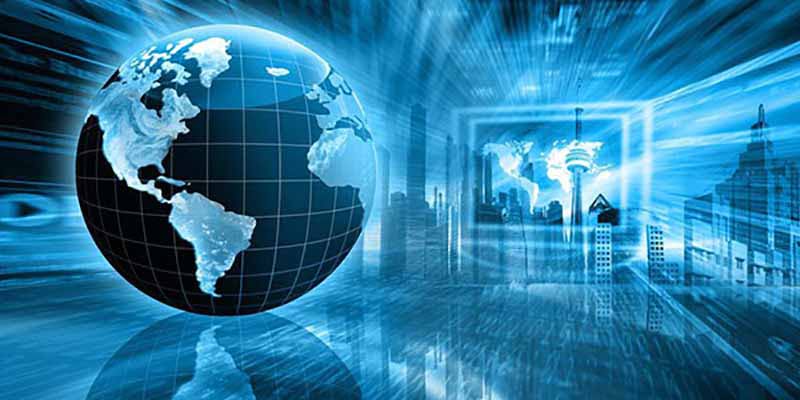 Here’s How To Get The Internet Speed You’re Promised

So you have a brand new high speed broadband connection. It’s cheaper than before and gives you so much more bandwidth. Still, you’re not quite getting the maximum promised download speed. What’s going wrong?

There’s more to an internet connection than simply going to a provider and paying for a plan. Going online will reveal an entire universe of information that goes into optimising your home internet. Everything from router specifications to port configurations. It might as well all be Klingon if you’re not familiar with technology.

Still, here are a few basic steps you can take to squeeze as much speed as you can from your internet.

Get a better router

Most home broadband plans now bundle a WiFi router and modem for free. It’s a great deal to get started, but let’s be honest – these are going to be extremely budget devices. This matters as routers have a maximum limit of bandwidth that they can deliver over WiFi.

In many cases these routers come with a wireless connection that can handle speeds up to 1Gbps (1000Mbps). They will also have two antennas that output the signal. One using the 2.4GHz band, and the other at 5GHz. This part is important because it is what affects your home connection.

Speed is not the only thing to consider in this case. The 2.4GHz band may offer less speed, but has more range and is better at sending the signal through walls. An important factor if you and your router are at opposite ends of the house. The difference between 2.4GHz and 5GHz is a tradeoff between speed and range.

This in mind, it’s important to know which band your WiFi router is currently using. Each manufacturer has a different default setting, and you should consult your user manual to find out how to change the settings.

Upgrade all your gadgets

This is not an upgrade for everyone. Most of you will be perfectly fine with what you read the previous section about getting a better router.

In late 2019, the Institute of Electrical and Electronics Engineers introduced the new WiFi 6 standard. This brings with it even faster wireless connections that can reach speeds three times more than the previous standard (in theory).

However, getting on WiFi 6 may mean upgrading everything in your house (phone, computer, TV, etc). Only the latest devices are able to work with it, and anything else will just remain on the older connection speed.

Let’s say you are being stubborn and want to stick with the faster 5GHz band. After all, you’re paying for all that speed and don’t want to let it go to waste. The best way to extend the range of your router’s signal is to buy a little gizmo known as a repeater.

What it does is simply to locate your WiFi signal and rebroadcast it again. This device then allows you to reach the corners of your house that your router doesn’t. Best of all, it doesn’t take much effort to set up.

A repeater is also very useful in the event that you have a big house that cannot be covered adequately covered by your router.

Wireless or cable, which suits your needs better?

Let’s be honest. Wireless connections will never provide you with the best speeds. There’s a variety of reasons this could happen; some listed here and others being a little more technical. Either way, you’ll be guaranteed to lose a little bandwidth no matter what router you’re on.

The best way to maximise your internet speed is to ditch the wireless connection altogether. You’ll have to sit a little closer to the router and directly connect a cable directly to your computer. A physical connection eliminates almost all interference, giving you the best possible speed.

Of course, this limits the number of people who can be connected at the same time. Each router has roughly four LAN ports for physical connections. Not to mention that there needs to be space for everyone to crowd around the router. In other words, it’s not exactly practical for a family using multiple devices needing internet access.

Other factors that can slow down your internet

Not every slow internet connection can be blamed on your WiFi. Most of the time it’s a matter of your apps updating themselves in the background. It doesn’t sound like much, but it can have a dramatic impact on your experience.

For example, Windows 10 has a habit of quietly downloading updates. You won’t know it’s happening, but you will notice that websites are suddenly loading slower than usual. Some people end up turning off automatic updates to spare themselves this problem. These people also end up with security problems and become vulnerable to malware.

Instead, you can schedule these updates for a time when nobody is actively using the internet. Setting your computer to check for updates between midnight and 6am is recommended; because you should already be asleep and not binge watching Netflix on a work night.

Finally, make sure you’re not the problem

There are many other ways of getting the most from your internet connection, but the most important is perhaps making peace with the fact that you will never hit your maximum speed. There is a variety of reasons for your internet being slower than advertised. Many of these reasons are actually outside your control.

If you’re wondering how that’s done, there are tools on the internet for testing this number. Just remember to do everything you can to optimise your home network first. You don’t want an engineer to come over to your house to point out that you’re the problem.

*This article was originally published on November 26, 2018 and has been updated for freshness.