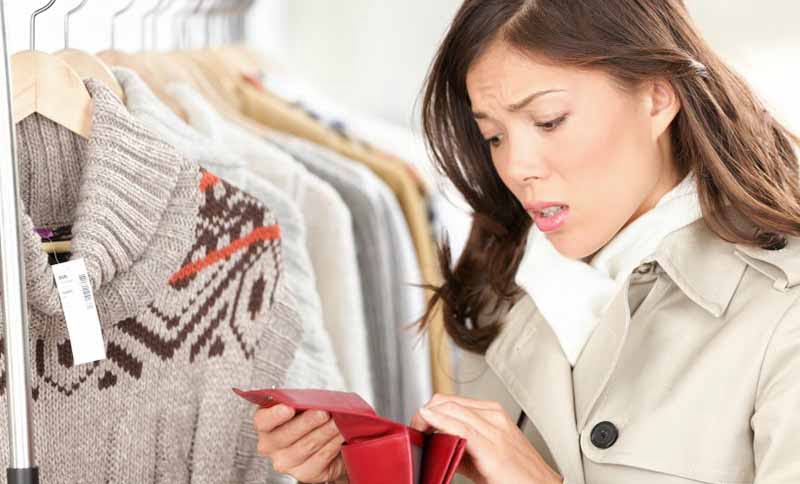 How Much Money Do You Really Need?

I don’t know if it’s a kiasu thing, an Asian thing, or just a normal person thing. But instinctively, I always feel that I don’t have enough money. I always feel like I need more.

Maybe it’s because we live in a culture where “more” is glamourised. We always want more. A nicer house, a bigger car, and a faster phone. A more spectacular vacation than last year; somewhere with a longer flight time and a higher exchange rate — so that more people will ‘like’ my pictures on Facebook and Instagram.

The difficulty is — all the above need money. But if the wants never stop growing, you need to continue to make more and more money forever.

Instead, I’d like to ask the reverse question today. How much is enough? At what point do the wants stop?

How much money do you really need?

1. How to retire early

One of my heroes is a guy nicknamed Mr. Money Mustache. He retired debt-free at 30 years old. But he’s not alone in the world of early retirement. If you’re an article addict like me, you’ve probably read about others who’ve saved enough money to fire their boss.

How do they do it? Here’s the formula:

The pattern I’ve noticed? It’s usually highly-specialised people (like lawyers and tech developers) who earn US dollars, and then choose to travel the rest of their foreseeable lives in cheap destinations. (And for those who choose not to travel, they still maintain frugal lifestyles at home.)

So the reality is that not many people will be able to do it. But if you’re wondering how much money you really need to retire young, here’s the secret:

If you have savings of 25 times your yearly expenses, you can retire today (the 4% Rule)

For example, if I need RM 5,000 per month today to live comfortably:

Why? Here are the assumptions:

What’s 4% of RM 1,500,000? Right, it’s RM 60,000. So, theoretically I can continue spending money like how I’m spending it today. And since I’m not touching the principal amount at all, I can continue like this forever.

Of course in life, shit happens. Emergencies happen. Accident babies happen. Critics of this kind of calculation will say that you can’t predict the future, so it’s not legit. Who knows if Donald Trump will take over the world and enslave anyone who didn’t vote for him?

But assuming things stay pretty stable, the 4% rule has plenty of safety margin built into it — to withstand non-Donald Trump types of catastrophes. It’s by far my favourite method for calculating how much money I would need — if I wanted to drop everything and just play guitar by the beach all day.

2. How to be financially stable

Of course, early retirement is going to be difficult for most people. And I hope I didn’t scare anyone off with talks of millions of ringgit.

So here’s a less dramatic way to look at how much money one needs. Instead of looking at that huge end-goal number, how about we look at monthly cash flow instead?

Simply, if we looked at money in and money out every month — how much money would you need to put you on the path to financial freedom?

This is what I would call financially stable:

If you were a company and had the above financials — I’d think you were fundamentally sound. If I were an investor, I’d probably invest money in you.

The only “problem” with this model though: It’s sustainable, but you’ll likely have to work until you’re old.

Unless you invest a lot more money for retirement than just 10%.

Unfortunately, I think most people are actually in survival mode.

Which means making enough money to just cover expenses. Meaning no money left at the end of every month. And being one emergency away from having to borrow money, or bankruptcy if they are already in debt.

The math behind survival is simple. If you just want to survive, the amount of money you need is equal to your spending. But since you don’t have savings, you’ll have to work until you die.

But who wants to work forever to just survive!? Everyone wants to be rich and retire early.

Well that’s true, which is why I ask, “Then why do most people spend money as if they want to work forever?”

I’m not trying to disrespect the lower-income group here. This one isn’t for them. I understand that it’s extremely difficult to escape poverty. This one is for the middle class who have choices. Of course, earning more money would help you be more comfortable. But a low salary isn’t the only reason you’re finding it hard to breathe.

You’re barely surviving because you spend too much.

Regardless of which of the above situations you’re in or aiming for, knowing your monthly expenses is the first step to improvement.

Because if you never have good control over your spending — you will never have enough money.

Here’s how to start: use an app to track your expenses. Personally, I use an Android app called Monefy. Every time my wallet comes out, I make a few touches and record the transaction. But try a few and see what you like.

(I won’t judge you if you prefer to use buku tiga lima.)

You’ll discover spending patterns that you’ve never realised before. I’ve always prided myself on being thrifty with my money. But even then, I was really surprised once I started tracking this year. I discovered I had been spending too much on entertainment, and not enough on other important things in life.

Now that I’ve started tracking my money, my expenses are a lot more optimised.

Some capitalist entrepreneurs and motivational speakers out there probably do not agree with this article.

“Why limit yourself?” they complain. “The amount of money you can make is unlimited, so aim for the stars!” they may say.

I don’t deny that. Theoretically, it’s true that anyone can make millions, hang out with Leonardo DiCaprio, and own luxury properties in New York and Los Angeles.

Practically though — I know most people aren’t going to. Instead of trying to earn unlimited money, most people would be better off first figuring out how much money they need. And then making wiser life decisions based on that.

Because knowing exactly how much money you need leads to happier questions.

If you’ve already exceeded your financial goals, you can then relook at your priorities in life, such as cutting down work time and spend more quality time with the family.

If you already have a sustainable cash flow, maybe it’s time to venture into that hobby-business you’ve always wanted to start.

Or maybe you can do it the old-fashioned way: downgrade your lifestyle, spend less money, and retire earlier. Then spend the rest of your life doing whatever you want.

Image from I Manage My Income