Home › Latest Articles › Broadband › Do You Need A Mesh WiFi Network At Home? 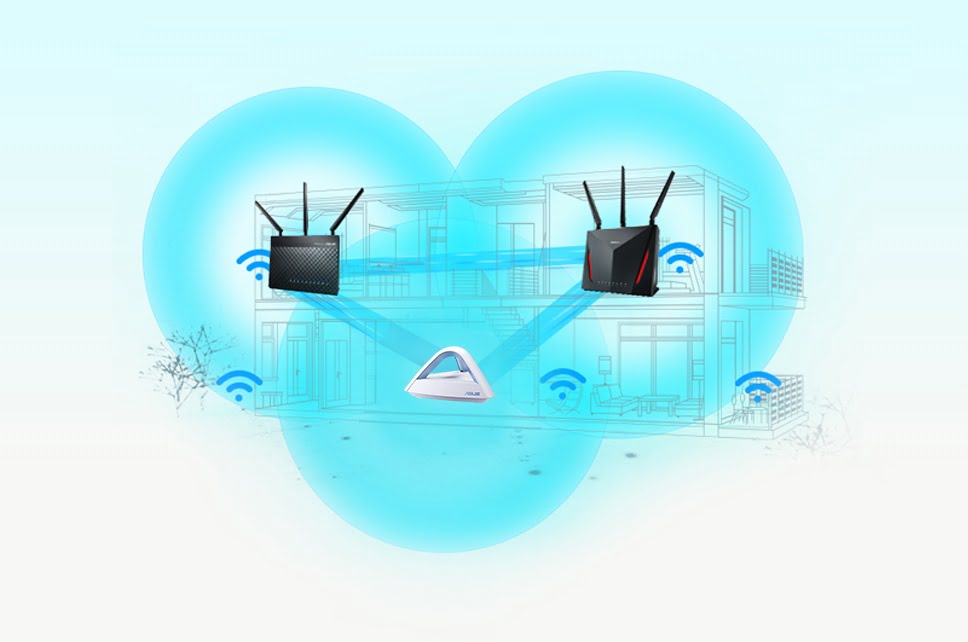 Do You Need A Mesh WiFi Network At Home?

Mesh WiFi is the next biggest thing in wireless connections; as evident from home broadband providers now offering it as part of their subscriptions.

As is the case with new gadgets, the benefits may not be obvious from the beginning. After all, the name doesn’t quite tell anyone what Mesh WiFi does or how it works. Or who actually needs this sort of technology.

So what is Mesh WiFi?

To keep it simple, Mesh WiFi is simply linking a bunch of routers to increase the range of your home network. It’s meant to overcome the limitations of having a single router; evening out your home WiFi coverage to increase speed and eliminate dead zones.

Think of it as looking like a spiderweb of routers connecting to each other. Creating a giant WiFi network that can reach places that traditional setups could never dream of achieving.

Current Mesh WiFi technology allows for up to 50 routers to be connected at the same time; although most people won’t have the space to actually need that big a network.

Why does this matter?

In optimal conditions, 2.4GHz WiFi signals can reach as far as 50m; while 5GHz signals have roughly half that range. This is assuming that there is nothing between the router and your computer.

However, solid objects (like walls) interfere with 2.4GHz signals more than 5Ghz. So, while your home layout may cut your 2.4GHz network down to 25m (in theory), your 5GHz network might barely extend out of a single room.

Placing additional routers will extend this range, ensuring that you get the most from your home broadband. Especially if you’re looking to use the faster 5GHz WiFi signal.

How is it different from a WiFi repeater?

A traditional WiFi repeater doesn’t really extend a network. Instead, it creates its own network while also connecting to your old one. All it does is broadcast everything it receives to the appropriate device.

It basically acts as a kind of pitstop for your data to refuel while on its way to your WiFi router.

In this case, there is only a single road for the data to travel. No matter if there is congestion at the router or if there are bottlenecks that interfere with the signal.

Mesh WiFi routers instead form a single seamless network. Each will actively connect to every other router in its range. These will then communicate to figure out the fastest way to transmit your data to the modem, which increases overall speeds and reduces latency.

If necessary, Mesh WiFi routers will actively skip connecting to routers with congested bandwidth. Instead, it will keep looking for faster paths in order to keep the information flowing smoothly.

Keeping with the road analogy, Mesh WiFi instead allows for alternate routes for your data. It’s kind of like being able to avoid jams on highways and take smaller roads that take less time (even if they might travel further).

Security is a big deal for modern networking equipment, especially as the internet-of-things continues to expand. People are becoming more aware that they need to monitor their home network activity to ensure that none of their devices have been hijacked (or at least they should be more aware).

Due to this, most Mesh WiFi systems being sold also come with additional tools to monitor and control the network. This often comes in the form of mobile apps, making them easier for the average consumer to access.

These tools do not actively tell you that your devices have been infected by malware, but they do let you keep tabs on what everyone is doing. This feature may, or may not, help you spot malware activity.

Is it for you?

This is basically the question that everyone wants to know about Mesh WiFi. Is it something that you need? That depends on your current situation.

Those living in flats or apartments are unlikely to have the kinds of problems that Mesh WiFi is designed to overcome. Basically, your flat isn’t going to be big enough to cause range problems for a single router; and if you’re having those problems you might just want to get a more powerful router instead.

Instead, Mesh WiFi is meant to cater to those large homes. It’s also very useful for those living in homes with a lot of internal walls – like townhouses that are built tall instead of wide.

Additionally, setting up a Mesh WiFi network can get expensive. Each satellite router can cost upwards of RM300, and most starter kits don’t come with more than a couple of units. In other words, it will cost a substantial amount to cover every corner of your house.

Basically, Mesh WiFi is useful for those who need to cover large spaces with high speed internet. This might be for homes that are trying to avoid bottlenecking their 1Gbps home broadband connections; or it could also cater to small startup offices that want an easily manageable network.

If you’re facing WiFi problems at home, then Mesh WiFi is definitely for you. Doubly so if these problems are caused due to network range issues.

On the other hand, several home broadband plans – like Maxis and ViewQwest – now include free Mesh WiFi routers. So there really is no reason to avoid them if they come at no extra cost.