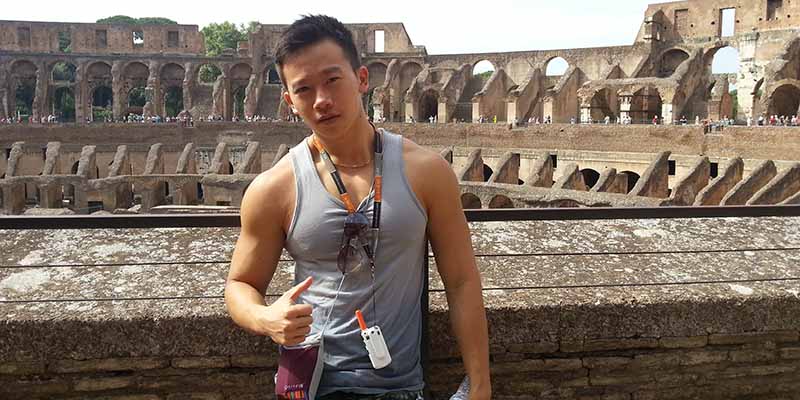 Hernando Taniko, 24, spent most of his free hours playing online games like Dota 2. He even watches Dota 2 game replays every lunch hour at the office to improve his own game.

You may think that’s a little extreme, but knowing how vast the potential is in the online gaming industry, Taniko is on to something.

This year, the top 16 participants of the Dota 2 tournament, The International (TI), will take away a total prize purse of US$17.7 million (RM67.5million) this year. That’s about US$7 million (RM26.7 million) more than last year’s prize pool. 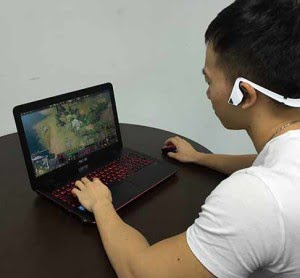 Beyond Godlike! Taniko playing a game of Dota 2.

“Yes, it sounds completely ridiculous. To most people, gaming may be a waste of time, or just a hobby, and we are all better off working hard at our desk job until we turn 60. But which other jobs give you the chance to earn millions before you hit 25?” asked Taniko.

Not many desk jobs give you the opportunity to earn a few million US dollars, and they are sure not as fun as playing Dota 2!

For those who don’t know, here’s a little refresher for the noobs, Dota 2 is a multiplayer online battle arena video game developed by Valve Corporation, originally based on the Warcraft custom map, while TI is an annual eSports Dota 2 championship tournament hosted by Valve.

The tournament this year is set to begin on August 3 and end on August 8, 2015, which means the prize pool will continue to increase until then.

Like most people, Taniko steered away from the path less taken and join the corporate world, but still wished that he could be a professional gamer because of these reasons:

1. “If you win, you can earn more money than your entire career.”

“Excuse me for stating the obvious, but you could easily become a multi-millionaire by finishing the tournament in the top eight positions,” said Taniko.

This year’s TI will see even the 15th and 16th places taking home US$51,888 (RM197,827)! However, do bear in mind that this is a team sport, and you will have to split the winnings with your team members. But even then, you will see your wallet fatten up real good, and if you are lucky, for life.

What’s the breakdown for the prize money compared to last year?

“Let’s be honest. If you are a 22-year-old fresh graduate with a starting salary of RM2,500 a month, it would take you more than your lifetime to earn RM4.7 million. I’m not kidding!” Taniko snickered.

And that’s assuming an average increment of 3% per annum. If you are planning to retire at 60, you would only have raked in RM2.1 million in total!

“So, remind me again, why are we slaving away at our desk when we could be playing games and earning way more?” Taniko asked, rhetorically.

You may think that most professional e-gamers are just sitting in a dark room, playing games, and eating instant noodles until they make it to the tournament, and eventually win the prize money.

“Yes, that happens, but there’s so much more to e-gaming than that! Similar to a football player, most professional gamers get sponsorships and even salaries while they train for competition. So, the mind-boggling prize money is really the biggest cherry on top of the biggest cake they get,” explained Taniko.

The salary of a professional gamer increases in tandem with the skills and popularity. According to The Daily Dot, the top 50 players of Dota 2 have all earned more than their counterparts, playing other e-games.

The highest earning player so far, Johnathan “Fatal1ty” Wendel, is the world’s first prominent professional gamer, cashing in US$454,544.98 (RM1,734,270) from 35 tournaments. He is known for playing first-person shooters, and that has earned him massive cash prizes and sponsorship deals with major computer hardware companies. 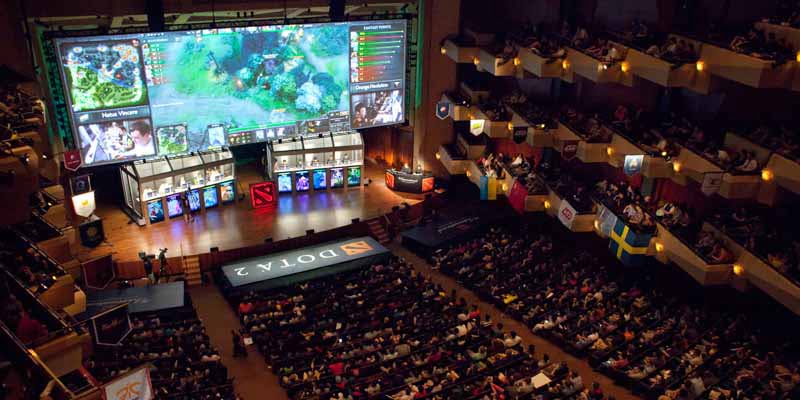 3. “You get to travel the world when others are still in school.”

Not many jobs come with the perks of traveling around the world – for free. However, being a professional gamer, this will be a big part of your job description.

“With competitions around the world, you are expected to travel to play. Just like other professional sportsmen!” Taniko said.

The International may be the biggest Dota 2 tournament in the world, it certainly isn’t the only one. With tournaments like the Gaming Paradise 2015 held in Slovenia, the MarsTV Dota 2 League in China, and World Cyber Arena as well as the Red Bull Battle Grounds: Dota 2 in the US, travelling will definitely be a big part of your job description as a professional gamer.

The best part is, all this can happen before you even graduate from high school.

“Most professional gamers are often male-dominated and mostly Southeast Asian. Plus, players tend to be very young with some pros starting as early as 14, when their reflexes are the sharpest,” he added.

One of the famous League of Legends players from Korea, Lee “Faker” Sang-hyeok started playing professionally at 16 years old and went on to win the World Championships with his four teammates. According to esportsearnings.com, he raked in more than US$260,000 (RM991,317) in just one year of playing professional e-gaming.

Taniko understands that he may get flamed for straying from the conventional way of life by encouraging youngsters to consider professional gaming as a career (some may not even need this encouragement). But in this day and age, getting paid for gaming is really not that far-fetched. We have people getting paid for being on YouTube, Instagram and Facebook.

“But this year, the Malaysian team, was signed on to team Fnatic, a United Kingdom based team, probably with a lucrative sponsorship deal,” he explained.

According to Taniko, Dota 2 should not be the only eSport new gamers bank on. Even though the top 50 highest earning professional gamers all play Dota 2, the money in the market is not fairly or evenly spread out.

“It’s not that crazy to be a professional gamer today, but it takes serious skills and commitment. It does open up a new career opportunity for the younger generation today. If you are good at something, even if it’s gaming, you will make a name for yourself. And money will come naturally!” said Taniko.