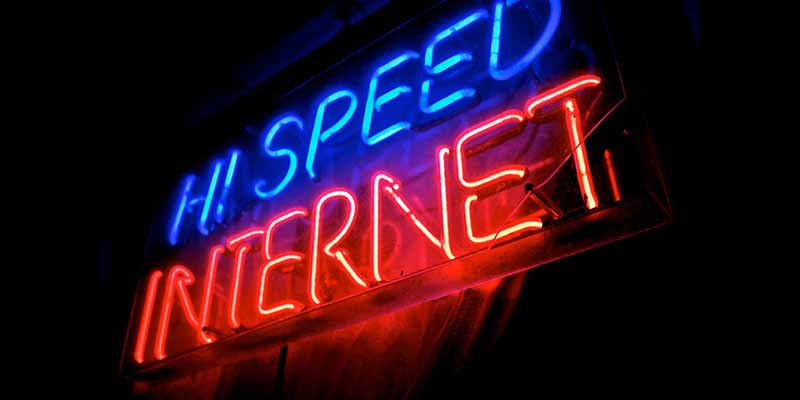 About a quarter of Malaysians cannot go online at home to pay bills, send an email, apply for jobs, or research health issues. They are lacking what has become a staple in modern society and a human right in others – an Internet connection at home.

Broadband penetration rate is a good indicator of a country’s state of development. High-speed broadband is critical for economic growth, as stated in the 11th Malaysia Plan. According to an International Telecommunication Union (ITU) 2012 report, a 10% increase in broadband penetration will contribute 0.7 percentage point increase in Malaysia’s Gross Domestic Product (GDP).

As of the second quarter of 2015, Malaysia’s broadband penetration rate per 100 household stands at 72.2%, according to Malaysian Communications and Multimedia Commission’s (MCMC) latest data. 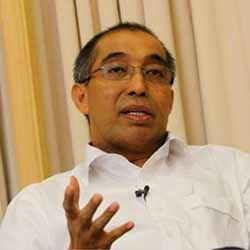 Recently, Communications and Multimedia Minister Datuk Seri Dr Salleh Said Keruak, came under fire when he wrote on his blog that Malaysians preferred packages with slower Internet speeds of between 384 Kbps to 1 Mbps although faster connections were available.

This is based on data released by MCMC, where 71% of Malaysians prefer cheaper Internet packages with slower speed. This figure does not accurately explain why Malaysians opt for slower Internet, and is definitely disputable as it omitted key factors such as infrastructure, coverage, pricing and plan availability.

People who are willing to pay more for higher speed Internet may be deterred due to these reasons.

What do Malaysians really want?

Evident in the data above, Malaysians do consider the quality of their Internet service. This is further supported by the data collected by iMoney’s between April and September 2015 through applications for broadband on its Broadband Smart Search. The users are mostly from Kuala Lumpur, Selangor, Penang, Johor Bahru, Ipoh and Melaka. 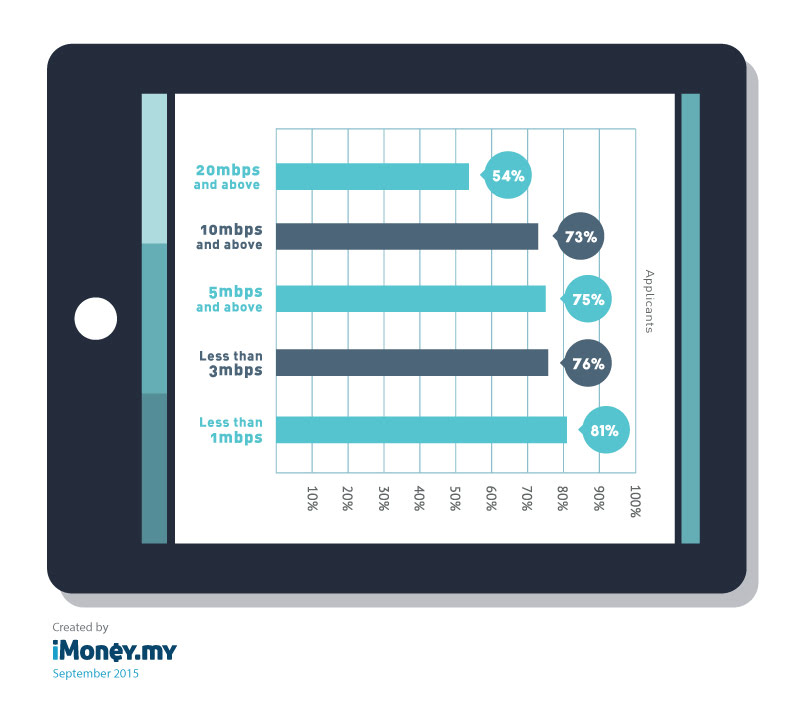 More than half (54%) of users seeking broadband, applied for broadband packages with speed of 20 Mbps and above, despite being aware of the high cost of between RM179 and RM421.88. While those applying for lower speeds were mainly driven with the knowledge that their areas lacked the coverage for higher packages.

So, what are the real deterrents?

Based on the information collected by iMoney, more than half (59%) of those who went through the tool did not get the broadband package that they initially wanted.

Why Malaysians are not getting high-speed Internet

The above data shows that most Internet applicants prefer high-speed Internet, but are unable to subscribe to it due to the lack of infrastructure to support. With better facilities and infrastructure it is without doubt that these Malaysians would opt for and enjoy high-speed broadband.

Broadband penetration rate is important, but it is equally important to ensure the quality of service matches the expectations of the users. With the lack of options due to technology restrictions such as lack of infrastructure, coverage or availability of ports, not every Malaysian is able to access good broadband services and thus settle for lower speed packages.

What is clear is that Malaysians want high-speed internet but they run up against barriers like availability, coverage and finally high price. The issues of coverage which are compounded by the issue of pricing, should be addressed by the relevant authorities in order to ensure Malaysians get suitable Internet service in order to keep on our track to become a developed nation.