This year has been a crazy financial roller coaster ride, starting from a downward slide of the Ringgit, to the most unwelcomed implementation of the Goods and Services Tax (GST), and ending with various price hikes like cigarettes, tolls and LRT fares.

iMoney looks back at some shocking, and some unsurprising, but mostly disappointing news stories that shaped 2015.

The Ringgit started on its descent against US dollar and was labelled Asia’s worst performing currency. The currency took a plunge as January’s worst-performing currency over concerns that a protracted drop in crude oil would weigh on the oil-exporting nation.

This resulted in Ringgit falling to a new 2009 low after Brent slid 2.3% overnight on a report showing US oil stockpiles climbed to the highest level in weekly data dating back to 1982.

Starting on a wrong note, the second month of the year was met with an upward revision of motor insurance rate.

However, this hardly came as a surprise as the rates have been revised upwards yearly in February since 2012 under the New Motor Cover Framework.

It is not all bad news. If you are one who loves being rewarded for all your payments, this is one piece of news that you can celebrate. Year 2015 marks the year where all taxpayers in Malaysia can opt to pay for their income tax with their credit cards. If you did use your card to pay your taxes back in April, you would have enjoyed the reward points or cash back you received on that payment! April was one of the most memorable months for the country, as it is the month that GST was finally implemented. Having a plate of mee goreng, buying a tube of toothpaste, and even buying certain health supplements cost more after April 1 this year.

When it was first implemented, most consumers and merchants were still confused about how it works, but after nine months of implementation, Malaysians were getting used to it. However, according to a Jobstreet survey, 90% of employees in Malaysia were struggling to cope with the finances post-GST.

As if dealing with GST was not a big enough headache, the Employees Provident Fund (EPF) threw a shocking idea to the public – changing the minimum withdrawal age to 60! Needless to say, that didn’t bode well with most contributors, especially those who were nearing retirement.

Yes, smoking is bad for health. We’ve been reminded numerous times in the form of gory images on every cigarette box we see. However, those images were not enough to stop a puffer from smoking. Maybe another hike on cigarette price would do the trick?

Image from The Vitality Institute

Effective August 1, 2015, the Government had increased the minimum price for a pack of cigarettes from RM7 to RM9. This was a good move, especially to deter youngster from buying cigarettes, but not so much for the seasoned smokers.

When the Ringgit was stronger, parents had to fork out an extra of RM150,000 to RM180,000 for an Australian education. Now, they would have to fork out even more. To lower the financial burden on the students, many universities structured their programmes to reduce the number of years overseas to complete their study.

This month was one of the busiest month, financially speaking. On October 5, 2015, the Trans-Pacific Partnership (TPP) agreement was finally reached among 12 Pacific Rim countries after seven years of negotiations.

The agreement came under scrutiny and criticism, especially among global health professionals, internet freedom activists, environmentalists, trade unions, advocacy groups, and elected officials, largely due to the secrecy of negotiations, the agreement’s expansive scope, and controversial clauses in drafts leaked to the public.

The agreement will have to be signed and ratified, according to the national procedures of the countries concerned. According to Canadian Prime Minister Stephen Harper, he expected “signatures on the finalised text and deal early in the new year, and ratification over the next two years.”

Just days before the much anticipated Budget 2016 was tabled, a dreadful announcement was made. Eighteen highways saw a hike in toll rates by a RM0.30 to a whopping RM3! The highest increase was at Lebuhraya Sprint, from RM1 to RM2 (100%), while Kerinchi Link is now RM2.50 (from RM1.50).

While still reeling from the toll hikes, Malaysians were anxious to find out how the Government was planning to cope with the continuous slide in oil prices and also the weakening Ringgit as they announced Budget 2016 on October 23, 2015.

Some of the most notable highlights from next year’s budget was the focus on the bottom 40% households in the country, especially on entrepreneurship and also slightly higher BR1M amount. For the middle income group, there wasn’t much for them except for the higher child tax relief, spouse relief and a new relief for those who are caring for their aging parents. 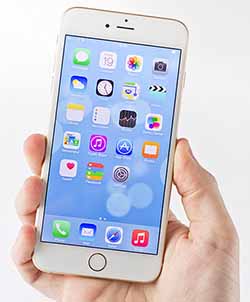 Image from The Fiscal Times

For those who were able to cope financially by October, you would be thrilled that iPhone 6s and 6s Plus were released this month too. But again, due to our weak Ringgit, the newer versions of the phones are now significantly more expensive than their predecessors.

This proved to be a bad year for smokers in Malaysia, as the Government threw another shocker with one of the highest increment for cigarettes in years.

British American Tobacco Malaysia (BAT Malaysia) led the raise in the cigarette prices following the increase in excise duties of more than 30%. A pack of Dunhill now cost a whopping RM17, a 23% increase from RM13.80 previously.

Just before we usher in the New Year, commuters on public transportation may have to downscale their New Year celebration as fares for KTM and LRT spike on December 2, 2015.

KTM Komuter fares were increased by RM0.04 per km (from RM0.11 to RM0.15 per km) for the Tanjung Malim-Sungai Gadut and Batu Caves-Port Klang routes, while LRT and Monorail fares were charged according to distance as the new ticket price would consist of a basic trip cost of RM0.70, with a formula for different blocks of distances. For more information on the increment, click here.

Amidst all these, the U.S. raised its target federal funds rate to a range of 0.25% to 0.5%, its first rate increase since 2006. According to Barclays, Malaysian Ringgit is a little bit more vulnerable to Fed hikes, tightening in dollar liquidity and capital outflows. They also opined that Ringgit and Indonesian Rupiah may be more susceptible to weakness in 2016.

It has been quite a challenging year for Malaysians, with implementations like GST and also various price hikes, driving cost of living even higher. Will 2016 be a better year? With higher electricity rates and KLIA Ekspres fare looming ahead (just to name a few), it would be wise to up your financial game next year to cope with any financial uncertainties that may be coming your way.

Choosing the right financial product becomes essential to survive financial. Find out which credit card can help you keep your cash in your wallet!