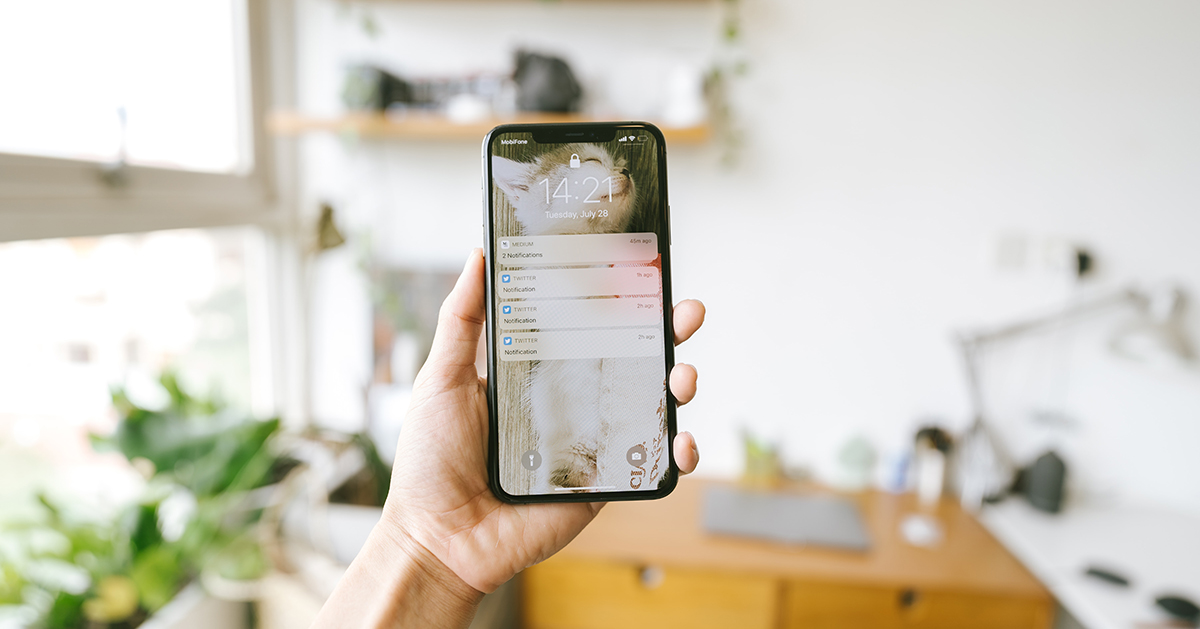 Which Is The Best Postpaid Mobile Plan In Malaysia?

In fact, according to DataReportal’s survey, we spend a whopping four and a half hours a day using mobile internet! It’s no surprise then, that there is a high demand for the best deals when it comes to mobile phone plans.

But which postpaid mobile plan really gives you the best deal to fuel your love for your smartphones? There’s a lot of talk and preference individually, but here’s the breakdown of what you need to know when choosing the right mobile plan. To help you out, we compare these features against five popular telcos in Malaysia: Celcom, Digi, Maxis, U Mobile and Yes.

Always running out of data? Or maybe you have too much unused data at the end of every month? It may be time to review your mobile plan. You could be paying more than you need to by subscribing to a plan that doesn’t suit your needs.

On the other hand, if you have fallen for a plan’s cheap advertised price only to discover that you will end up paying much more, then it’s also important for you to compare what you are getting for each gigabyte of data.

Telcos typically offer two types of mobile plans: one with high-speed internet (but with limited data), or one with unlimited data (but with capped speeds). Here’s a comparison of a few entry or mid-range plans among the telcos.

U Mobile is the only telco that offers both unlimited data and high-speed internet in one plan at a fairly affordable price of RM68 a month.

Alternatively, Yes also offers good value for money, with a whopping 100GB for RM49. It also allows you to use all that data for hotspot, which is not a common feature among other mobile plans.

Among the three telcos that offer unlimited data plans, U Mobile is once again the most cost-effective telco. But it also has the lowest maximum speed of up to 5Mbps. Google Support suggests that this is good enough to watch 1080p HD videos on YouTube. However, U Mobile’s terms and conditions notes that this plan only allows you to stream video at standard definition.

If you want both unlimited data and high-speed internet, you can go for U Mobile’s GX68. But U Mobile’s average download speeds (even when uncapped) can be lower than other operators.

If you want the best unlimited data experience, consider Digi. You’ll have to fork out a pricey RM150, but you’ll get both unlimited internet, no speed caps and unlimited hotspot.

However, do note that ‘unlimited plans’ may not literally offer you unlimited bandwidth. Your plan will come with a Fair Use Policy, which means that you cannot use your available bandwidth in a way that can be interpreted as abuse of your telco’s services. If you’ve been using an extraordinarily large amount of data (eg, consistently using your data to torrent large files), your telco could suspend your service. This data limit will vary according to your telco, and not every telco will reveal what this limit is.

U Mobile offers the best value for money when it comes to getting more data.

What’s the point of having unlimited data if your download speed is reminiscent of dial-up?

Though your telco may advertise a plan as having “high speed” or “uncapped speed”, your actual speed will depend on factors such as the network infrastructure your telco is operating on, your distance from the cell tower, concrete walls, and how congested your telco’s network is.

OpenSignal, a source on the coverage and performance of mobile operators worldwide, has compared the average download speeds of the following telcos in Malaysia:

Digi comes out top with the highest national average download speed of 13.3Mbps.

Once upon a time, we used our phones to make calls and to send SMSes. Though these may not be the most used functions today, it’s still important to know how much you are being charged.

It’s pretty common for telcos to offer unlimited calls and texts nowadays, but some still don’t. You should take the time to ask about call charges if this is something you find yourself doing often.

When it comes to unlimited calls, choices abound. All the mobile operators we compared offer unlimited voice calls to any network. Additionally, Maxis plans also offer unlimited SMSes.
The winner

Maxis wins this category, as all their plans have unlimited calls and text. However, Maxis plans are generally pricier. If you need unlimited calls but can do without unlimited texts (a high likelihood, considering the popularity of internet messaging apps), then consider Celcom, Digi or U Mobile instead.

What happens if you don’t use up all the data quota? Typically, your unused data will be forfeited and you start on a clean slate the next month.


The winner
Digi is the default winner, as it’s the only operator that allows you to carry forward unused data.

One of the best ways to lower your household mobile phone bills is to get supplementary lines instead of getting individual lines for every family member.

However, to ensure you truly maximise your plan, you will have to do the maths. Consider how much data you and your family need, and then look for the cheapest plan for the amount of data you need.

Here’s a comparison of supplementary lines among all the telcos:

How much do supplementary lines cost?

Yes only offers supplementary lines under its Unlimited Family Plan, which seems to be discontinued from their online store, so we’ve omitted it from this comparison.

Overseas travel is probably not the first thing on your mind right now. But when it’s eventually safe again, you may want to make use of your mobile plan’s data roaming feature. Here’s how this feature stacks up among the various telcos:

How much do you pay for data roaming?

U Mobile doesn’t charge anything when you’re in one of these 12 countries, making it the clear winner in terms of affordability. For countries not listed, U Mobile charges RM10 or RM36 per day for unlimited data, depending on the country.

This has always been quite subjective among the mobile users, as some are pretty happy with what’s being offered by telcos, while others express regret and disappointment as they port out of one telco to another.

The Malaysian Communications and Multimedia Commission (MCMC) revealed that in June, Celcom had 12,056 complaints from customers – the highest among the mobile service providers. Maxis had 8,926 complaints, while Digi had 8,056. For context, in the third quarter of 2020, Maxis had the highest market share of subscribers in Malaysia, followed by Digi, then Celcom. However, the MCMC also noted that the number of complaints were unusually high in June, thanks to the Movement Control Order.

So how do the service offerings of these telcos fare in real-world usage? In OpenSignal’s latest Mobile Experience Awards, U Mobile came up top in three out of seven categories. But OpenSignal notes that it’s also one of the worst performing telco when it comes to 4G coverage experience. 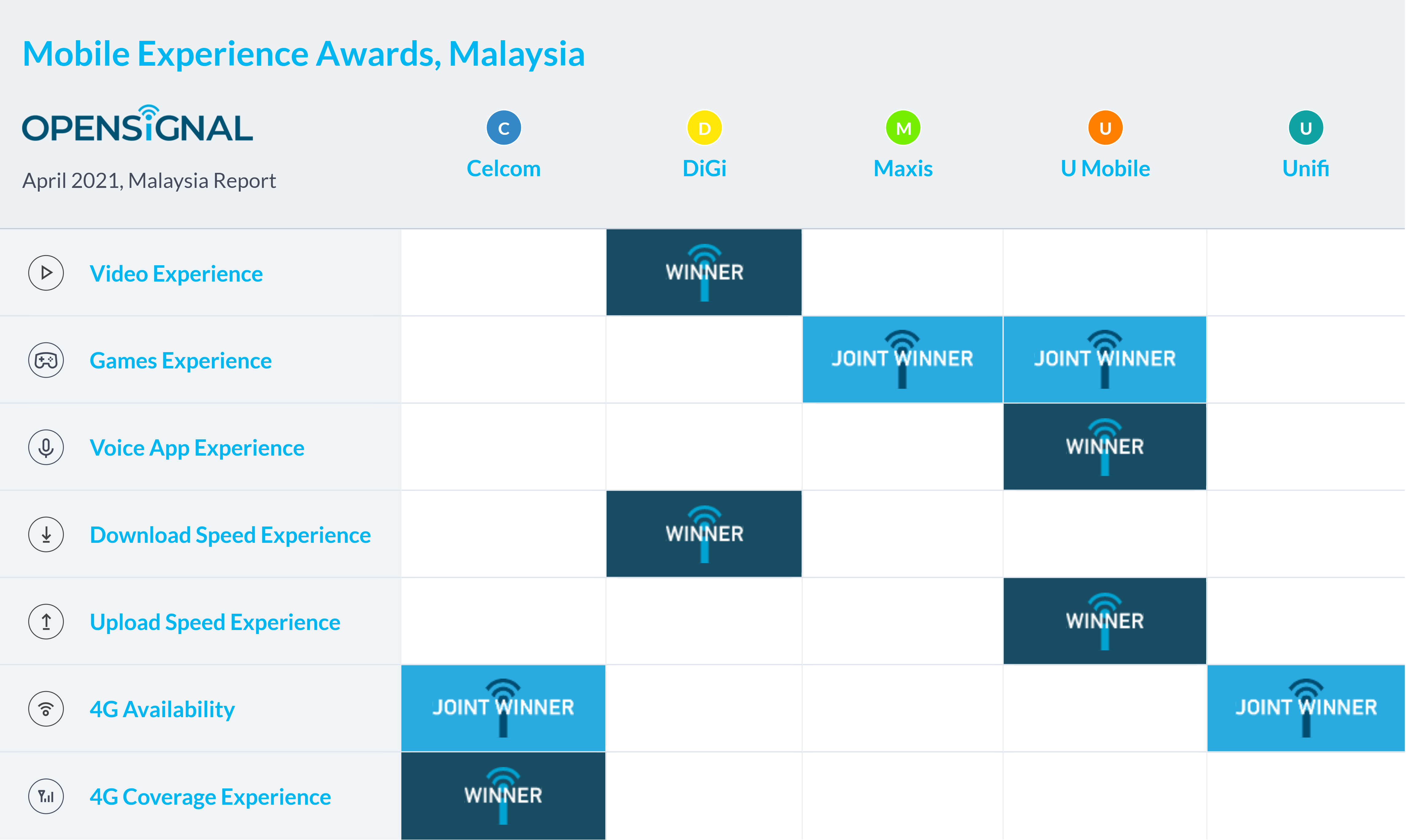 Based on the comparison above, here are the best postpaid plans that deserve your attention, based these usage criteria:

But as usual, while we’ve suggested a few value-for-money plans above, consider if you have specific usage needs and budget constraints before signing up. If you want better perks from your mobile plan, it’s perfectly alright to spring for more expensive plans if they’re within your budget. On the other hand, if you’re looking to save more money on telco fees, consider these mobile prepaid plans instead.