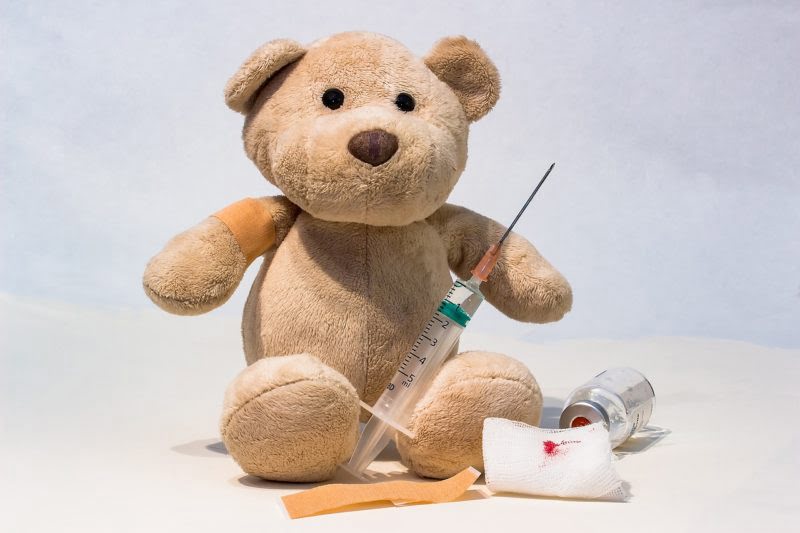 Here’s How Vaccination Can Save Lives And Money

According to the World Health Organization (WHO), health is not merely the absence of a disease but a state of complete physical, mental, and social well-being. However, in order to achieve such state, our physiological needs must first be met – that’s according to Maslow’s hierarchy of needs. With that being said, our physical wellness, the first layer of our health, can make or break our overall wellness.

Today, while getting sick is still inevitable, safeguards from various illnesses are easily available, for free! Part of the government’s health program is to fully immunise everyone from certain illnesses from a young age through vaccination.

In Malaysia, some vaccines are immediately given to a newborn, while a full series follows throughout childhood, in order to eliminate the common diseases that put children at risk. To date, illnesses such as diphtheria, tetanus, pertussis (whooping cough), poliomyelitis (polio), measles, mumps, rubella, and haemophilus influenzae type B infections are now completely avoidable through vaccination.

How can vaccine save…. Money?

Vaccines are considered to be among the greatest human inventions of all time. They are directly responsible for the increased life expectancy we enjoy by preventing childhood death from diseases such as measles, pertussis, and diphtheria. The CDC estimates that, among children born in the last 20 years, vaccinations will prevent more than 21 million hospitalisations and 732,000 deaths.

But beyond saving lives, this reduction in disease means a reduction in the cost of treating these illnesses. This translates into vaccines being not only lifesaving but money-saving as well.

How exactly do vaccines save money?

When a child gets sick with a vaccine-preventable illness (as with any serious illness), he or she will need to seek treatment and this, of course, is going to cost money. Now if the child gets a serious complication, he or she may need to be hospitalised, and in worse cases, treatment could drag on for weeks or months.

So there are hospital bills, medications, and doctor visits before, during, and after the illness. Tragically, if there are long-term complications, such as deafness from mumps or brain damage from measles, there will be costs associated with this as well (adaptive devices, special education requirements, etc.).

Hospitalisation in a public hospital is thankfully low cost for a non-private room, starting at only RM3 per day. However, those suffering from highly infectious diseases like measles are usually kept separate from other patients for fear of spreading the disease. Which means you are looking at charges of between RM90 and RM120 per day for a room with a single bed.

That doesn’t even begin to include medication and checkup fees.

If you want to eliminate or at least minimise the chances of your child getting sick, complete their vaccination. The less trips you make to the doctor, the less expenses it will impose on your pockets. While these vaccines may only prevent common illnesses, these illnesses can progress to more complicated diseases, which can be difficult and expensive to treat!

At what age should you immunise your child?

Different vaccines are given at different periods in a child’s life. Upon birth, they are immediately vaccinated against certain diseases, while some vaccinations are given at a later age. These vaccinations can last a lifetime and are given for free by the government through its Maternal & Child Health Programmes.

The standard routine immunisation schedule for infants in the Malaysia is adopted to provide maximum immunity against the seven vaccine preventable diseases in the country before the child’s first birthday. The fully immunised child must have completed a vaccine course of BCG, Hepatitis B, DTaP, Hib, Polio, and MMR before he or she reaches 12 months of age.

Children from Sabah receive additional an vaccinations against Measles, while those in Sarawak are immunised against Japanese Encephalitis.

The following is the Ministry of Health‘s recommended immunisation schedule:

Millions of vaccines are administered every year. These prevent many from suffering and save many of lives. Scientific studies have well established their effectiveness. Side effects such as fever and body malaise may be common, but complicated ones are relatively rare and usually mild in intensity, limited in duration and easy to treat.

The modern vaccine scare comes from a British doctor by the name of Andrew Wakefield, who claimed to have found a connection between the MMR vaccine and autism. However, it turns out that his claim was due have been paid by lawyers who were looking for evidence to settle a litigation case.

Wakefield has since lost his license to practice medicine and has been accused of scientific fraud. Later studies have found no connection between vaccines and increased susceptibility to childhood diseases.

How much does vaccination cost?

Getting vaccinated in Malaysia is quite affordable if not free. The Maternal & Child Health Programmes coordinate with a range of private and public healthcare providers to ensure that children are vaccinated.

In fact, some vaccines are delivered directly to children in school. All without the need for parents to take their children to a clinic.

By complying with the community’s efforts to implement vaccination, not only will you be ensuring the future of your family’s health (and wealth), but you’re also doing the public a favor by lessening the risk of cross infection. It’s important to remember that when a child gets sick and hospitalised, there are costs beyond simply treating the illness.

The parents may have to take time off of work, incurring loss of income. There may be insurance co-payments to meet. If the child has long-term consequences from the illness, there may also be lost opportunities for income. And, if this child is inadvertently exposed to others, it might lead to a cascading public health crisis, causing daycares to shut down and public health agencies mandating quarantines.