Home › Latest Articles › Budget 2019 › RM1 Trillion Debt: How Is The Government Dealing With It? 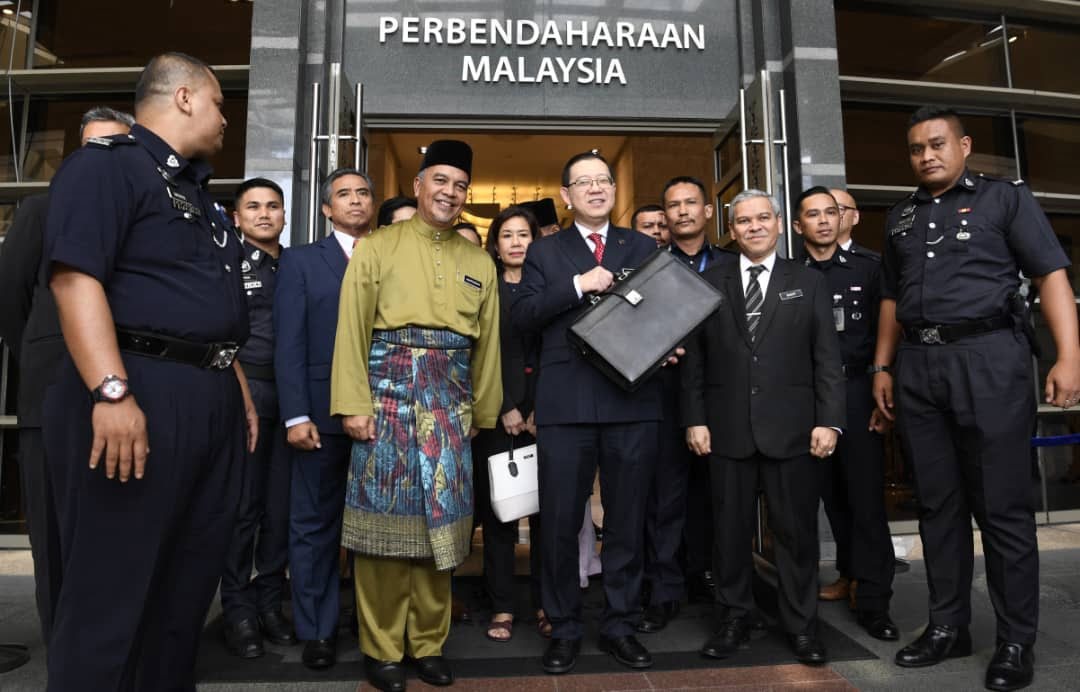 RM1 Trillion Debt: How Is The Government Dealing With It?

Finance Minister Lim Guan Eng started his budget speech with the thing that is on everyone’s mind: the RM1 trillion national debt. Rumours flew before the announcement that this would be a belt-tightening exercise, and people should be prepared for hard times ahead.

Naturally, the government would be expected to deal with the massive debt elephant in the room. Yet, those cost-cutting measures never appeared. If anything, the Pakatan Harapan government has increased government spending. So, what’s the deal?

What is the government spending on?

The threatened removal of government handouts has not materialised. Instead, it has been streamlined into a tiered living assistance system; starting with RM1,000 per month for households with incomes of less than RM2,000, RM750 for the next bracket up to RM3,000, and RM500 for those with less than RM4,000.

Additionally, there is an RM120 per month for each child in the household under the age of 18 (up to a limit of four children). In all, this allows the lowest income brackets to claim as much as RM1,480 per month of living assistance.

Allocation for Sabah and Sarawak has also been increased to RM5 billion and RM4.436 billion from RM4.133 billion and RM4.336 billion respectively. This includes the continuation of the Pan Borneo Highway project that began under the Barisan Nasional administration.

The orang asli community have also seen their budget allocation increased from RM50 million to RM100 million. The funds will be used for the development of their communities.

Multiple tax breaks are also being given to companies for a variety of socio-economic programmes, including those to encourage the employment of ex-convicts and even breaks for corporations that offer to pay off their employee PTPTN loans. Not to mention the establishment of a national Health Protection Fund that will provide minimal insurance coverage for the B40 (most of whom can’t afford insurance to begin with).

Then there is the RM5.9 billion budget allocated to the Ministry of Defence and Home Ministry, a number that nearly doubles what the two received back in 2018.

Where is the money coming from?

As a supposedly “lean” budget, there really isn’t that much missing from the plan. On the surface, it definitely looks like the government is planning to spend a large amount on improving the welfare of the B40.

But is it really spending all that much? For instance, the living assistance programme looks like it’s going to hand out more to those who need it. Yet, the allocation is only RM5 billion. Some RM1.8 billion less than the allocation for BR1M in 2018. That is not a small difference.

Of course, it also means that nearly three million fewer people will be receiving the aid.

This more targeted method of social welfare extends across multiple programmes including electricity tariff and petrol subsidies. All these targeted programmes aim to reduce the number of people who will benefit from them.

These cuts are also seen in the number of axed infrastructure projects. The Multi-Product Pipeline, Trans-Sabah Pipeline, and East Coast Rail Link were all cancelled to save tens of billions of ringgit, while the MRT3 and Kuala Lumpur – Singapore High-Speed Rail have been postponed for an indefinite amount of time.

A number of new taxes have also been introduced; most of which are low key. A new departure levy has been implemented for travellers leaving Malaysia. This is supposed to encourage more domestic tourism, but will probably also benefit from the number of foreign visitors that pass through the country every year.

The Real Property Gains Tax (RPGT) has increased, tax exemption for interest earned on wholesale money market funds has been removed, and casino duties have been increased to 35%.

Of course, there is the selling of government assets which includes introducing the world’s first airport real estate investment trust (REIT). A move that the government hopes will raise some RM4 billion.

Will all this be enough?

It’s difficult to say. Government revenue increased by 10.7% in 2018, and it’s not uncommon for government spending to exceed income. That’s why economists often talk about the government deficit. Governments are expected to spend more than they make.

The issue at hand is Pakatan Harapan’s determination to reduce the nation’s RM1 trillion debt. An amount that is not necessarily insurmountable, but does make the seemingly generous budget look very populist.

On the other hand, the budget helps Malaysians that need it the most. Increasing welfare of the B40 could eventually lead to stimulating the economy. Especially since the recent Khazanah study on the wage gap shows the lower income groups have been reducing their consumption of goods and services.

The strategy would make sense. Considering that Prime Minister Tun Dr Mahathir Mohamad has tried this sort of thing before in 1997. Back then, the goal was to implement mega-projects like KLCC and Kuala Lumpur International Airport to stimulate growth. This time, it could be a bottom-up approach with the B40 becoming the catalyst for a stronger economy.

Either way, we have about 12 months from now to find out if the Pakatan Harapan budget will achieve its goals.