Women And Money: 12 Things You Need To Know 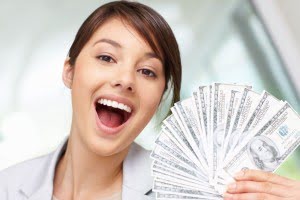 Women and men do not have the same relationship when it comes to money. For one, women are likely to have less of it. A 2012 survey report by Asia Society and the Lee Kuan Yew School of Public Policy revealed that two billion women living in Asia are still paid less than men for similar work and are extremely underrepresented in top leadership positions, even in wealthy countries such as Japan.

In Malaysia, while it was reported that 68% of students enrolled in public higher learning institutions between 2013 and 2014 were female, statistics showed that Malaysia has the lowest female workforce participation rate in South East Asia. In 2014, it was found that for every 100 women in the country, only 52 were wage-earning workers.

According to Women, Family and Community Development Minister Datuk Seri Rohani Abdul Karim, a 2014 survey by the Statistics Department also showed that women managers made up only 3.2% and women professionals just 14.8% of the country’s workforce.

The disparity in income and roles in the workplace mean that women are likely to have less savings and are generally more hesitant to take risks when it comes to investing. Even though financial security is important to women, they are not proactive in securing their financial future for various reasons.

Here are 12 things about money that every woman needs to consider in order to secure (and expand) her finances.

1. A man is not a financial plan

The notion that the only control a woman can have over her financial destiny is by securing a rich husband has been trumpeted across cultures since the beginning of time. Unfortunately, even the most successful marriages can end, either in divorce or death. No we’re not talking murder, statistically women also tend to outlive their male counterparts.

However, with the popularity of prenup agreement, women (or men, depending on who brings in the money) can be left vulnerable should the marriage ends.

A dual-income stream, if managed properly, will allow couples to increase their financial security and forge a sound retirement plan. So ladies, get over the damsel-in-distress act and channel your inner Beyoncé to become the independent woman you know you can be.

2. Don’t be afraid to ask for a raise

A 2013 survey published by Elle magazine found that in the United States, 53% of women had never asked for a raise, compared with just 40% of men.  Women are also less likely than men to ask for a raise or aspire to top management roles, according to a Pew Research Center survey.

Do not be afraid to ask for more if you can justify why an increment is due. When negotiating for a raise, make sure to highlight your contributions and commitment to your company. If they can’t provide you with a fatter pay cheque you can still try and negotiate for more leave days, flexibility in working hours or perhaps some extra work-related perks. Whatever it is, never settle for less.

We’ve all heard stories of women who get swindled out of their life-savings by sweet-talking Casanovas. Just last month, it was reported that a 33-year-old single mother from Kuala Lumpur was cheated of nearly RM90,000 by a man who claimed to be a wealthy mining businessman from China. Earlier, in August, it was reported that a 52-year-old administrative clerk from Miri lost RM348,050 after being duped by a male friend she befriended through Facebook.

Even if you are in a long-term relationship, lending money to a romantic partner can be dangerous territory and can lead to both relationship and financial woes. According to the Malaysian Bar, it is advisable to record such transactions in writing so that the basic terms are clearly stated and understood. This would involve the amount lent, the interest to be paid (or the profit-sharing formula), the time-frame for loan repayment, as well as periodic payment of interest or profit to avoid any future conflict.

Differences in money management styles can ruin a relationship. This is because when you marry your significant other, you are marrying his or her financial habits (or baggage) as well.  Financial incompatibility is a leading cause of divorce in the United States.

Before tying the knot, it is important for couples to have a serious (and honest) discussion about their current financial standings, spending habits and attitudes about money. How do you perceive spending, debt, making major purchases and the use of credit cards? Such information will help you reassess your long-term financial plans and help avoid conflict in the future.

5. Take control over your household expenditure

In other words, don’t give your spouse total control of your money! Some women may be more than happy to let their husbands or partners handle all the accounting, mortgaging and bill paying in the household.

However, keeping your finger on the finances can ensure your financial independence and know-how. Women and money may seem an unlikely coupling, but your husband or boyfriend may not be around to take care of you forever. It is important for you to learn to function on your own.

6. Those little bundles of love come with a price tag

Having children is expensive. Raising them, feeding them, paying for their school fees and those Justin Bieber concert tickets… it can add up fast. Most parents know that raising a child isn’t cheap, but many are still shocked to see the bottom line. You can learn more about how much it costs to raise a child and start planning your savings.

If you already have children, it may not be a bad idea for you and your partner to get life insurance, and of course, to start thinking about ways to save for your child’s education! This goes without saying, the earlier you start, the better.

7. Your health is your most important asset

Your health is as vital to your finances as your job is. If you are sick, you can’t go to work. If you can’t work, you can’t save and may even become a burden to your loved ones.

In Malaysia, one in four women die of a heart attack. Meanwhile, about one in 19 women in this country are at risk of breast cancer, compared to one in eight in Europe and the United States.

Having health insurance can help mitigate financial risk that can result from deteriorating health or terminal illness. One trip to the emergency ward can deplete your lifetime savings and put you in debt for years to come. Hence, it is important to factor in the costs of healthcare when evaluating your living expenses.

8. Saving for retirement is a must

Retirement is expensive. Experts estimate that you will need at least two-thirds of your pre-retirement income to maintain your current standard of living when you stop working.

Many of us have started to plan for retirement via the Employees Provident Fund (EPF). However, according to EPF statistics, an estimated 50% of retirees exhaust all their EPF money within five years of retirement.

Consider better ways to grow your money such as investing in unit trust funds and real estate investment trusts (REITs) and private retirement schemes (PRS) to generate higher returns. It is also a first step toward building an emergency fund.

When it comes to investing we need to find balance. The balance can be obtained by spreading risk over time and different platforms. This is especially important if it’s the first time you’re taking on investing.There are many types of investment you can make, such as stocks, bonds, mutual funds, exchange traded funds (ETFs) and REITs.

It is a myth that you need a substantial amount of capital to start investing. These days, with as little as RM1,000, it is possible to stake your claim to hundreds of companies and residential apartments, office buildings and shopping malls through ETFs and REITs.

Your credit rating reflects your level of “financial responsibility”. It affects your ability to apply for a credit card, car loans, personal loans and to secure a mortgage.

Keep your score high by making your payments on time. If you have made late payments, call your creditor and try to have the late fees removed. Your credit rating can make a huge impact on you financially.

11. Stick to fewer pieces of plastic

When it comes to credit cards, sometimes less is more. Credit cards offer payment flexibility, are great for emergencies and generally come with reward features such as rebates or cash back and reward points.

However, having fewer credit cards means having to keep up with fewer annual fees, government tax and interest rates. This may help avoid accumulating credit card debt that can bring down your credit rating.

Credit card rates and features vary from card-to-card, so make sure to choose one that suits your lifestyle best. The best way to find the perfect credit card for you is to compare through our credit card calculator.

A divorce often leads to emotional and financial fallouts. It is especially important for women to know how to cover their assets, especially if you are bound for single-parenthood and is trying to figure out how your new state of finances will impact you and your children.

The first step is to get as much information as you can about your shared accounts, including details such as your online passwords and which accounts had automatic payments, to be well-informed before you go to court.  It pays to hire a good attorney to take you through the process as your marriage dissolves.

You are smarter, stronger and wiser than you think. Stay present and grounded and realise that you have the power to take charge and own your financial life.