Why I Bought A Cheap Used Car

Today, I said goodbye to my twenty-year-old Proton, and welcomed a “new” car to my home.

Just a humble one: a locally-made, second-hand car I bought from my sister. Some people I know would be shocked.

Because for some weird reason, people expect a person with my status to drive a nice car. I realise how obnoxious that sounds, but I don’t know how else to say it. It’s as if once you reach a certain level in your career — you’re expected to drive a certain kind of car.

But that’s not what I believe. I think what everyone really needs is to be honest with his/her financial situation, and don’t put too much thoughts in what society “expects”.

Here are my reasons for why I bought a cheap second-hand car.

Despite my stingy reputation, I actually like spending money. On the right things of course.

What I really hate is losing money.

Which is my number one issue with buying a new car: Depreciation sucks.

In layman’s terms, depreciation means that your car starts losing value from day one. Even if you bought a depreciation-resistant car (like a Civic, Vios or Myvi), after seven years your car is only worth half of its original value. This is even worse with other car models.

If I could, I would go totally car-less. But since I still need a car, I decided to buy one that had already experienced the most significant years of depreciation: a nine-year-old Myvi for RM 20,000.

Yes, it will still depreciate. But in ten years’ time I would probably have lost only RM15,000 on it.

What is affordability? It depends on who you ask.

If I walk into a car dealership, they’ll tell me I can afford a loan for a brand-new BMW 3-series. But it would kill my finances.

If I ask my hero, Mr. Money Mustache, he’ll tell me to buy a used car within the 5 to 15-year-old range. But I need to pay cash. If I need to take a loan, that means I can’t afford it.

If I ask Financial Samurai or Money Under 30, they’ll tell me I can afford a car worth 10% of my gross annual salary.

Now, some people are going to object here — saying that the three financial writers above are based in the USA, where cars are much cheaper. And that in Malaysia, 10% of gross annual salary isn’t enough to get a decent car. Here’s what I think — it’s enough, but only if you’re a high earner, and can accept the frugal life. So how about we compromise? — Money Under 30 says 20% to 25% of gross annual salary for a car is acceptable too.

Nobody said being responsible with money was easy.

So how can all these young people afford to drive around in new, imported cars? Maybe because the bitter truth is this: most people actually can’t afford a new car.

3. I don’t really drive much 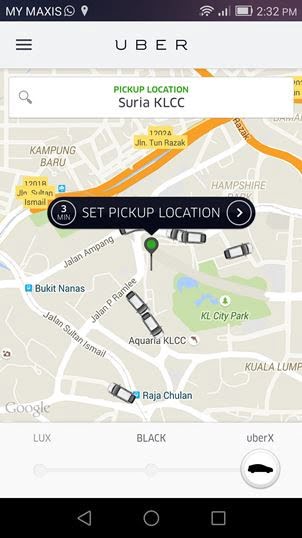 If you’re a follower of my blog, mr-stingy.com you know that I’m crazy about optimisation.

Optimisation isn’t about choosing the cheapest option. It’s about making the best choice from a cost/benefit perspective.

Some people need to drive a lot for work. Or to ferry their kids around.  Maybe they’d need a good car.

Me? I drive about 200 kilometres a week. At most. On weekdays, I take the Light Rail Transit (LRT) to work. So 97% of the time, my car is either vulnerably parked near the LRT station, or at home. It’s horribly inefficient for me to spend too much money on a car.

A new Vios for RM76,000? Out of the question. I even thought long and hard about paying RM20,000 for the second-hand Myvi I bought. Could I go totally car-less and just depend on UberX and MyTeksi? After calculating total cost of ownership, I found it was still more efficient for me to get a cheap second-hand car.


But what about fuel efficiency and repairs? Doesn’t it cost more to run an old car? I hate spending time in the workshop too!

Of course maintaining an older car is more expensive. But the difference isn’t that great – especially if it’s a common car model (i.e. cheaper spare parts). There’s a “sweet spot” for buying a used car between the 5-15 year old range. Where it’s already experienced the most serious depreciation, but isn’t starting to break down yet.

For the past few years, I’ve driven the lousiest car within my social circle.

Some of the interesting comments I’ve heard from colleagues, friends and family:

“When are you gonna get an upgrade?”
“Aiya… you can afford something better…”
“Don’t be so stingy la…”

It wasn’t easy at first. I too lusted after luxurious cars. At one point, I thought I wanted to buy a Lexus. But over time, my ego got used to it. Instead of being ashamed of driving an old car, I learned to feel proud that I was in control of my finances. I find it amusing now when people ask me why I drive an old car — because I get to say:

“Because I’m too stingy to buy a new one.”

Today, I’m fully converted — a car is a means for getting from Point A to Point B. All it needs to be is safe, reliable and comfortable. It doesn’t need to be shiny.

I understand that for many people — a car means more than that. Like buying a house, people get emotional about their cars. Maybe it’s a symbol of achievement, or a source of pride. Maybe it’s a reward for years and years of hard work.

I’m not here to judge, but I’ll throw the question:

Do we really need expensive material things to feel good about ourselves? What if there was something more meaningful in our lives?

5. Traditional car ownership is not the way of the future

The traditional car ownership model is screwed. The one where one person owns one car, drives it alone, and adds to the crazy traffic jams. The government could raise toll rates, widen the roads, and hire traffic police all you want — but traffic jams will never go away unless we change the way we move.

We already have evidence of how technology will help. Five years ago, the best we could do was pay for an expensive GPS system. But today, you use Waze for free on your phone to find the smartest way to drive somewhere. Google has already been testing self-driving cars for more than five years. And Tesla, Apple and Uber are in the game too.

A few months ago, my current twenty-year-old car broke down as I was heading to dinner with my girlfriend. We maneuvered it to a safe spot, locked the car and decided to leave it there. I turned on Uber, and requested a ride. Then we watched in fascination as the small vehicle icon crept towards us on the screen. Within fifteen minutes a new Honda City arrived — a much nicer vehicle than I can afford. 35km and 30 minutes later — as we arrived at dinner — I checked how much it had cost: less than a taxi.

Not only was I reminded that I have an awesome girlfriend (she handled things very calmly), I marveled at how drastically technology will change our lives.

I can’t predict the future, but here’s my bet: In ten years’ time, when my “new” second-hand car is nineteen years old and starting to break down — I won’t have to buy a new one.

People buy new, expensive cars for different reasons. My girlfriend loves luxury cars too, so I’m not trying to diss anyone by writing this.

But I wrote this because somewhere out there, there’s a young man struggling with the cost of living. And he’s getting bombarded with messages of how he needs certain things to be cool: expensive smartphone, branded clothes and a luxurious car. Maybe he thinks he can’t find a girlfriend without a nice car. All his friends are getting in debt doing it, and the peer pressure is getting to him: he thinks he needs a loan — and spend half his take-home salary on a new car.

But maybe what he really needs is this: someone to tell him it’s OK to go without these things. That he can make his money worth more by investing in better things. That a person’s value is not measured in the things they own.

And that after careful consideration — if he still really needs a car — maybe a cheaper, used one is enough.

*If you buy a used car, you’ll need to know a good mechanic. If you need a recommendation, let me know.

Aaron Tang is the founder of mr-stingy.com. He writes about optimising time, money, and relationships – to make the most out of life.
This article was first published on mr-stingy.

Compare car loans to make sure you get the best deal to help you afford your new set of wheels.