Budget 2021 has been tabled today.

This year’s Budget is a much-anticipated one – many of us were hoping for more government support to help tide us over during this economic recession. Last month, we asked you what you wanted in Budget 2021. Almost 300 of you voted on the measures you’d like to see, and 48 of you wrote in to tell us your views and suggestions.

So, how does the actual Budget compare to our hopes and expectations?

Here’s what we got

One of the aims of Budget 2021 is to protect the rakyat’s well-being. Here’s how they addressed the your concerns. 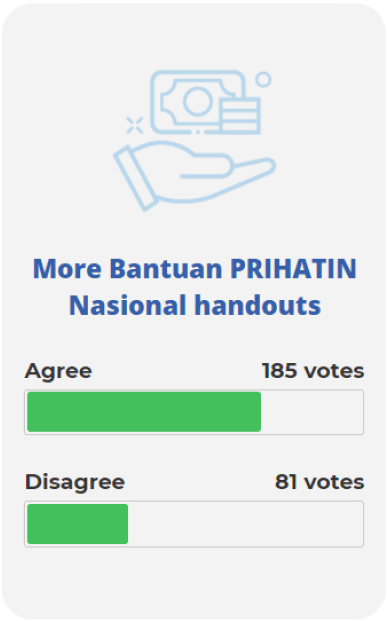 The Bantuan Sara Hidup (BSH) financial aid will be changed to Bantuan Prihatin Rakyat (BPR). Under the new financial assistance package, eligible households will receive up to RM1,800 in January 2021. Some of you also wrote in to say that you were looking for more initiatives for senior citizens and persons with disabilities – the government heard you and will increase the monthly welfare assistance for these groups as well. 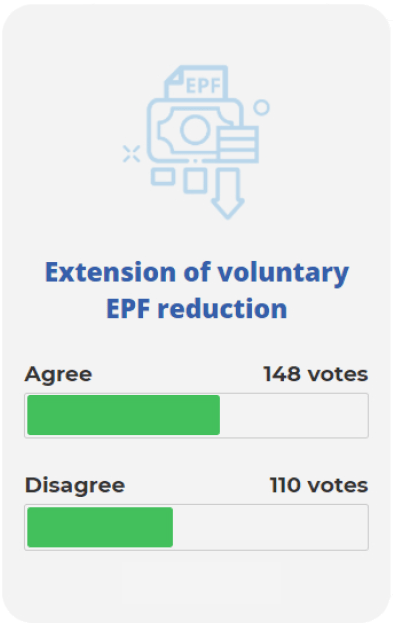 This was the most voted-for measure, with 91% of you agreeing that there should be a reduction. You’ll be glad to know that there will be a 1% reduction of personal income tax rate – although only for those in the chargeable income band of RM50,001 and RM70,000. There will be more e-wallet credit this year, but only for those aged 18 to 20 years.

Thanks to the pandemic, the unemployment rate spiked to 5% in April, the highest in 30 years. Some of you wrote in to say that you wanted the government to focus on job creation next year. Here’s what the government is doing to help employees.

The Wage Subsidy Programme, which provided wage subsidies to employers, helped to reduce the unemployment rate and benefited an estimated 2.7 million employees. For Budget 2021, the government announced that it would extend the programme for another three months, but it will be more targeted at workers in the tourism and retail industry. For 2021, the government has allocated RM1 billion for various upskilling and reskilling programmes. This is expected to benefit 200,000 individuals. The Ministry of Education estimated that the unemployment rate for fresh graduates this year will be 25%, partly thanks to the COVID-19 pandemic. In response, the government is giving an incentive of RM1,000 per month (up to three months) to private employers for graduates who participate in apprenticeship programmes. Besides that, RM150 million will be allocated for the Ministry of Higher Education professional certification, whereby fresh graduates may each be eligible for a RM3,000 voucher to pursue a professional certification course.

Our incomes have not been keeping up with the increases in property prices over the past years. The current economic recession does not help our ability to afford our first homes. How does the government plan to help? 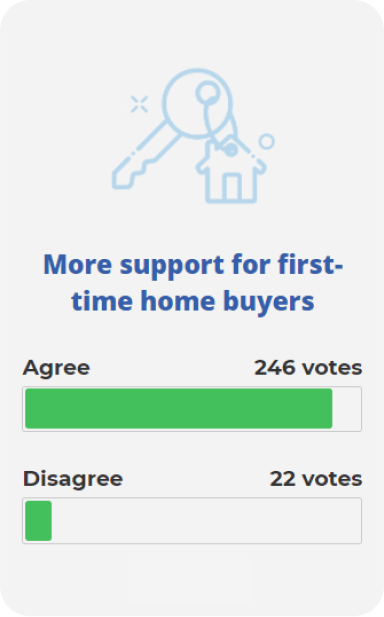 There were also other measures aimed at boosting home ownership among first-time buyers. This included an allocation of RM1.2 billion to build housing, especially for low-income groups. The government will also collaborate with financial institutions to provide a Rent-to-Own Scheme involving PRIMA houses, which will be implemented until 2022.

And what we didn’t get 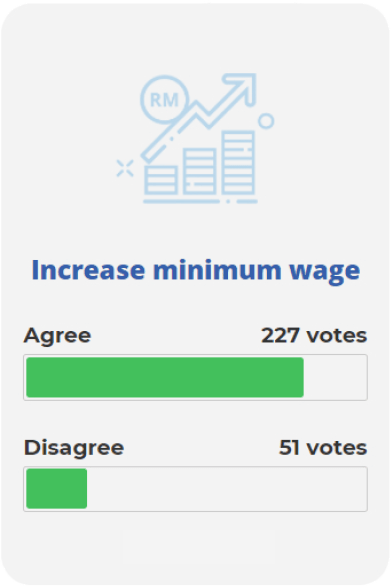 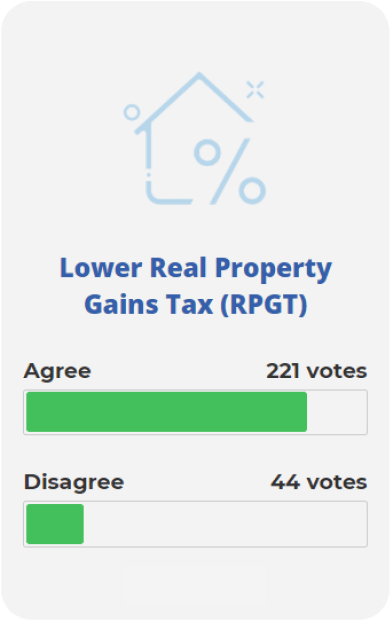 A survey conducted by real estate sales and media company, Juwai IQI Holdings, revealed the real estate industry’s most-wanted Budget 2021 measures included a stamp duty exemption, more support for first-time home buyers and a lower Real Property Gains Tax (RPGT). While this year’s Budget delivered on the first two measures, there was no mention of an RPGT cut. However, earlier this year, an RPGT exemption for up to three residential properties was already announced – this takes effect until December 31, 2021. 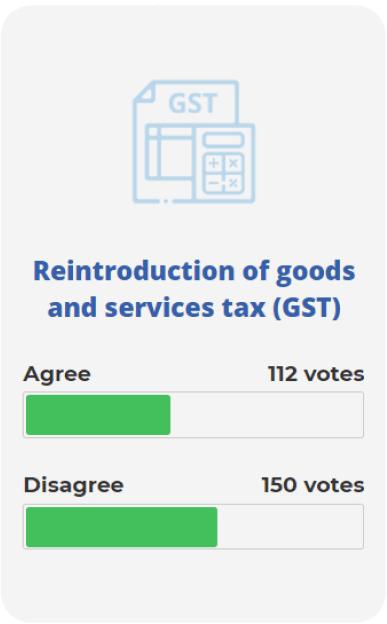 Finally, a measure you may be glad not to see. Last month, the Socio Economic Research Centre (SERC) said that the government could announce the return of the goods and services tax (GST) in Budget 2021. It also noted that when the economy has recovered, the “only way to avoid adding to the debt pile is to consolidate and reduce budget deficits by boosting tax revenue or cutting public spending”. Around 40% of you said that you’d like to see a reintroduction of the GST, but there was no mention of this controversial tax this year.

Did you get what you want?

This year’s Budget has certainly given us a bit to look forward to. Financial aid packages, increased welfare assistance and access to our EPF savings can provide immediate relief, while measures aimed at generating jobs can help us in the longer run. Let us know what you thought about the Budget, and whether the government has missed out any key measures that should have been tabled.