Unusual Housing Laws Around The World 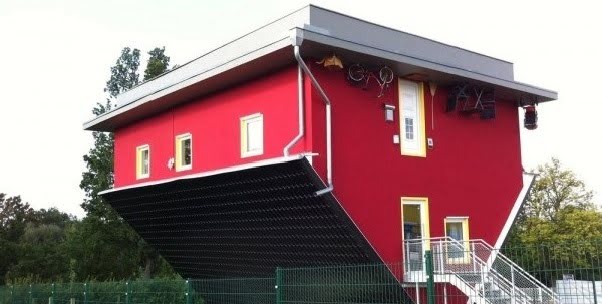 Most housing laws were created to protect the interests of society. Some can be restrictive and even annoying, but are completely necessary. There are instances, however, when even lawmakers miss the mark.

Here are some unusual (and often impractical) housing laws around the world that are still on the books.

More is sometimes merrier, but not when you’re female and living in Missouri. Under the state’s Brothel Law, it is illegal for four (or more) women to rent an apartment together, even if they are related.

The law apparently originated from an attempt in the early 20th century to curb the spread of houses of ill-repute and disorder. Although infrequently enforced, such laws are hardly necessary and are out of place in this day and time.

2. You can’t keep an alligator in your bathtub

We’re not sure why anyone would want to keep an alligator in their house in the first place, but if you’re in Arkansas, it better not be in your bathtub.

The most obvious constraint associated with gator care is that many of these creatures can grow up to five metres in length and weighing up to 450kgs! That is, provided if you don’t turn into gator chow first.

3. Only two toilets allowed in any one building

Food poisoning cases are never pleasant, but they tend to be ten times as disastrous if you live in Waldron, Washington. Apparently, the island’s real estate law says that no more than two toilets may be installed into any one building.

Despite the fact that people will probably go about their regular toilet business no matter the number of available toilets, this law seems to be aimed at conserving the island’s water supply.

With the recurring water crisis we face in Selangor, we hope that the State Government won’t start taking tips from the US.

4. No potted plants outside of your home

If you live in San Francisco, you can’t use underwear that has been worn to wipe off vehicles in a car wash, pile horse manure more than six feet high on a street corner or display potted plants outside of your home.

Any potted plant spotted out of doors in San Francisco is subject to removal and the offending owner can be fined. You can however, paint your house in any way that you like, including in colours of the rainbow.

5. It is illegal to keep a pigsty in front of your house (unless duly hidden)

Porcine lovers in London could find themselves on the wrong side of the law if they ever feel the need to build a pigsty in front of their homes.

However, this is only true if they leave their pigsties in plain sight. So if you want to keep a pig sty outside your home, just be sure to throw a cover over it…or something.

6. You must tell your buyers if the house is haunted

We’ve all heard stories of unsuspecting families who move into nice new homes, only to be chewed up and spat out by paranormal activity, no thanks to the grisly murders that preceded their stay.

Under the New York State Supreme Court, sellers must explicitly inform potential buyers of all defects in a house – including intangible ones like hauntings. We’re not quite sure how you can determine if a house is haunted, but disclosures of haunted or stigmatised properties may deter or excite potential buyers, depending on their fondness for ghosts.

7. You can only own one home

Where: Beijing and Shanghai, China

First there was the one-child policy. Then in 2010, Beijing and Shanghai’s municipal governments decided that families would only be allowed to own one home in those cities.

The law was purportedly aimed to help control the booming property prices in the Chinese real estate market. No end date for the new rule has been established so far, but we’re guessing that now is probably not the best time to consider a career as a property agent.

8. Criminals must give 24-hour notice before they break in

Criminals in Texas, take note. If you’re planning to break into somebody’s home or commit crime on their property, you must first give them a 24-hour notice, according to the state’s law.

Now, if only Texans were all law-abiding citizens, guns would be obsolete.

9. Homeowners need to own a gun

Since 2013, under the Family Protection Ordinance, the head of every household in the sleepy town of Kennesaw, Georgia is required to own a gun and the ammunition to feed it (unless you have certain disabilities).

The law was passed to make a statement to local criminals scoping out of place, as well as to government officials looking to push federal restrictions on gun ownership. Criminals from Texas should probably think twice if they ever feel the need to break into someone’s home while in Kennesaw.

The above “unconventional” laws sure make owning a home in Malaysia easier and simpler. If you were scoffing about the new foreign property ownership guidelines recently, that’s nothing compared to these weird restrictions.

Let’s just hope that we won’t have to be subjected to any of these, anywhere in the country.