Sheena Liam, the sultry, platinum-blonde beauty that stole the hearts of many when she won the Asia’s Next Top Model Cycle 2 (AsNTM2) last year, has been blazing her way to modelling stardom and proven her haters wrong many times.

Winning AsNTM2 was bittersweet for Liam, as the haters started crawling out of the woodwork once she was crowned. Pitted against Filipinas Jodilly Pendre and Katarina Rodriguez, the journey was anything but easy for Liam.

After failing to get into the first season of AsNTM, she did not give up. Her hard work paid off by not only finally getting on the show for the second season, she also beat all the other contenders and came out victorious at the end of the competition.

Dubbed “the modern face of Asia” by the judges, Liam had her eyes fixed on the prize, which include a three-month modelling stint in London with Storm Model Management; along with a S$50,000 (RM120,000) cash prize, a brand new car, and a fashion spread in Harper’s Bazaar Singapore and Malaysia.

“It was never about the money or the car. I went into it to get the experience and the opportunities,” Liam says, when asked about how she felt about winning first prize.

Sheena Liam, model and winner of the Asia’s Next Top Model Cycle 2, shares her passion for modelling and more with iMoney’s editor, Iris Lee. 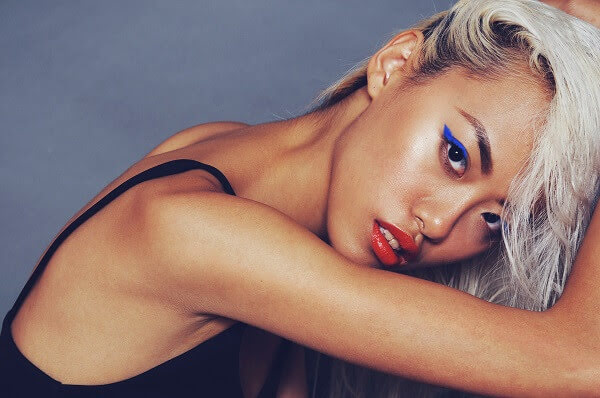 Have you always wanted to be a model professionally?

I think I was five when I was poisoned by my mum who casually commented that I should be a model because I was so skinny. And from then on, it was stuck in my head.

What or who inspired you to be a model?

I guess I always loved the dark horses of the industry. How unusual, unique-looking, and at times, awkward people were celebrated as beautiful. I was always laughed at for being dark-skinned and skinny. I guess it was defiance on my part when I tried to make what people say are my weaknesses into my strength.

Look at Naomi Campbell, she’s a supermodel and earns millions and I’m determined to do that too.

At that young age, it is impressive to be so sure of what you wanted and stick to it consistently. How did you get started?

I was probably 15 when I started modelling casually. I was just helping friends who were studying makeup and fashion design with their shows or examinations. It was good pocket money!

Wow! Sounds like you've been in the industry for a long time.

Yes! It would be my ninth year in 2015, but I didn’t really start full time until about three years ago. I can’t believe I’ve been at it for so long (laughs)!

I was never an overnight success, I didn’t take it seriously enough. When I started professionally, I felt like I was stuck in a rut — doing small bridal and makeup shows only. It took me a really long time to find my footing in the industry.

You are now a certified veteran in the industry (laughs)! Before it was all glitz and glamour, what was your first job and how much did it pay?

I was 12 years old and worked as an extra on a TV show. It wasn’t anything ground breaking, I was just doing it for pocket money.

I was always like that, I would go out and do whatever I could to make money. I used to write books or publish my own magazines and make my dad buy them off me (laughs).

Sounds like the beginning of a smart entrepreneur. What other ways did you make money back then?

In high school, I was always working. If not modeling, I would give out flyers for a small wage. I just wanted to work, though it wasn’t purely about money. It was about having something to do. I worked from the moment I could.

I can’t imagine you giving out flyers (laughs)! How about your first paid job as a model?

It was a runway show for a hair academy’s graduation, where my friend was studying at the time. I think I was paid like RM50 and was given free products as a token of appreciation.

Look how far you've come! Most models may worry that there is an expiry date to how long they can work in the industry. How are you managing your money to ensure you are financially safe in the future?

Like anyone else, I guess. I save up whenever I could. I’ve had great opportunities this year, and I think I worry about money too much sometimes. As long as I have enough for a plane ticket home from wherever I am, I should be okay.

What are your plans in the next few years? Are you thinking of other income streams?

My other love is writing. I’m always writing. It comes naturally to me. I always think of myself as a writer first before anything else.

I may not make actual money from it yet but I have the rest of my life to be whatever I wish to be. Modelling I can only do now and there will be time to explore other things. Mind you, I want to do everything in life (laughs).

Does being a model give you a boost in branching out to other things, like entrepreneurship?

Yes. It seems like a natural progression for a lot of models. They move on from modelling to hosting or celebrity jobs. It’s more natural for some because they’re naturally social butterflies and they flourish in these situations.

How about you? Do you see yourself going through the same transition?

I try to play the part sometimes but it doesn’t come naturally for me. Even with writing I am concerned that people may only say my writing is good because I’m a model. (Probably because people never expected models to be able to do anything else.) I take modelling as a chance to live this amazing life while I hone my other interests in life.

How would your describe your attitude towards money?

It’s quite casual actually (laughs). I would give it all away if I feel like it. I did give all the cash prize I won from AsNTM2 to my parents.

I’m always buying presents for friends or treating people. A couple of years ago, I realised this — I could get run over by a bus tomorrow or I could be walking at a construction site and a crane could fall on my head. Maybe I should have a second slice of that overpriced cake (laughs)!

Yes, you only live once! Do you think your casual attitude towards money has something to do with your childhood?

My parents are your typical conservative Chinese parents. They were always encouraging me to save money and be more prudent about my spending. But I’m still such a mess with money (laughs).

Every time I have money I just give it to my mum because I’m so scared I’d get robbed or I would spend it unnecessarily.

Has your attitude towards money changed now that you are earning your own money?

Yes. Money used to be very important because I wanted to buy everything. However, as I grew up, I realised that buying these things didn’t really make me happy. In fact, the more I bought the unhappier I became.

I realised that things have to really matter when you spend. It has to be something you really want. I was really into sneakers — I’d save up and buy all these sneakers. Now I look at my rack full of overpriced sneakers and I feel sick.

Impulse buying can be horrible. But is there anything that you don’t regret spending on?

Of course. I don’t and will never regret spending on travelling and on my loved ones. Give everything you have or can to your friends and family.

Are you a spender or a saver?

I think I’m a good balance of both, but then again I’m a horrible gauge of finances (laughs). I could actually be super broke and not realise it.

Do you invest, or are you planning to invest?

I told my dad I wanted to invest once. He laughed in my face. I’m not going to say that out loud ever again.

(Laughs) Well, maybe when you are ready for it. How do you prefer to pay: card or cash?

Cash, I think. If it’s not physically there in my hands it doesn’t exist. If it doesn’t exist it doesn’t matter if you spend it, which makes credit cards scary. I have bank accounts with no cards attached at all, where I just put all my money in and never look at it again. 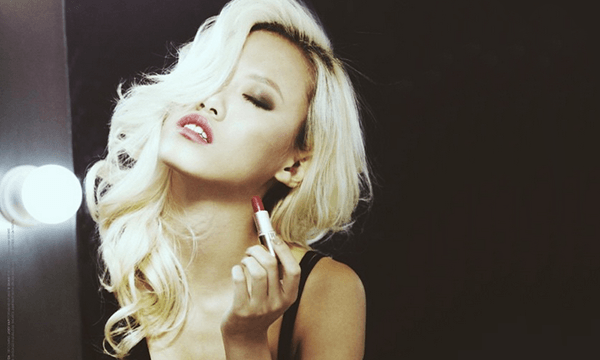 You've been an emcee, model, and brand ambassador. Which has been most lucrative?

Well. A model is at the bottom of both creative and financial hierarchy. I think I got paid best when I was a brand ambassador, but then you are a marketing tool with zero input, except for your popularity.

What’s been your best financial decision?

Opening bank accounts without cards attached. You just take as much as you need a month and every other cent goes straight into the bank account and you don’t think about it at all. It’s good for people who are not very good with their finances, or lack discipline.

Many models say there isn't enough work after a certain age – does this worry you?

I guess it would if I had no other life skills. It doesn’t worry me yet as I’m only 24 this year. I have many magical plans for life (chuckles).

Does money make you happy?

To a certain extent, but I think most important things in life can’t really be bought with money.