The Securities Commission of Malaysia (SC) conducted a nationwide survey in the past year to find out about youth financial and investment literacy.

The SC survey aimed to understand the behaviour of younger investors and uncover the issues faced by them.

The survey titled “Youth Capital Market Survey: A Malaysian Perspective” revealed some key insights into why Malaysian youth generally are unable to manage their finances well.

In the findings of SC’s research, the SC discovered that one of the biggest problems that hinder Malaysian youths from investing is due to the lack of disposable income that they have.

According to the findings of the survey, a majority of Malaysian youths’ income is spent on food, household expenses, and debt repayment leaving them with not much left for savings or investment. 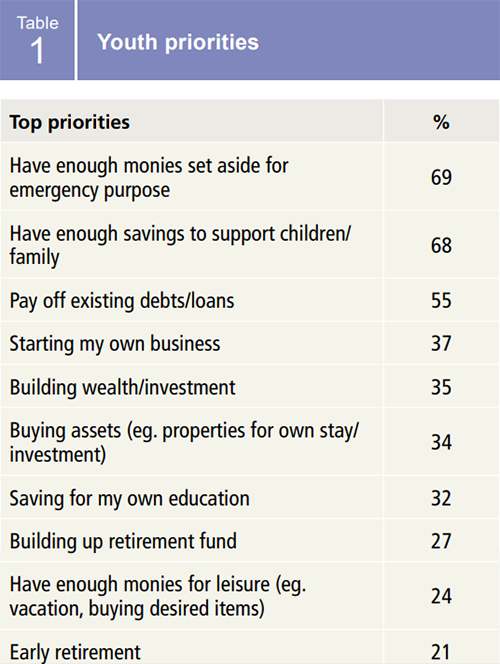 As can be seen in Table 1, only one-third of the respondents mentioned building wealth/investment as a priority for them. The majority of the respondents viewed that their priorities lie more towards having emergency funds, savings to support family, and paying off debts.

This clearly shows that it’s not that Malaysian youths are not aware or not interested in investing, it’s more that they just don’t have any disposable income to start investing with.

The findings also revealed that the lower-income segment of Malaysian youths are facing a lot of stress due to their financial situation. They feel that they do not have enough money left for investment after they set aside money for emergencies. However, the survey also showed that conversely, Malaysian youths in the higher income bracket are more open to investing.

When asked the level of risk they were willing to undertake in their ideal investment, only 3% considered themselves to have a high-risk appetite.

Combined with the fact that 70% of respondents regard stocks/shares as high risk, this explains why there is a lack of participation among Malaysian youth in the stock market.

The survey findings also mentioned that youths are unable to manage their finances very well, with one of the top struggles being pressure to keep up with appearances.

Respondents feel that controlling their expenses such as putting a limit on eating out, shopping, and travel makes them feel like they can’t enjoy the fruits of their labor. 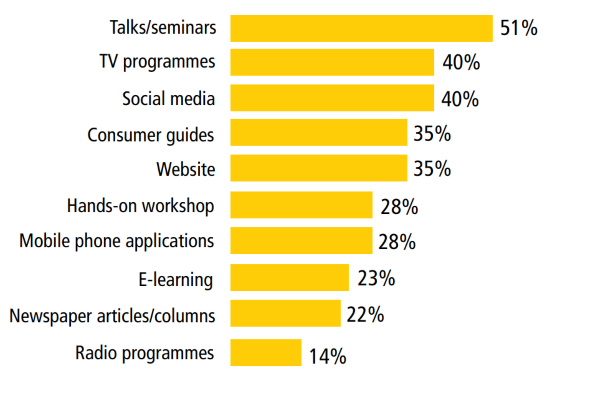 In the findings, seminars/talks emerged as one of the most popular options, with 51% of respondents selecting it as one of their preferred learning methods.

The findings of the survey also showed that a high number of Malaysian youths are interested in learning about financial literacy through social media and websites, compared to traditional methods such as newspaper articles and radio programmes.

The level of financial literacy and awareness in capital market products among Malaysian youths still leaves quite a lot to be desired, but there is potential and desire to learn.

The SC will be looking to use the findings of this survey as a way to help them approach Malaysian youths and help make investing more appealing towards them, but there are challenges they need to overcome, such as the perceived lack of disposable income.