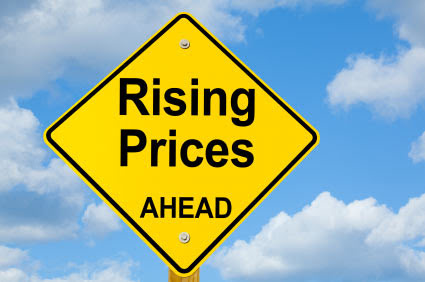 The events that unfolded in 2013 have made every average Malaysian dread the new year. 2014 is beginning to look like a bleak financial year as we face price hikes in toll, electricity, public transportation, and possibly further cuts in fuel subsidies.

Gleaning various reports and comments by experts, it’s safe to say that Malaysia is about to face higher inflation and Malaysians can expect a decrease in real disposable income.

“Consumers will have to brace themselves for rising cost of living as the price hike started with the fuel subsidy cut, followed by the complete abolishment of the sugar subsidy,” Lee Heng Guie, CIMB’s chief economist, told FMT before the New Year.

In the last quarter of 2013, we have seen increments in prices of petrol and diesel, cigarettes and sugar, with more to follow in the months to come. What else can we expect this year?

Here are the seven price hikes happening this year:

As part of the government’s efforts to cut subsidy and reduce budget deficit, Malaysians will now have to live with a 15% increase in electricity bills.

The hike follows an increase in petrol prices last year, as Prime Minister Datuk Seri Najib Razak said that his government would embark on a gradual cut in subsidies.

If you are wondering how this will affect your electricity bill, iMoney has done the math for you.

DBKL’s proposal to increase the annual property value effective January 1, 2014 has left many homeowners miffed and vexed. As an act of compromise, DBKL announced the new rates at 10% for commercial properties and 4% for residential properties, down from 12% and 6%, respectively.

So, how much in assessment tax are you required to pay with the increase? We’ve provided you an example here.

Various news reports have quoted Works Minister Datuk Fadillah Yusof as saying that toll rates would be increased by 50 sen to RM2 and that toll concession agreements were up for a review.

While rates are most likely going up, in reality the quantum of increase is yet to be announced and Malaysians will just have to wait and see what the damage is.

A hike in LRT and Monorail fare is expected in 2014 in light of the increased in electricity tariffs which takes effect on January 1, 2014. According to the Land Public Transport Commission’s (SPAD) chairman, Tan Sri Syed Hamid Albar, the fares for KTM will also be reviewed.

However, the situation may not be as dire as one might think as there are still ways to enjoy cheaper public transport fares.

As we are ushering in the New Year, we will also be welcoming higher stationery prices. Prices of stationery are expected to go up by 20% to 30% within the first quarter of this year.

The hike is due to increasing costs that range from the implementation of minimum wages, rising transportation costs, the new electricity tariff rate and the currency exchange rate between the Ringgit and China Renminbi, as most of the imported stationery items are from China.

This year, Malaysians will be thinking twice before ordering a tall glass of teh ‘o’ ais, as prices of cold beverages and desserts are expected to spike because of an increase in the price of ice.

The Tube Ice Manufacturers of Kuala Lumpur, Selangor and Putrajaya have raised the price of ice by 50 sen a bag, while a block of ice will cost RM2.50.

Similar to the price hike on stationery, the price hike on ice is due to the revision of electricity tariff this year and the increase of diesel price last year. Furthermore, the manufacturers are further burdened by the implementation of minimum wage, as well as, price of plastic bags, tyres and spare parts.

The school bus industry cannot bear the burden of subsidy cuts anymore, and are adamant in increasing their fares by a staggering 40% come 2014.

The Federation of School Bus Operators Association thus decided to adopt a compromise by flexibly impose a maximum 40% of surcharge starting new school term next year, unless the Land and Public Transport Commission (SPAD) allows a fare adjustment.

How would all these hikes affect Malaysians?

According to Dr Yeah Kim Leng, group chief economist of RAM holdings to Malaysian Digest, the lower and middle income groups would likely face more financial distress and an increase in household debt starting 2014, and this would in turn incur social repercussions as individuals take on extra jobs to manage the higher cost of living.

Being frugal will play a part in managing money better this year, however, it may not be enough. Malaysians may need to take the initiative to not just save more, but also find other ways to create wealth.

One way to do that is to keep up-to-date with the latest financial news and inculcate good financial habits. Brace yourself for a rocky economy this year.

Here are 10 simple ways to save money.

Try these five tips to combat the rising cost of living.