Middle Class: 10 Years Ago And Now 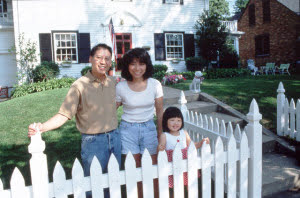 Once upon a time, being middle class draws on the rosy notion of a family with a nice house, who drives a Volvo, goes on beach or skiing vacations once or twice in a year, sends their kids to college, and lives a generally carefree and comfortable life.

Unfortunately, as living costs continue to rise and salaries struggle to catch up, the term “middle class” seems to have taken on a new and greyer meaning in recent years.

In Malaysia, middle class is loosely defined by those who take home a monthly income of RM3,000 and above. Government data from the year 2012 showed that 27.8% of households in the population of 30 million earned between RM3,000 and RM4,999 a month.

About 39% of households fall below that income bracket. Meanwhile, the upper middle class and highest income groups – households earning RM5,000 and above, account for 33.6% of households.

Although there has been a steady increase in income, the amount is hardly significant enough to match the country’s soaring inflation rates, driven by aspects such as rising electricity costs, and subsidy reduction in fuel and sugar prices.

Prices of consumer goods are also expected to increase when the Goods and Services Tax (GST) come into force in April 1, 2015.

Economists and academics reiterate what most of us already know: the term “middle class” no longer has the same connotation as having a comfortable life as compared to 10 years ago. In fact, with many in the income stratum now struggling to make ends meet, middle class may well have become the new poor.

Let us have a look at the prices of some of our daily essentials in 2004 and now.

A leading indicator of inflation is the hike in fuel prices. In 2004, RON92, a lower-octane petrol was available at RM 1.38 per litre.

The fuel was later found to be not environmentally-friendly and RON95 was subsequently introduced to the Malaysian market in 2009 at RM1.75 per litre.

The Domestic Trade, Cooperatives and Consumerism Ministry said the reduction of fuel subsidy was necessary for the Government to keep to its subsidy rationalisation plan.

Urban dwellers have it worse as highways grow increasingly congested due to rapid urbanisation and infrastructure construction works, such as the Mass Rapid Transit (MRT) project. People are also living further away from the city centre due to lower property prices and are hence, required to clock in more mileage on the road.

High-income earners with monthly income of RM10,000 and above will also have to start paying for the market price for RON95 at RM2.58 per litre once the petrol subsidy rationalisation mechanism comes into force in June. Meanwhile, those earning between RM5,000 and RM10,000 per month will get a partial subsidy, and those earning below RM5,000 will receive full subsidy.

The mechanism might involve the use of MyKad or other formal documentation, and is still being refined by the Finance and the Domestic Trade, Co-operatives and Consumerism ministries. However, details such as full and partial subsidy rates have yet to be finalised.

Find out how you can cushion the blow of petrol hikes here.

There is no denying that the prices of property have skyrocketed in recent years. Statistics show that property prices in the Klang Valley has been rising between 15% and 18% per annum.

These days, a 1,000-square-foot condominium unit in prime locations like Petaling Jaya or Kelana Jaya can easily command the starting price of RM550,000.

With soaring home prices, coupled with dwindling purchasing power, it is no wonder that many middle-income earners are now part of the “homeless generation” – middle-class young working adults who are unable to afford their first home.

Theoretically, with RM550,000 you will only be able to purchase a property of about 1,000 square feet today. But back in 2004, you will be able to fetch a cool 2,500 square feet double-storey terrace with the same amount.

Recent adjustments in interest rates and maximum loan tenures also mean that the homebuyer now has to pay a heftier monthly home instalment. In 2014, when you purchase a RM550,000 property, with 4.45% interest over a maximum 35-year loan tenure, you will need to fork out at least RM2,539 every month.

Find out the monthly repayment for a RM550,000 property from different banks now.

The bad news is, property prices are expected to go up even more once GST is implemented. Although housing is exempted from 6%, GST will still be imposed on various aspects of property building such as land, raw material and labour cost. The hike in material prices will no doubt manifest into higher property prices.

The Real Estate and Housing Developers’ Association Malaysia (Rehda) speculates that home prices will rise by about 2.6% margin of increase in a post-GST era.

Power tariffs rose by an average of 15% effective January 1 this year, after Putrajaya announced in December 2013 that it had approved the increase by utility firm Tenaga Nasional Berhad (TNB).

The rates were purportedly raised as a measure to reduce Government subsidy and to boost development spending.

According to the Energy, Green Technology and Water Minister Datuk Dr Maximus Johnity Ongkili, consumers do not have to worry as 70.67% will not be affected by the tariff hike. Only consumers who use electricity at a rate exceeding 300kWh a month will be subject to the hike.

However, statistics show that the average two-storey and air-conditioned household in the Klang Valley consumes up to 714 kWh every month.

With 60% increment in power tariffs over the last decade, an average household will now have to pay an estimated RM294.04 a month compared to just RM108.79 a month in 2004.

We, Malaysians love our sugar. We have it in our teh tarik, our tea-time snacks, and our sumptuous and diverse assortment of sweet and savoury desserts. So it is no wonder that Prime Minister Datuk Seri Najib Tun Razak drew some bitter reactions when he announced that the sugar subsidy of RM0.34 per kilo will be abolished during Budget 2014.

Besides increasing public coffers, Datuk Seri Najib said the removal of sugar subsidy would help tackle some prevalent health problems faced by many Malaysians, including diabetes and heart disease.

While sugar itself is not a food item, it is a kitchen staple and input in many food products. A hike in sugar prices has no doubt, created a multiplier effect on the cost of living, as evidenced by the price increments in food and drinks following the announcement.

With the huge quantum in sugar price hikes, it is hardly surprising that your cup teh tarik that used to cost RM0.80 some 10 years ago, now costs you RM1.20.

With many already struggling to cope with the high cost of living, the subsidy cut has forced many to further tighten their belts.

With the examples highlighted above, a middle-class family today may be spending well over RM3,065 a month just on these basic essential items — car repayment, contingency saving, retirement fund, insurance premium, and other living expenses not included.

These days, given the rising prices of everyday essentials and petrol hikes, the term middle class may simply mean owning a too-small condo you can barely afford, living from pay cheque-to-pay cheque, worrying sick about putting your children through school and surviving on RM8 “economy” rice.