Home › Latest Articles › Money Management › How Much Cash Do These Celebs Rake In? Seriously….

When an award-winning actress walks down the red carpet, you can’t help but think that this flawless creature must bring home millions of dollars to be able to be this perfect. And as one thing leads to another, you start to compare the (imaginary) wealth of your favourite celebrity to your own financial predicaments.

So, how much do these people actually make? We’ve done the dirty work for you and exposed some of the highest paying celebrities to satisfy your thirst (Whether they deserve it or not, it’s up to you to decide.) Oprah Winfrey is a name that triggers joys to television networks, audience and advertisers, but at the same time strikes terror to celebrities forced to appear on her highly-rated show. She is easily the most well-known talk show host in the last two decades with celebrities appearing on her show getting publicity, whether it’s positive or negative doesn’t seem to matter (we’re looking at you Tom Cruise).

Winfrey has repeatedly made headlines with her tremendous TV ratings and her ability to rake in the cash. She may have put an end to her syndicated talk show after 25 years, but her name, through Harpo Productions (that’s her name spelled backwards) continue to blaze the showbiz industry.

According to Forbes, she’s trying to boost ratings with shows like Oprah’s Lifeclass and Oprah’s Next Chapter. All these sound like just a past time for Winfrey who was already earning an estimated income of U$165 million (RM$ 533 million) between May 2011 and May 2012. The one time “Material Girl” is still drawing enough dough to feed a small country.  According to Forbes, Madonna is one of the world’s wealthiest entertainers, earning US$125 million (RM404 million) between June 2012 and June 2013, thanks to her MDNA tour.

It’s no wonder that Madonna is not at all perturbed by the fact that her recent album tanked. Can anyone even remember the name of that album? No, it is not “Material Granny”. 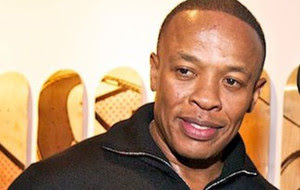 Noted for not only being a pioneer hip-hop artiste, Andre Romelle Young, mainly known by his stage name Dr. Dre, is also a US-based well-known record producer, rapper and entrepreneur. He is the founder and current CEO of Aftermath Entertainment and Beats Electronic that featured hip-hop acts such as Snoop Dogg, Eminem, Xzibit, 50 Cent, The Game, and Kendrick Lamar.

Forbes noted that in August, smartphone maker HTC paid US$300 million for a 51% stake in Beats by Dr. Dre, the headphone company he co-founded with Interscope chief, Jimmy Iovine in 2006. Each owned about a third of the company, pocketing about US$100 million (RM355.7 million) apiece, before taxes, recently.

On top of that, Apple is looking to buy the company which would make his already substantial financial standing a greater boost.