Home › Latest Articles › Economy › How Does The Tumbling Ringgit Directly Affect You? 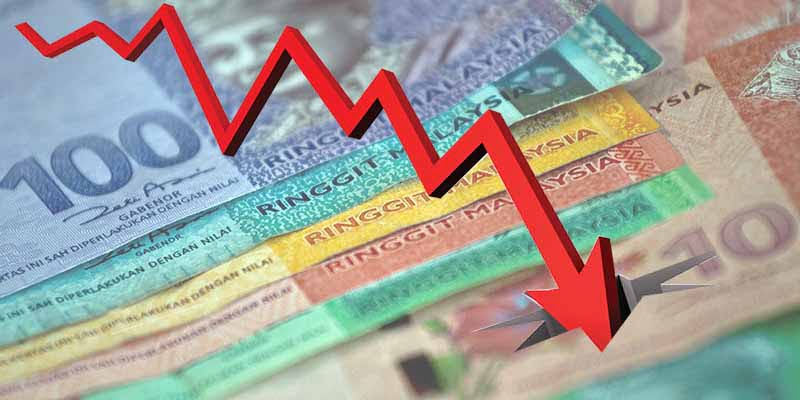 How Does The Tumbling Ringgit Directly Affect You?

A rising or sliding Ringgit affects different groups in our economy differently. A stronger Ringgit against the currencies of our trading partners would typically result in cheaper imports for our consumers, and more expensive exports to foreign buyers. When the Ringgit falls, employment in export-related industries will likely benefit, as demand from abroad increases.

Some Malaysians are worried and angry about the situation. But are these worries and anger justified?

A rising or sliding Ringgit affects different groups in our economy differently. A stronger Ringgit against the currencies of our trading partners would typically result in cheaper imports for our consumers, and more expensive exports to foreign buyers.

This means a strong Ringgit will benefit the local consumers buying imported goods, but bad for local exporters selling their products internationally.

When it comes to the sagging Ringgit, there are also pros and cons. When the Ringgit falls, employment in export-related industries will likely benefit, as demand from abroad increases. However, the higher domestic prices likely associated with export products due to the increased demand will reduce that benefit to some degree, and the higher prices for imports will reduce it even more.

Here is how the sliding Ringgit will affect these four different groups in our economy.

Malaysia was ranked 25th globally in terms of export competitiveness in 2019 . Those who create and sell goods and services to foreign consumers in other economies will probably benefit from a weak currency.

Local exporters are positively impacted by the weakened Ringgit due to the lower cost of production, resulting in likely increase in the demand from abroad. What this means is, they pay for cheaper production in Ringgit, while selling products in higher valued currency, like US dollar, netting in higher profit.

Glovemakers in the country will most likely benefit from this as their input costs are sourced and denominated local, and exported in stronger currency.

Malaysian-based businesses who create and sell goods and services, where parts and components are acquired, manufactured and sold domestically, will likely not feel any direct impact of a strong or weak currency.

As long as the business expenses are incurred locally, such as acquiring manufacturing materials and talent are all done within the country, there should not be any direct impact to the bottom line.

However, some businesses can be negatively impacted by a weak currency if the goods and services they sell locally, partially or entirely originates from a foreign economy. For example, if you purchase parts or materials in US dollar, you will probably see a significant hike in your production cost.

Some of these companies include vehicle manufacturers who may be importing parts and components from countries like Japan and South Korea.

Other industries affected by the weakening Ringgit include the airlines and telecommunications industry. Some businesses may chose to hold off buying any capital goods like machineries and equipment from abroad, especially when buying from an economy that has a stronger currency compared to Ringgit.

A strong or a weak currency matters most importantly to export and import of the economy as the prices change in foreign currencies. However, people think the similar logic can be applied to capital flows in the economy as well. The truth is, a strong Ringgit does not necessarily mean more foreign capital.

What matters is whether the currency strengthens or weakens during the investment period. For example, if an American investor invest into Malaysia now, he/she will see profit if the Ringgit appreciates. However, if Ringgit weakens later on, the investor would see a loss.

The currency depreciation may attract investors who see costs of doing business in the country getting cheaper.

The weakening Ringgit has left consumers with a smaller purchasing power. Most of us may have already noticed that our money isn’t going as far as it used to.

Malaysians looking to purchase and consume goods and services from foreign producers will have to pay more. This does not just apply to imported goods, but also domestically produced items that use parts and components or even expertise from foreign economies.

To make matters worse, a weaker currency can drive inflation up when economies import goods from countries with stronger currencies. It will also make travelling overseas a bad idea.

Other ways one can protect oneself from the weakening Ringgit is by investing in a currency-hedged unit trust fund, or invest in an exchange-traded fund. These funds remove the risk for you, so you only have to worry about stock market returns.

Whether you’re an average investor who wants to mitigate currency risk or a more experienced one who wants to take advantage of currency fluctuations, the forex world is only for those who can stomach risk.

The Government has no plans to peg the Ringgit to the US dollar, like what was done during the 1998 Asian financial crisis. However,  don’t expect the Ringgit to rise any time soon either. It would be prudent for Malaysians to tighten their belt further as we may be in for a long ride on the tumbling Ringgit.

This article was first published in August 2015 and has been updated for freshness, accuracy and comprehensiveness.