Financial Review: Is iPhone 6 Worth The Money?

iPhone 6, reportedly, the best smartphone in the world right now (don’t shoot the messenger, Android users!), has been selling like hotcakes. Even though it is not officially released in Malaysia yet (not until November 6, 2014), some over-excited Apple fans have already gotten their hands on the latest smartphone celebrity.

According to a survey conducted by ChangeWave in March earlier this year, consumers are showing an “unprecedented level” of interest in the then unannounced iPhone 6. In the survey, 40% of the respondents said they were likely to buy the next iPhone once it goes on sale, while only 26% shown their interest in iPhone 5s previously.

With the official price listed at RM2,399 for a 16GB iPhone 6, it is definitely not something that people would buy on a whim. A fresh graduate, earning RM2,500 a month, would definitely not be able to afford it on a month’s wage.

If that’s too steep for you, you can consider getting the phone with a mobile plan with Maxis or DiGi, unfortunately Celcom has not released its plan for the phone at the time of writing:

For more information on the mobile plans for iPhone 6 and 6 Plus, check out our mobile plan comparison page.

If you are scouring the Internet, reading up about iPhone 6 reviews, you will probably know what’s new with the phone, what makes it so cool. However, do you know if purchasing one makes financial sense?

Though a smartphone largely lies on one’s personal preference — some prefer Android, some prefer iOS, there is no one is better than the other, it is still a good practice to evaluate your purchase financially before losing all sense of logic.

Overview of iPhone 6 specifications (just to get the specs out of the way): 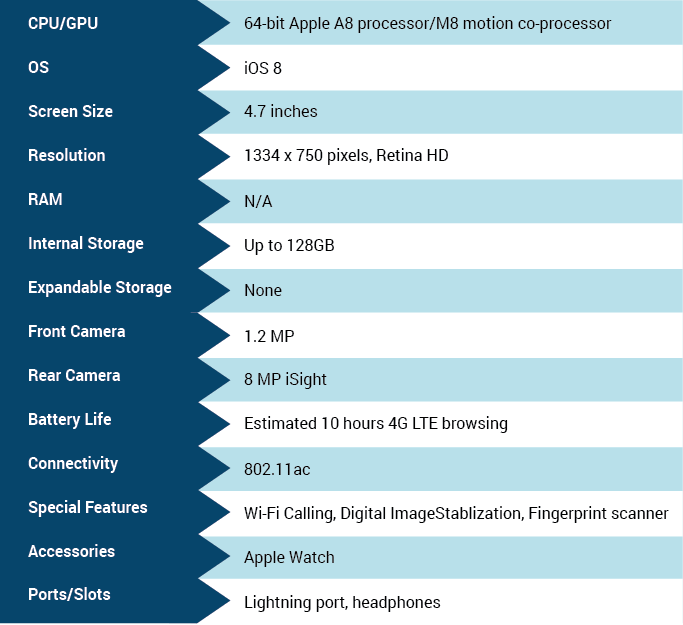 Numbers aside, let’s take a look at Apple’s latest smartphone and see who should get the device (even if it means fasting for at least a month)!

1) If you fancy yourself a photographer

When every Tom, Dick and Harry considers themselves an amateur photographer, at least on their Instagram account, the camera becomes a make-or-break feature in any self-respecting smartphone.

With that in mind, you would have thought Apple would up their game in their latest model. But no… Apple stuck to its eight megapixels camera (same as iPhone 5s), while its rivals like the Samsung Galaxy S5 (16 MP) and the Sony Xperia Z2 and Z3 (20.7 MP) continue to upgrade their camera with every model.

The quality speaks for itself

But those are just numbers, and they may not be the only way one can evaluate a phone camera nowadays. After all, the HTC One M8 is lauded for its amazing camera, which only has 4 MP.

The iPhone 6, though has an inferior megapixel count to a Galaxy S5, triumphs with 1.5 microns pixel size while Galaxy S5 has only 1.12 microns. What this means is, though it uses fewer pixels, they’re individually bigger, resulting in brighter image. This is pretty important if you find yourself using your phone in mostly low light situations. If you are wondering, the HTC One M8 has 2 microns!

iPhone 6 also has a new feature called the Focus Pixels or also known as phase detection. With this feature, you can really be the photographer you dreamt you could be, as it is the same feature available in SLR cameras. Phase detection allows your camera to focus much (MUCH) faster, without having to double tap on your screen to focus.

Entry-level DSLR cameras cost at least RM1,000, so paying RM2,399 for a device that also doubles as a smartphone, is definitely worth the money!

2) If “patience” is a foreign word to you

Some people have beef with smartphone that lags, hangs, or generally, just doesn’t act too smart. This is a common problem with a lot of the smartphones in the market, where the features and functions on paper impress you, but unfortunately the processor doesn’t support all of them perfectly.

Performance is always a tricky thing to judge on smartphones of different platforms. Just looking at the specifications, iPhones have always been on the losing end compared to its peers. However, once you use it, it tells a completely different story.

iPhone 6 has upped its game with the new A8 processor and a M8 motion co-processor, which allows the device to sprint through tasks without experiencing lag. Even though there has been no complaints on the previous iPhone 5s (which was A7), you can expect the 6 to be even better!

For the avid iPhone users, the difference in speed is not significant, but considering that there are probably more things happening in the background, maintaining its previous speed is pretty impressive.

From the track record, iPhone has never disappointed when it comes to its performance. It is not just a numbers game, but it’s all about the user experience. Ask any true iPhone user, the RM2,399 is worth the price to preserve your sanity.

3) If you love groundbreaking technology

If new technology makes your heart pump a little faster, your hands a little sweatier and the butterflies in your stomach a little more active, then you are in for a real treat with the iPhone 6.

Though the TouchID technology is nothing new having previously been incorporated in the 5s, it becomes even more useful now with the iPhone 6. Before, it allowed you to just sign into your phone, download apps and buy music with just a tap of your finger, now you can turn your phone into a credit card!

The groundbreaking announcement that causes a stir among the smartphone users is the Apple Pay feature. It’s similar to making purchases with Pay Wave, but instead of waving a credit card, you wave your iPhone. How cool is that?

Even though Samsung has already introduced the NFC chip in some of their phones, it requires a swiping motion to activate. Plus, it hasn’t really taken off, even in the US. Hopefully, the Apple Pay will see better execution.

Unfortunately, we may not see this technology in Malaysia as yet, but it’s not necessarily a bad thing to get it later. When it comes to your money, it is always best to ensure that it is completely secure, and all bugs fixed. We are all for the US being the guinea pig and testing out the new technology before we adopt it.

Other than the mind-blowing Apple Pay, iPhone 6 has also been discreetly upgraded with more sensors, which include a barometer, making it more sensitive to your movement, like your altitude, and also the weather.

If you like talking on the phone, things just become a little sweeter with the Voice LTE (VoLTE) feature in the sleek device. This allows better sound quality and will come in handy if signal is bad. However, the service largely depends on the mobile operator. Let’s hope the operators in Malaysia introduce this soon.

4) If you are money wise

Though it comes with a steep price, buying an iPhone 6 actually makes more money sense than buying an iPhone 5s. If you are currently using a 5s, there’s no stopping you from getting a 6 now!

When 5S first came out, the prices were:

Now with the 6, Apple has completely done without the 32GB and is only producing 16GB, 64GB and 128GB. So now you will be paying for the 64GB and 128GB at the same price that was previously for the 32GB and 64GB. Here’s how much an iPhone 6 costs without mobile plans:

You are paying the same price as the 5s for double the storage space!

In other words, you just want the new iPhone, and it doesn’t matter what they have changed or not changed since the previous model.

This gives you the bragging rights, especially if you manage to score it before anyone else in Malaysia.

Other than that, why not pay more for:

If these little things do not make the price totally worth it, then what is the point of technology?

Though it is regarded as the best smartphone in the world, it is not perfect. Here are some things that may turn you off:

There is no denying that the iPhone 6 is a beautiful piece of technology, and if you have the money to spare, especially if you are in need of a new phone, instead of just getting one for the sake of being the first, it makes good financial sense to grab one if any of the above features are particularly important to you.

However, this can be a dangerous game to keep up with, as Apple tends to come up with a new model every six months, expect the 6s to be released six months later. If the thought of spending a huge portion of your monthly salary on a phone gives you the hive, perhaps you should consider these instead.