Home › Latest Articles › Economy › Does It Still Make Sense To Be A Ride-Sharing Driver?

Does It Still Make Sense To Be A Ride-Sharing Driver?

About 60,000 Malaysians take to the streets every day to just ferry anyone they see on their smartphones wanting to get from Point A to Point B.

That 60,000 makes up the workforce behind ride-sharing companies Uber and Grab, but according to government data, only 20% of these are working full-time, meaning roughly 40,000 are part-timers while holding down permanent jobs.

We have written and done the maths about how these ride-sharing services are a great way for Malaysians to hop on the side-income wagon and earn some extra cash to meet the rising cost of living and debt obligations, among others.

But with higher fuel price, should Malaysians continue to participate in such programmes? Grab has said the fuel price hike would not see an increase in fares, citing the affordability and convenience of their services to passengers and the welfare and livelihood of drivers.

The ride-sharing firm added that they may consider “dynamic pricing” to meet the demand of high-end areas during peak hours and also may consider fuel rebates and car maintenance (deals) for its drivers.

Question is, what do the drivers have to say?

But, first, an oily recap

Malaysia decided to end its decades-old subsidies for gasoline and diesel in 2014 amid falling oil prices, ending the country’s diet on cheap fuel. 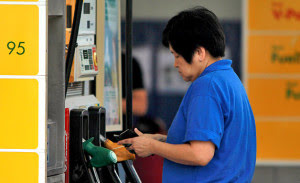 Malaysians no longer enjoy low fuel prices after the government decided to remove subsidies in 2014.

Since then, the widely used RON95 and RON97 grade of gasoline and diesel has been priced using a managed float system.

When the float system was introduced, Moody’s Investors Service said the decision to shift to a more flexible pricing system was a positive step for Malaysia. It believed that a decline in global fuel prices would give countries such as Malaysia a chance to scale back subsidies that have contributed to fiscal deficits.

But after three years, Malaysians are complaining that fuel prices are unmanageable, prompting the government to announce a ceiling price that will be announced weekly, beginning March 29.

Caught in between these developments, however, are Malaysians who have seized the opportunity of becoming ride-sharing drivers to either earn a living or just to pocket some side-income.

Feedback from behind the wheel

Val Chong who drives for Grab on a full-time basis says his earnings are sufficient to cover fuel costs. He drives a MyVi 1.3 and averages 50 hours a week and covers about 2,000km a week.

“My gross income, including incentives and bonus, is roughly RM1,800 a week,” he tells iMoney through email. From that amount, he sets aside about RM300 for fuel.

Syahrin, a part-time driver with Grab, says on a full week of driving (Monday to Friday), he spends around RM50 for diesel and nets an average of RM200 a week after deductions, including on fuel. He drives a Hyundai Starex.

But Abdul Rahman, who has been on both ride-sharing platforms on a part-time basis, begs to differ. “It is enough to cover fuel costs but sometimes you don’t have income after that,” he tells iMoney. 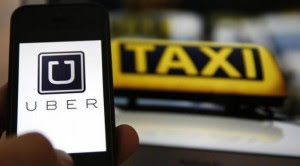 Some of Uber’s promotions have been deemed unfriendly for drivers.

Rahman drives a Suzuki Swift and logs in 20 hours a week. He says he earns between RM300 and RM400 a week, after deducting costs such as Grab or Uber fees, petrol and toll. He consumes about RM300 a week on fuel while on duty.

Rahman believes that ride-sharing companies should do more for drivers in matching the fuel prices as currently the promotions attract riders but are a bane to drivers. He cites the RM0.90 deals for trips below RM4km that Uber recently rolled out.

“These promotions just torture the driver,” he says. Syahrin also believes more could be done especially for Uber drivers which he says offers the lowest pricing for riders but imposes a high fee for drivers.

That however has not deterred Syahrin from using the service which he says does use from time to time especially when he is around the Kuala Lumpur International Airport.

No longer a viable income source?

Rahman believes that ride-sharing is no longer a viable source of part-time income. “There’s too much competition these days,” he says, alluding to the popularity Grab and Uber has received through the years.

Chong, however, believes that from an economics point of view, it is still a viable source of income, especially for part-timers.

Regular upkeep of your car will help maximise fuel savings when you are earning from ride-sharing.

“But one should consider his or her own health and take into consideration social and family life,” he says.

On dealing with the fluctuating fuel prices, Chong says he doesn’t deploy any specific savings strategy but ensures that his car is serviced timely and tyre pressures are optimum. He also does not speed and he switches off the air conditioning whenever the weather permits and when there are no passengers.

He adds that before one should consider part-timing with a ride-sharing company, one has to factor in the wear and tear to the car and the extra maintenance costs from the increased frequency in car servicing such as oil change, etc.

“But I still believe earnings are sufficient in the interim,” he says.

Ride-sharing services offer a viable and easy platform for Malaysians to earn some extra cash. However, with the rising fuel prices, drivers will need to be more careful in balancing both cost and profit.

Other ways to help reduce fuel consumption should also be considered. If you are considering ride-sharing full time, you can consider installing a Natural Gas Vehicle (NGV) tank to reduce the cost.

Drivers can also leverage on credit cards that offer high rewards or cashback for petrol to subsidise some of that cost and maximise the earnings.

At the end of the day, lower income from your ride-sharing gig is better than no side-income at all.