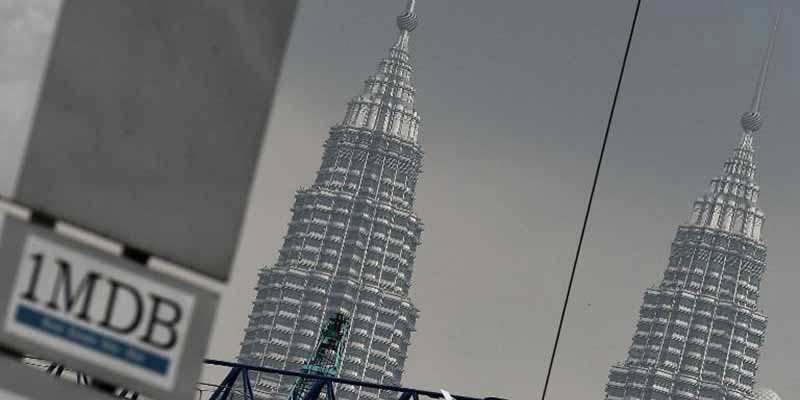 Uncertainties in the market are usually contributed by bad news and dark headlines such as political scandal and corruption, which inadvertently affect the stock market.

Or so we thought.

However, Malaysia has proven to be different. Malaysia’s stock market thrives even when headlines seem to scream uncertainty.

Malaysia has made international news for the ongoing allegations of corruption involving 1Malaysia Development Berhad (1MBD), the country’s state investment fund. However, surprisingly, this didn’t seem to bother investors, as we wrote recently.

Though, Malaysia’s main stock exchange, the KLCI, had a good start to the year, it dropped recently and is now down a modest 3% so far this year.

However, in the bigger picture, Malaysia is still the current home of the longest bull market in the world. The KLCI hasn’t experienced a bear market (when the index falls 20% or more), since March 2009. It’s up around 85% in US dollar terms since late 2008.

One of the reasons Malaysia’s stock market has held up so well is because it includes a lot of defensive companies. Defensive companies produce and sell the things people use regardless of scandal or uncertainty. These include electricity, mobile phones, basic food items, and other staples.

It also helps that on a valuation basis, Malaysia’s stock market is cheap compared to others. This attracts more interest from foreign investors and helps support share prices. And the country’s pension fund has helped share prices by regularly investing in the Malaysian market.

Malaysia isn’t alone in having a strong stock market despite bad headlines. Brazil is another example (which we identified as a compelling opportunity on January 15.)

Brazil is embroiled in an epic corruption crisis, culminating recently in the Brazilian congress voting to impeach President Dilma Rousseff. She is also under investigation for her role in a corruption and embezzlement scandal involving Petrobras, the state-owned oil company.

On top of these bad headlines splattered across the newspaper worldwide, Brazil is also facing its worst economic crisis in decades.

However, the country’s stock market seem to be oblivious to all these crises, as shown below. The largest Brazil ETF (New York Stock Exchange; ticker: EWZ), which gives investors access to 85% of the Brazilian stock market, is up 36% so far in 2016. (It’s up 62% from its January 21 low.) The Brazilian real is also up 10% compared to the US dollar so far this year. This has helped boost the market’s US dollar-denominated returns. 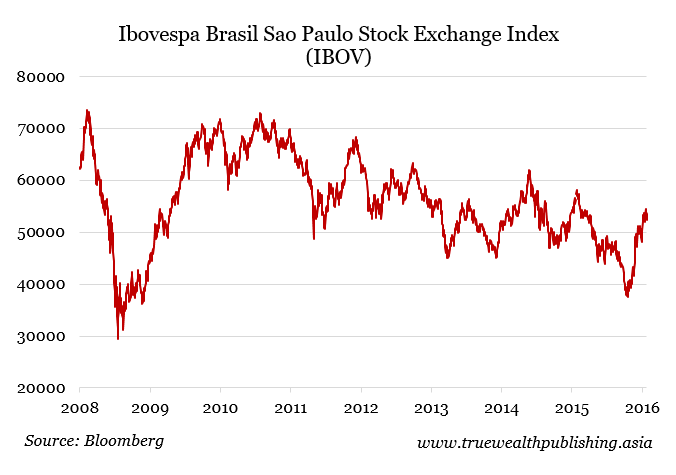 Brazil and Malaysia aren’t alone in having better market performance than headlines. The world’s best-performing stock markets so far this year include Russia, Thailand, Turkey and Egypt. Most of these countries are in the news for all the wrong reasons too.

Of course, any asset that’s fallen in price can always fall further. However, investors tend to have this belief that what goes down must come up. And when something has hit rock bottom (or seem to be), it can only go up.

This is why investors think it’s the best time to invest during these uncertainties. If it’s already at its worst, things can only get better.