Home › Latest Articles › Budget 2020 › What Do Malaysians Think Of #MalaysiaKerja? 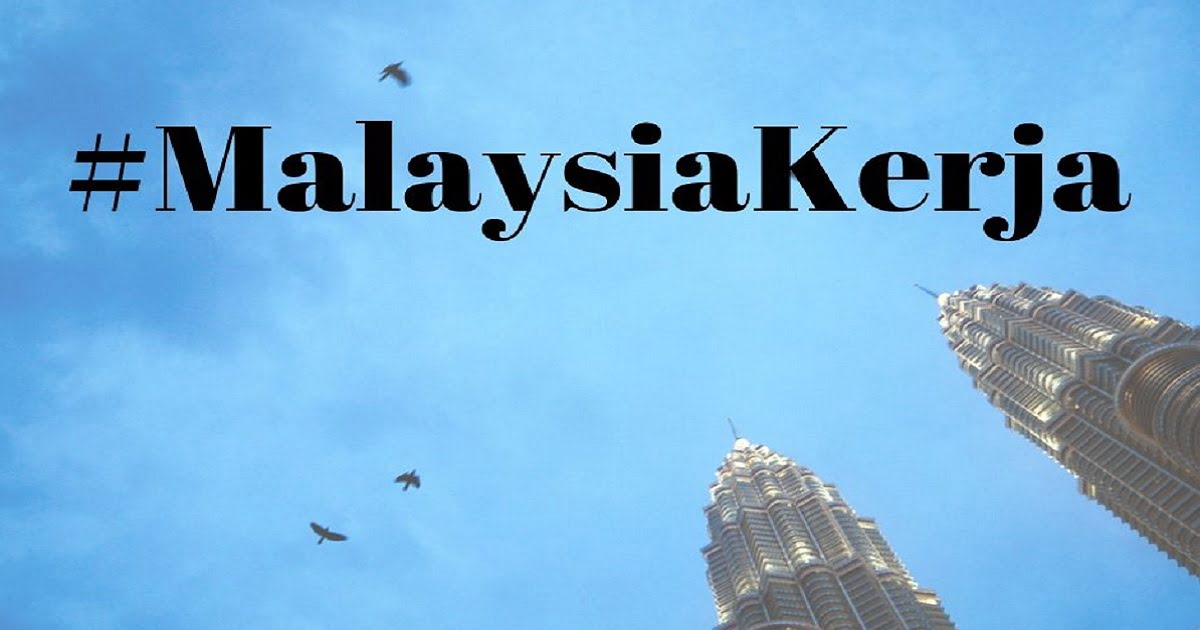 What Do Malaysians Think Of #MalaysiaKerja?

Budget 2020 rolled out #MalaysiaKerja as an initiative to create more job opportunities for youth.

One prominent aspect of the initiative is #GraduanKerja where graduates who have been unemployed for more than a year will receive RM500 a month for two years to his or her EPF savings upon employment.

Meanwhile, the employers who hire them will receive RM300 a month for two years.

Many Malaysians have voiced their opinions about this initiative on social media. While some pointed out that the details of the scheme are unclear, others cautioned that the scheme is open to rampant abuse.

iMoney.my reached out to a Human Resource professional to get the low-down on #GraduanKerja.

What the talent expert says

We interviewed Saw Ann Ping, Director and Trainer at Symphony Digest a one-stop training provider in Malaysia. With more than a decade’s experience in talent managing and 15 years in the banking sector, Saw Ann Ping is certainly not new to handling new talents and managing them.

Asked how open she is towards the #GraduanKerja initiative, she said, “I am not supportive of the initiative at all.  The proposal rewards bad behaviour as it encourages graduates to delay their job search, while if there must be a reward system (which shouldn’t be in the first place), it should go towards graduates who find jobs fast”.

According to her, there are jobs out there and the good ones get hired easily and with very good pay.  It is only the second tier graduates who have problem getting jobs.

She further highlighted that the picky job seekers would not be lured by the extra RM500 if it not their dream job. Especially since the incentive would be credited into their EPF savings. What’s worse, chances are high for them to job-hop after 3 months or less.

As the initiative rewards employees after they are hired and earning, the purpose becomes blurry. According to Saw, the money is better spent on getting the graduates to be employable.

“We asked HRDF whether there is any fund we could tap into to help coach these graduates to become employable with regards to CVs, cover emails, interviews and attitude but we were told that the funds are only available after the graduates are employed.

That is a strange and superfluous approach towards tackling graduate unemployment”.

Saw Ann Ping who has authored ‘The Islamic Finance and Sukuk Handbook – Where Shariah Meets Commercial Demands’ also shared the perspective of an employer:

“If an employer cannot get a good quality employer, he would rather not hire because the cost of hiring a wrong employee is very high, firing staff is not easy and the amount of time that is needed to explain and correct mistakes is extremely high.  RM300 a month is not sufficient to overcome these issues”.

When asked about the tweaks that she would do to make it more effective she said, “One of the immediate tweaks I can propose is to prepare the graduates for employment so they can get jobs, rather than reward them after they are employed.  The current arrangement is not even a chicken and egg situation. There is no chicken to lay the egg”.

It has been said and highlighted countless times that the long-term feasible and sustainable solution to tackle unemployment among youths in Malaysia is through a thorough revamp of the education system.

Saw Ann Ping concurs to the same, “Produce industry-ready graduates, and do better streaming of students.  If the person is not so capable, put him in vocational education, otherwise, you will have a depressed graduate who cannot secure an executive job but is unable to go for non-executive jobs because of “face”.

There are many other aspects of #MalaysiaKerja that have been lauded such as giving more opportunities for women to return to the workforce by providing income tax exemptions under Women@Work. What’s more, Locals@Work gives incentives for locals to replace foreign employees as well as good news for interns who will get RM100 during their training under Apprentices@Work.

However, the government should also take stock of the criticism coming from HR professionals as well as everyday Malaysians about the shortcomings as well.

Is #MalaysiaKerja Open To Abuse?

Concerns are galore with theories on how #MalaysiaKerja will be misused by both employers and employees.

Case 1:
Graduates (especially those coming from comfortable income households) would care less about getting a job immediately upon graduation. Some might go for extended holidays or do freelance works just to pass time to be eligible for the RM500 incentive upon landing a job 12 months later.
Case 2:
Employers would lower the base salary for the employee who is hired under #MalaysiaKerja as he/she will be receiving the RM500 incentive. This will snowball into a bigger issue that results in a slower salary increment for the employee.

This will worsen the salary depression that is already a big struggle in the lives of youngsters today. According to Bank Negara Malaysia (BNM), the real starting salaries of fresh graduates is rapidly declining since 2010.

A highly skilled graduate would be hired immediately upon graduation and would not be entitled to the incentive but a less-skilled employee who couldn’t get employed for the said reason will be eligible for the RM500 incentive.

A reasonable analogy would be the unfairness faced by responsible Malaysians who pay their traffic summons within the due date while the irresponsible drivers who decide to ignore the summon get a 50% discount 2 years later under a campaign.

How Malaysians react to #MalaysiaKerja?

Noor Neelofa Mohd Noor or widely known as Neelofa, a local entrepreneur and owner of Naelofar Hijab is positive about #MalaysiaKerja. In her tweet following the tabling of Budget 2020, she said: Meanwhile, other residents on Twittersphere expressed a range of opinions about #MalaysiaKerja. 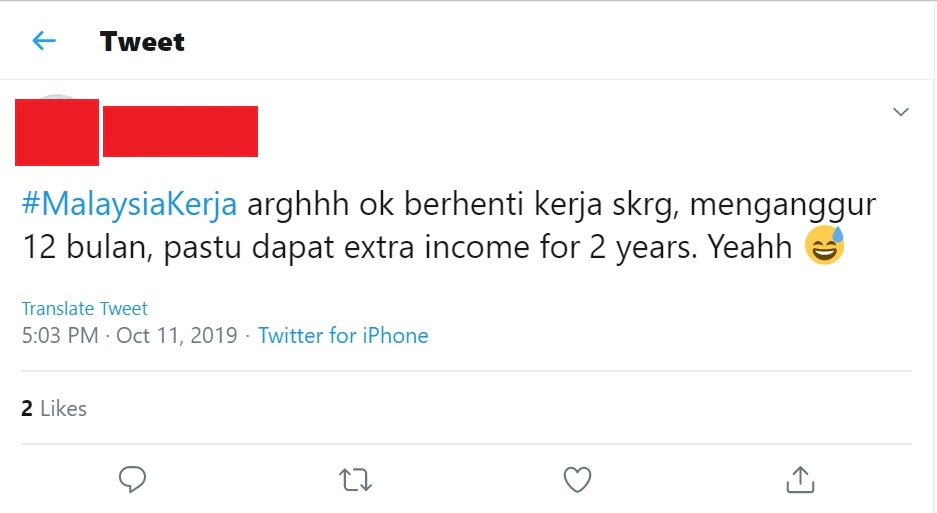 Apart from social media, news portals were flooded with comments from Malaysians. While some were calm and happy with the initiative, many were furious as well.

So, what do you think?

Read More: Budget 2020: Did Everybody Get Something?

Read More: Take Our Quiz And Find Out How Budget 2020 Affects You