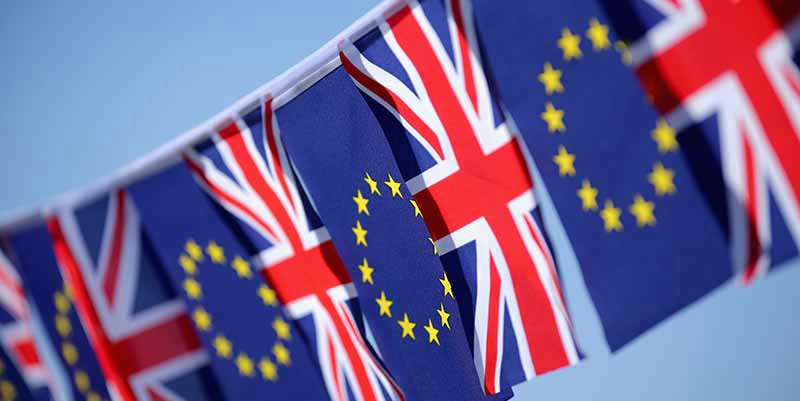 How Will Brexit Affect Malaysia?

In a historic referendum, UK has voted to leave the European Union (EU) with 52% of the votes, after being in the EU for 43 years.

Though most of the regions voted on leaving the EU, London and Scotland voted strongly on remaining.

As the market reacted to the result from the referendum, the pound fell to its lowest level against the dollar since 1985. The fall in sterling marks the biggest one-day fall ever seen and at one point, we witnessed a drop of more than 10%.

Malaysians are attracted to tertiary education in the UK, which contributes to the rise in property investment in the country.

Though Brexit will unlikely affect the quality of the education offered to students, the sliding sterling can be beneficial to many parents who are paying for tuition fees in Sterling — that was about 6x to the Malaysian ringgit last month.

At the time of writing, the ringgit was at 5.5586 to the pound. If the currency continues to slide, Malaysian parents may be able to gain a respite from the sliding ringgit.

2. Outward investment to the UK

Due to the UK’s popularity with international students, many Malaysian property investors are looking to invest in student accommodation in the UK.

In fact, Malaysians make up one of the biggest investors in the property market in the UK, especially institutional investors such as the Employees Provident Fund, Retirement Fund Inc. (KWAP) and Armed Forces Fund Board (LTAT).

According to Virata Thaivasigamony, head of the team of negotiators of CSI Properties (Cornerstone International), a property real estate investment firm, 73% of overseas Malaysian property investors in 2015 have gone into purpose-built student accommodation (PBSA) due to its 8% yields.

However, with the risk of recession post-Brexit as predicted by the International Monetary Fund (IMF), experts are worried that the faltering economy would badly affect property prices, thereby hindering the ability to construct more homes, and also allowing overseas investors to buy property at a lower value.

This could be good news for new Malaysian property investors with holding power, who are looking to break into the UK property market. With the lower currency exchange rate and also lower housing prices, it could be time for these investors to start shopping for a good buy.

However, if this does happen, it will not be favourable to existing property owners. In light of the possible recession, property investment can be difficult, either in rental or in sale.

3. Inward investment from the UK

In quarter one of this year, the UK contributed RM1.9 billion of foreign direct investments (FDI) or 9.3% of the total FDI stock. We saw an increase of 54.1% compared with the same period last year.

Experts do not expect Brexit to affect the FDI in Malaysia, as it involves medium- to long-term factors. However, MIDF Research predicts that it will significantly impact portfolio investments like stocks, bonds, treasuries in the short term.”

“We opine that Brexit has marginal impact on the economic fundamentals of Malaysia but more on financial markets due to negative sentiment. In the wake of Brexit, investors have fled to safety, which means the dollar, yen and bunds (German bonds), causing yield to plummet,” MIDF told The Sun Daily.

This can already be seen with the performance of the stock market, where we saw a large net outflow of portfolio capital for the past eight weeks, averaging above RM1.0 billion.

Today, when the result was announced, other than the plunging currency, world oil prices also tumbled by more than 6%. Experts opine that the reason why the world oil prices took a tumble could be due to risk aversion more than fundamentals.

However, according to Credit Suisse in a report in the New Straits Time prior to the announcement of the referendum result, Asian exports do not rely heavily on UK’s demand. Therefore, any direct impact on the regional economies ex-Japan would likely be small with the exit from the EU.

This is because, the bilateral trade significance between UK and Malaysia has declined since the 1990s. Year-to-date, the UK has only contributed 1.1% to Malaysia’s total trade and ranked 17th out of 240 trading partners.

Businesses that may be vulnerable to Brexit are commodity and business processing exports, said economists Dr Santitarn Sathirathai and Michael Wan. Malaysia, along with Thailand and Vietnam, are agricultural and processed food exporters to the UK, while Malaysia and Vietnam also export mining products.

The exit could result in Britain being a less attractive export destinations in the eyes of Malaysian businesses, due to the possible weaker economy. This remains to be seen.

However, the sliding currency could mean cheaper British products for Malaysians.

Ranked as one of the top 7 best places to retire by the InternationalLiving.com, Malaysia is one of the most popular destinations in Asia for expats and retirees from the UK.

The Malaysian government has been welcoming expats for long-term stays in the country, with the My Second Home (MM2H) programme launched in 2002.

Since its launch, the programme has encouraged almost 20,000 expats to settle in the former British colony. The MM2H has no age restriction, which makes it a popular long-term visa for retirees.

The British state pension system allows pensioners to receive their pension abroad. Although the pension paid is not subject to income tax in Malaysia, it is still affected by the currency volatility.

With the possibly continuous downward slide of the sterling pound due to Brexit, British pensioners in Malaysia can expect a much smaller retirement income moving forward.

In uncertain economic times, one of the luxuries that people let go of, is vacation. In 2015, we saw the arrival of 401,019 tourists from the UK, while in the first quarter of 2016, we saw a hike in that number by about 2.4% compared with the same period last year.

As the summer holiday in the UK approaches, will we be seeing an influx of British tourists to Malaysia?

This can be unlikely, as the British are assumed to be more careful with their finances, especially with falling currency, and hence foregoing long vacations.

We can expect a lower number of tourists from the UK in the coming months, but it probably will not affect tourism revenue in Malaysia significantly as the majority of the tourists coming to Malaysia are from the Southeast and Northeast Asia regions.

Brexit was hailed by Nigel Farage, the leader of the UK Independence Party (UKIP), as the UK’s “independence day”. Though experts do not foresee drastic change for Malaysia, things are not expected to be rosy in the UK.

The IMF predicted the worst-case scenario could see the British economy sink into recession next year, and the overall economic output to slide 5.6% lower than the 2019 forecast, and unemployment to rise above 6%.

In this unprecedented moment, Britain will be the first country to exit the EU, since its formation. However, the referendum would not be an automatic exit for Britain as a member.

The exit process will probably take a minimum of two years, with Leave campaigners suggesting during the referendum campaign that it should not be completed until 2020 – when the next scheduled general election will be held.

Whether Britain will really benefit from its exit from EU will remain to be seen, but it is likely that any direct impact on Malaysia would be minimal.