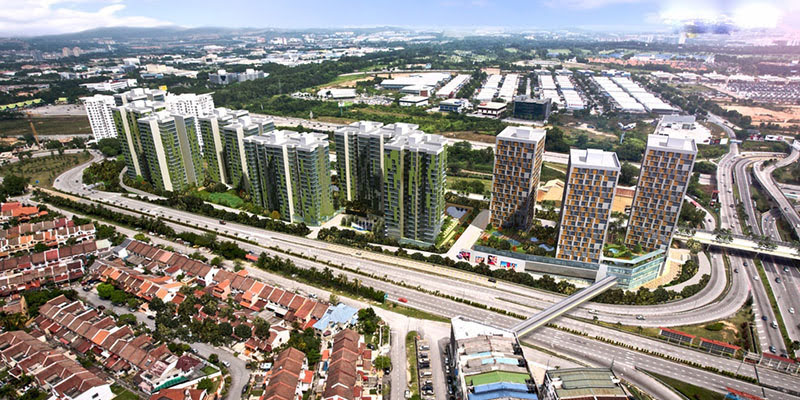 Which Of These 4 States Have The Most Affordable Housing

When it comes to property investment in Malaysia, Kuala Lumpur is quick to come to mind. This is expected as it is the commercial and cultural hub of Malaysia and has seen unparalleled growth in all sectors over the years, particularly in property investment.

However, Kuala Lumpur has been found to have the most expensive real estate in the country, hence, it is not easy for the average property buyer to get their hands on a piece of property in the capital city.

The capital city recorded the highest median household income in the country at RM9,073. This means the level of housing affordability was only at RM326,628, but the actual average house prices in Kuala Lumpur was RM749,305 as at end-2016. This translated into a 6.76 times house price-to-income ratio.

So, if Kuala Lumpur is out of the question for you, where else can you stretch your ringgit further when it comes to property purchase? Here are four major states and their current residential property outlook: 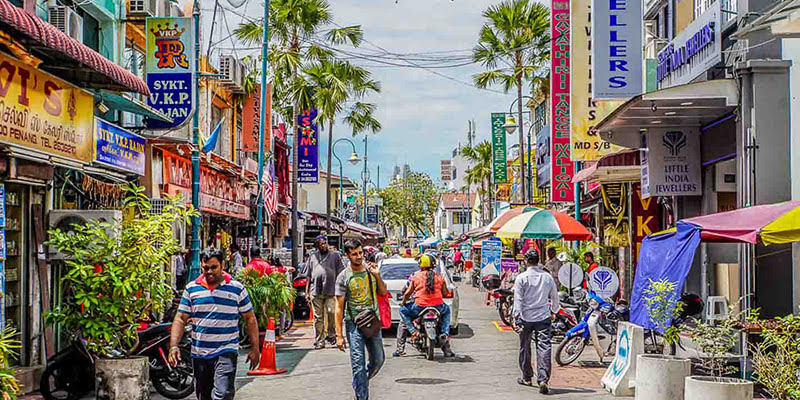 In its Malaysia Commercial Real Estate Investment Sentiment Survey 2016, global property consultancy Knight Frank Malaysia had said that the state had toppled Klang Valley as the top choice for property investment. That same year, George Town was picked as the sixth ‘Best place to retire abroad in 2016’ by CNN Money. What’s more, the expat community in the state has also been expanding, and hence giving a rise in offering a selection of well-known international schools in the state.

It comes as no surprise that new developments have caused an increase in the price of housing in Penang. For instance, the cost of a 5-bedroom bungalow in the town of Batu Ferringhi in Penang is equivalent to the price of houses in top areas in Kuala Lumpur, such as Bangsar or KL city centre.

Housing in Penang is often a mix of condos, bungalows, villas on hillsides, as well as apartments and luxurious condominiums by the beachfront, all of which are surrounded by popular amenities such as hawker stalls and convenience stores.

In 2014, the house prices were most unaffordable in Georgetown, which had the highest median house price (RM600,000) and the lowest median income level (RM4,792). The actual maximum affordable house price (HCB) in the capital of Penang was at RM256,000.

Transportation in Penang is similar to that of Kuala Lumpur, with the addition of sea travelling of course. Public transportation to the island consists of air travel, buses and ferries bringing people and cars into or out of the island.

Buses are the most popular mode of travel, with Rapid Penang consisting of paid bus routes while the Central Area Transit (CAT) buses provide free transportation for all on selected routes.

A two-hour drive from Kuala Lumpur, Melaka has seen an influx of tourists ever since it became a UNESCO World Heritage Site in 2008.

As one of the tourist-heavy states in Malaysia, expect Melaka’s economy to boom in the years to come. What’s more, Melaka has been recognised as the state with the most affordable housing with prices ranging from as low as RM80,000 compared to northern states where prices start around RM240,000.

Housing prices are much cheaper in Melaka than in Kuala Lumpur. For instance, a 3-bedroom condominium could be as low as RM400,000. However, foreigners are only allowed to purchase strata properties, such as townhouses and condominiums, for a minimum of RM500,000. Houses in Melaka which are going at RM120,000 or RM250,000 would typically be worth RM470,000 and RM700,000 respectively in other states.

Reports have also stated that a good number of new developments are set to be coming up in Melaka. As of March last year, property developer Yong Tai Bhd reported two planned new developments with an estimated gross development value (GDV) of RM2.3 billion in Melaka, to complement its Impression City master development. The acquired land is intended for a mixed development project comprising of a hotel, serviced apartments and retail units, which will no doubt be beneficial to the state’s economy in the long run.

Transport in Melaka is not as well-developed compared to Kuala Lumpur. Thus, the residents of the state of Melaka are known to walk whenever possible.

Public buses and taxis are easily accessible to get around in the town centre, and buses are fairly cheap and connect most major parts of Melaka.

You may also use a bicycle, with its own designated lanes for cyclists; this is expected to become a major residential and commercial hub in the near future.

Johor Bahru has re-branded itself from a small border town to a sophisticated, high-flier in tourism and business. Known as Malaysia’s second largest city after Kuala Lumpur and southernmost city in the peninsula, the state is expected to become a major residential and commercial hub in the near future.

It is connected to Singapore via a causeway and is steadily shaping into a rival of its neighbouring city-state. Note that weekends in Johor are on Friday and Saturday, while Sunday is a business day.

Prices of property in Johor starts at around RM300,000 for a 3-bedroom condominium and can go as high as RM2.3 million for newly developed areas with more facilities such as golf courses, commercial outlets, and top-notch security measures.

Whether you are looking to rent or to buy a house, property prices in Johor are cheaper compared to Kuala Lumpur. This is no doubt a good sign for those who are considering to settle down in the state.

Johor registered an increasing market overhang share at 24.8%. This was mainly made up of two to three-story terraced houses priced at RM500,000 and above, as cited in the Property Market Report 2016 by the finance ministry.

Amongst the newly developing areas in Johor is Midori GREEN Resort Homes Residences at Austin Heights. The area consists of 418 units of freehold serviced apartments, with nine types of units up for sale. This upcoming area is also walking distance to Austin Heights International School, Sunway College (Johor Bahru), Foon Yew 5 Primary School and is part of an exclusive environment next to Austin Heights Golf & Hotel Resort.

Another newly-developed area is Kiara 2, a follow-up to Kiara 1 which consists of Cluster Homes. With a built-up area ranging from 2,840 sq.ft. to 3,729 sq.ft., Kiara 2 aims to address the needs of all homeowners who want a mixture of nature with luxury tailored hillside boutique homes.

There is no light rail transit in Johor at the moment, although one is being planned to connect the state to Singapore. Thus, residents are known to get around either by bus, taxis, or private cars and motorcycles.

Getting around on foot in heart of the city is a good option. The best choice, however, would be to drive or take a taxi. It is said that one of the perks of driving in the state is that you may come across the Sultan of Johor, who loves driving around in his car or riding his motorcycle.

Negeri Sembilan lies on the western coast of Peninsular Malaysia, south of Kuala Lumpur. It borders Selangor on the north, Pahang in the east, and Melaka and Johor to the south. The capital of Negeri Sembilan is Seremban, while the royal capital is Seri Menanti in the district of Kuala Pilah. Negeri Sembilan is mostly known to those in the capital for its towns of Port Dickson, Bahau and Nilai.

Negeri Sembilan has many appeals, such as luxurious residential communities in tranquil settings, all of which are located around a 30- to 60-minute drive away from Klang Valley.

Thus, it’s no surprise that a steady number of people from the city are opting to stay in Seremban and commute daily to the Klang Valley instead. The cost of living, as well as property prices here, are cheaper compared to that of Kuala Lumpur and they will get to enjoy a more balanced lifestyle.

No doubt property prices are appreciating steadily. However, properties in Negeri Sembilan are considerably more affordable compared to properties in Kuala Lumpur, thus resulting in the high demand from home buyers, especially families who are seeking bigger units or landed properties.

It’s no secret that property prices have increased considerably over the years in Kuala Lumpur. During this rise, more investment has been coming into Negeri Sembilan, thus significantly improving the quality and options of attractively priced properties, which are typically priced 30% to 60% less compared to those in Klang Valley.

This no doubt presents an alluring investment opportunity. Dato’ Kevin Woo, Managing Director of KW Associate Architects Sdn Bhd, with 30 years of experience in the industry, shared that many people who have bought properties in Negeri Sembilan’s prime areas such as Seremban and Nilai have enjoyed good capital appreciation.

This includes a terrace house that increased in value from RM380, 000 in 2014 to approximately RM520, 000 currently, with a 36% capital appreciation return. What’s with the ongoing investment in infrastructure, schools, and hospitals in the area, more capital growth in Negeri Sembilan is possible.

Negeri Sembilan and its capital, Seremban, is made up of wide open spaces of greenery and lakes. What’s more, the area is well-linked to Kuala Lumpur and the city’s airports, KLIA and KLIA2, as well as Melaka, Putrajaya and Cyberjaya via the North-South Highway, LEKAS Highway and ELITE Highway.

Some residential communities in Negeri Sembilan are also relatively close to Kuala Lumpur. This includes Chemara Hills and Planters’ Haven, which is a 60-minute drive from the city, Bandar Ainsdale, which is 50 minutes away and lastly, Nilai Impian which is situated 45 minutes away from the city.

Housing prices have the biggest hold on whether or not a state is considered expensive, which is why more and more individuals are finding it more advantageous to move over to one of the neighbouring states in the country as opposed to living within the city and Klang Valley.

According to a joint report titled “Demystifying Affordable Housing Issues in Malaysia 2017”, Khazanah Research Institute and World Bank have dubbed Melaka as the most affordable housing provider in Malaysia.

Based on the comparison above, Melaka is considered the most affordable state when it comes to purchasing property or as a state to live in. This is followed by Negeri Sembilan, Johor and lastly, Penang, both of which have been reported to have the most expensive housing rentals in Malaysia next to Kuala Lumpur and Selangor.

Ameena Siddiqi, the managing editor for Selangor Journal newspaper published by the Selangor State, likes to write on property and general topics. She has edited numerous books and magazines, and believes that financial literacy is important and knowledge is the key to advancing in life.