Home › Latest Articles › Investment › 5 Risks That Can Ruin Your Retirement 5 Risks That Can Ruin Your Retirement

No one said retiring was easy. The Employees Provident Fund (EPF) revealed that more than 60% of its members do not have sufficient savings to call it quits and that 1 in 3 Malaysians do not have a savings account.

In fact, EPF revealed that most have not saved enough to last them more than five years after leaving the working world.

That does not mean the future is bleak. With some simple financial manoeuvres, you can save enough to live through retirement.

But while you are at it, you might want to consider these 5 risks that can run your retirement:

In Malaysia, the medical inflation rate, which is the increase of medical costs, is between 10% and 15% every year.

The problem with health matters is that they do not discriminate between age and gender, meaning those with an active lifestyle could also suffer from an unexpected, life-threatening disease.

Worse, post-treatment care is not cheap either. For example, if someone survives a stroke, he or she will need some form of long-term assistance.

A high-risk investment is defined as one where there is a large percentage chance of loss of capital or underperformance. These include, among others, currency trading, REITs, high yield bonds and initial public offerings.


Your best bet is a low-cost, appropriately risked retirement asset allocation that includes a basket of investments. An example of a moderately conservative portfolio would be something like this: 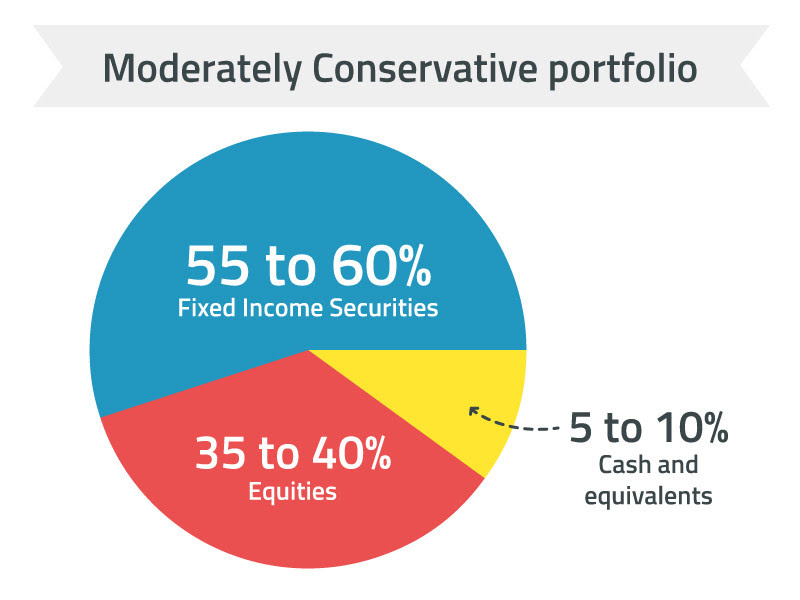 The most important part of asset allocation is regular tweaking according to your changing risk tolerance. The older we get, the lesser risk we can withhold. This should always be reflected in your investment portfolio.

Asian Institute of Finance (AIF), in a study of 1,000 professionals aged between 20 and 33, found many of them live beyond their means. Majority of its respondents live on credit, with 38% taking personal loans and 47% living on high-interest-rate credit cards. Only 28% claim to know how to manage their finances.

The study went on to find that 75% of respondents have at least one source of long-term debt such as car loan, education loan or mortgage, while 70% own credit cards and tend to pay the minimum monthly payment with 45% failing to pay off debts on time.

Say, John Doe has a credit card debt of RM10,000 and let’s assume the interest rate is 15% per annum, that means his debt costs RM3,158 in interest over 6 years and 11 months, if he only pays the minimum payment every month.

While this sum may seem like nothing if you are young and still pulling a steady pay cheque, but those nearing retirement should consider whether they will be able to make such a debt payment on just their retirement fund.

Without a pay cheque, it’ll get much harder to make lump sum payments to reduce debts so it’s essential that you reduce your interest fees as much as possible before you hit retirement.

Retirees may need to change from living on their own to other forms of housing, such as assisted living, which combines care with housing, and independent living.

Even if a retiree is fit health-wise, it is advised to have the savings for at least one year’s stay at a nursing home. These fees are rarely covered under a medical insurance plan so you’ll need to budget for them on your own.

Doling out that much for one year is a lot. A conservative estimate for five years, excluding medical expenses and such, would set you back RM202,000.

For the average middle-income middle-aged parent, this is a ubiquitous problem: just as you are catching your stride in your career and begin to make up lost ground funding your retirement, you get walloped by college costs.

Malaysia has been ranked the fifth most expensive country to get a university education in relation to household income. Average working parents in Malaysia spend 55% of their salaries on each child to complete tertiary education, said business-to-business marketplace Expert Market.

For example, 30-year-old Ahmad plans to send his daughter to a local university or college in 20 years’ time and he intends on dipping his hands into his Account 2 to fund the entire four years.

Here’s how much he will have in his Account 2 then: His daughter plans on doing medicine, which is a popular choice, at a private university. That would set him back anywhere from RM250,000 to RM333,000.

If Ahmad continues to work till 60, here’s how much he will have saved up in his EPF account by the time he retires:

But, after eating into his Account 2 for his daughter’s education, he would be short of RM423,700 to live during retirement.

While you can’t game any financial market or predict the future, what you can do is prepare yourself for any unforeseen consequences.

One way of doing this is to bloat your EPF account by using investing a certain percentage of your savings in unit trusts through the EPF Members Investment Scheme (EPF-MIS).

The EPF-MIS allows EPF members to withdraw a certain amount of money from Account 1 and invest them into selected funds provided the Basic Savings in Account 1 is met.

Note: Minimum amount of RM1,000 in order to be eligible for EPF-MIS

If you are young, then consider a moderately aggressive investment portfolio where you can still afford to make up for lost money through your monthly salary.

If you are nearing retirement, look at low-risk funds and a portfolio that is between conservative to moderately conservative. Your best bet is keeping your portfolio diversified.

Ultimately, service your debts and clear them as quickly as possible. It would not be an easy task to clear even that credit card debt when all you have is your pension to live on.