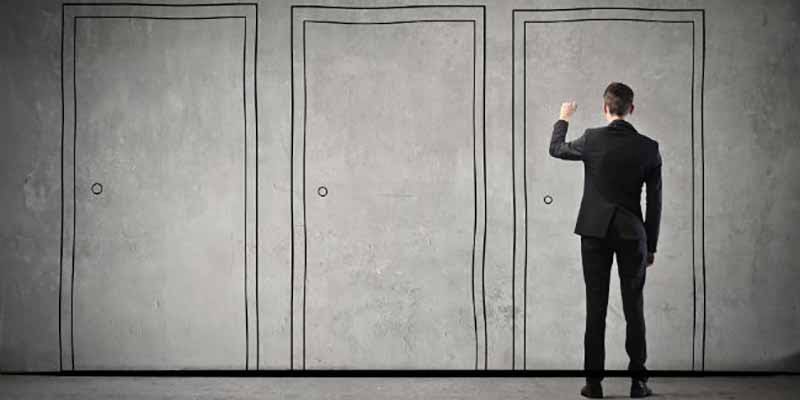 You Wouldn’t Believe How Much Your Inactions Could Cost You

Investors face a choice every time they make an investment decision. The value you give up for the decision or choice is known as ‘opportunity cost’. Choices cost more than just the time and money you spend on them. Opportunity cost also refers to the value of the alternative.

For example, imagine that at the beginning of 2013, you decided to buy UMW Holdings, one of Malaysia’s largest industrial companies. At the same time, IOI Corporation, another big conglomerate, looked appealing. But you decided to invest RM10,000 in UMW Holdings.

One year later, both company’s stock price had not move much and you were collecting a nice dividend from UMW, so you decided to hold onto the stock without conducting any research to find out if UMW was still a good investment, or if IOI looked better at this point.

However, another year passes, and IOI had gained more than 10% and UMW was down over 10%. Two years later, UMW was down nearly 40%, while IOI was still up over 10%.

Of course, it is not possible to predict accurately how these two stocks would have performed. However, the  investor in the example above have had many chances to sell UMW shares and buy IOI shares along the way, as the chart below demonstrates. He could have lowered his opportunity cost by realising he had made the wrong choice and used the “dead money” in UMW to buy IOI stock. 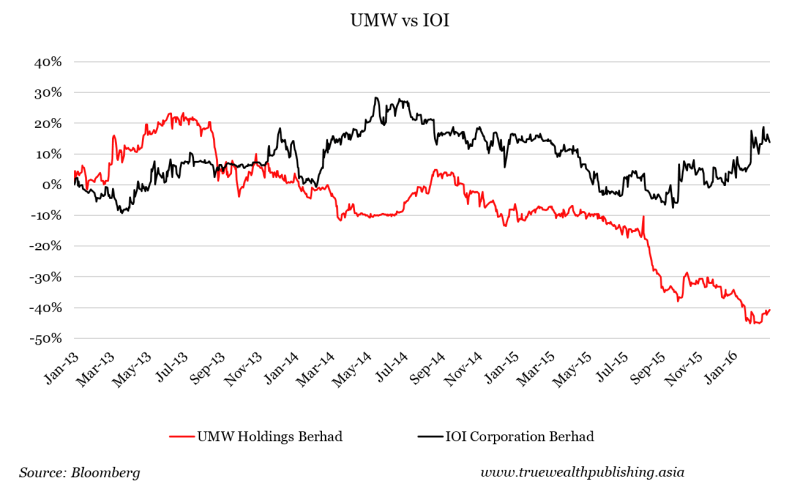 It’s not easy to admit failure. In fact, cutting losses is one of the most difficult choices an investor has to make. He must avoid the sunk cost trap, which causes an investor to evaluate an investment based on the time and money already “sunk” into it.

Despite evidence against it, this investor did not sell but kept going forward in the hope that things would improve.

On the other hand, experienced investors would have evaluated each portfolio holding by asking, “If I didn’t already own it, would I buy it today?” If they can answer “yes,” then there is reason to hold on to a stock that’s lost value. If they answer “no,” the better decision is to sell and move on.

To avoid the risks of emotional investing, it’s important to set rules before you buy. A practical and useful way to limit your losses is a trailing stop.

When buying a stock, enter a trailing stop order that will fill when the share price falls by a certain amount, say 25%. This takes emotions and worrying about what to do out of the picture. You’re automatically out.

Taking a loss is not pleasant. But the reward will be a lower opportunity cost and a more valuable opportunity down the road.