Home › Latest Articles › Economy › Why You Should Start Investing Now 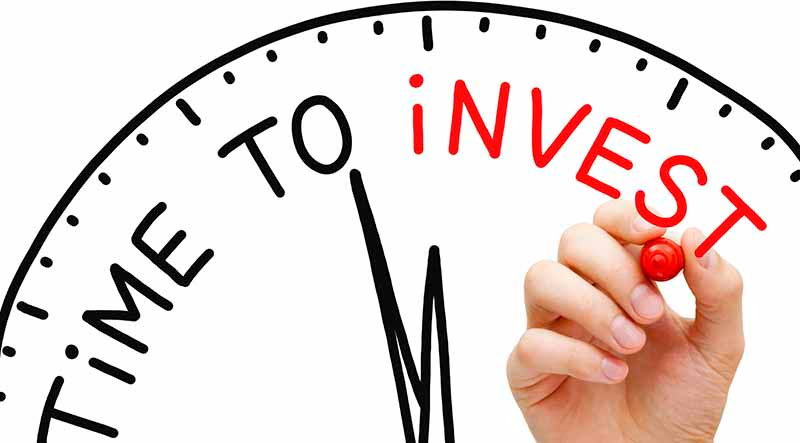 Why You Should Start Investing Now

Today, most of us are anxious about the deteriorating value of money as the ever rising inflation appears to be our constant companion, driven both by external and internal factors.

One of the recent factors affecting inflation is the removal of subsidies. When this happens, as many Malaysians are finding out, the prices of consumer goods will rise.

Moreover, prices of goods are expected to soar even further due to the weakening of the Ringgit. On June 18, the Ringgit dropped to an all-time low figure of 4.1230 against the greenback. The Ringgit’s plunge has driven inflation up due to higher cost of importing goods.

Besides that, the newly implemented Goods and Services Tax (GST) of 6% has caused many of us to cringe at the mere idea of eating out. In June, the Consumer Price Index (CPI) showed a 2.5% increase due to GST and the weakening Ringgit further increasing inflationary pressures.

It really looks like we have even less money than before and contrary to what you may believe, this is exactly why you need to invest your money now!

How inflation cripples your financial freedom

For the layman, inflation basically means that the prices of goods and services keep going up (without the same increase in your income). According to the official statistics, our CPI is around 2-3%%. However, most of us actually experience a higher inflation rate than that because we consume a lot of items which are not counted in the CPI. I estimate the inflation rate to be at least 4% to 6%, depending on the items you actually purchase.

Here’s a very simple example to illustrate the impact of inflation on your money using a 6% average inflation rate as well as its impact when you’re looking at a 4% annual investment return.

With the starting capital of RM3 million in capital and an inflation average at 6% annually, it takes only about 12 years for the value of the wealth, in today’s Ringgit, to decline by 50%.

In other words, if you took RM3 million and buried it in your garden, then dug it up 12 years later, your money would be worth only half as much as it is in current Ringgit terms as when you buried it.

And every 12 years thereafter, its value would likewise be reduced in half. So, this is the first negative impact of inflation – it destroys capital.

Inflation of 6% equally has a negative impact on our income over time. A 4% return on RM3 million invested would yield RM120,000 annually. But at the same 6% inflation rate, the purchasing power of that income in 12 years would only be half as much as it is today. So effectively, the returns on your investment would reduce by 50% every 12 years.

Of course, the returns won’t actually reduce but what you can get for it will.

As this example shows, inflation is a very serious problem.

The impact of losing your accumulated money

Psychological studies show that we feel the pain of a dollar lost twice as much as a dollar won. Obviously, none of us enjoy losing our investment capital.

Let’s assume our target is to achieve a 10% annual gain compounded for the next 5 years which is roughly a 61% gain on our initial capital (ah the magic of compounded interest J).  Now, to demonstrate how much it’ll hurt for us to recover from a loss on capital value in JUST the first year, here’s a table on the appreciation we’d need to achieve in the following 4 years to ensure we achieve the original target returns.

As you can see, in this example of inflation with just a loss of value equivalent to 6% in the first year the impact on our following years is extremely harsh. Requiring us to increase our yearly yields by almost 50% to compensate (From 10% to 14%).

As the example above illustrates, the bigger the loss on our principal capital, the higher the return on investment (ROI) we will need to generate in order to achieve our original investment target. To achieve a higher return on investment, we would need to take more risks. In short, the careless loss of current created wealth would definitely make our investment job tougher. Now we can understand better why Warren Buffett’s first rule in investing is “Never lose your money.”

As you can see, inflation plays an important role in our investing. And if it erodes your investment returns this much, just image where you would be if you had no investments in place at all? This is exactly why it’s key for us to ensure we have investments in these trying times. You may not see the gains you’d like but you would be able to at least maintain your capital value which is key – it’ll allow you to come out much stronger once the good times roll around!

Like any investment, during this period it’s essential that we be extra vigilant in our asset allocations in order to ensure our money is safe.

So, what are you waiting for? Start weighing your options cautiously and optimise your money now.