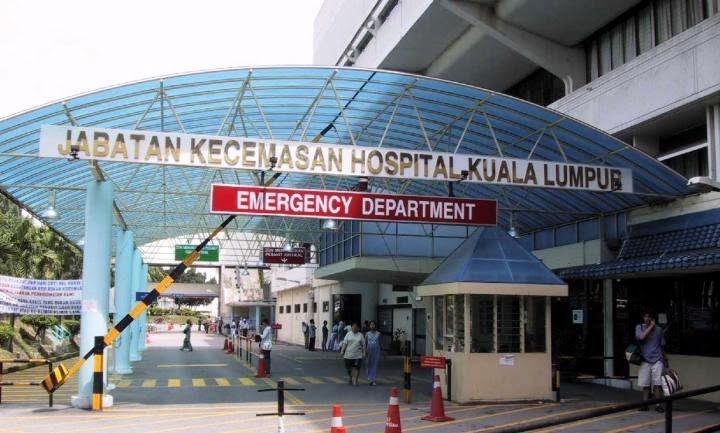 Health is wealth, and in most cases, your health has a direct correlation with your wealth. With medical costs expected to increase by 17.3%, there’s the never-ending concern of what’s going to happen when you or your family member falls ill. Would you be able to afford the best treatment?

Budget 2017 saw RM25 billion being allocated to boost quality of healthcare and the health of the people in the country. This will include a total of RM536 million being allocated for upgrading of hospital facilities. Yet even with a higher budget this year compared to the previous Budget, treatment costs for the first and second classes in government hospitals are expected to increase, according to recent reports.

Despite the expected increase, public hospitals will still be more affordable than private hospitals.

Which class are you in?

There are three classes in government hospitals that are being offered different types or levels of services, and facilities. The fees you need to pay differ for all three classes of patients.

A woman named Loretta who regularly goes to a public hospital explains that when you register for treatment, you are automatically placed in the third class. “You can always move to a higher class after that,” she further explains. “So if I find myself needing a more quiet room to rest, I would request to be sent to second class.”

Rooms in the third class are often packed with up to six people or more, depending on the volume of patients on that day. Regardless of which class you’re in though, you will get the same level and quality of treatment from the medical personnel.

If you are admitted to a government hospital for any type of infectious diseases or illnesses, all charges will be exempted.

For other type of sickness, your charges will only be waived, or you will be given a special discount if you meet the following criteria:

Malaysians who hold certain positions in the government, such as those who serve the army and special officials of the government are automatically placed in first class and have their treatments paid for by the government.

As mentioned earlier, the quality of treatment would still be the same regardless of which class you’re in. With that in mind, here are some of the treatments you can get from government hospitals that are affordable. 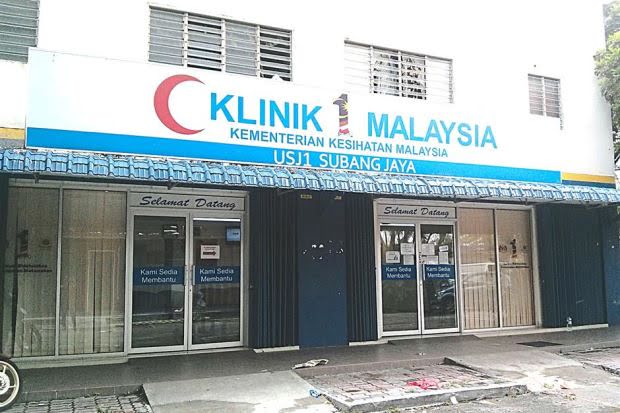 Whether it’s the big or regional government hospitals, or the government clinic, all outpatient visits and diagnosis are RM1. The cost only goes up when you have to see a specialist, such as those who have to follow-up after being warded or were referred to by government medical doctors. These follow-ups usually cost RM5 per visit.

For birth via normal delivery, the cost is only RM10 for those in the third class. However, other types of delivery will incur different costs.

Based on our previous article, a Caesarean delivery in a private hospital can cost about RM17,000!

If you’re in need of physiotherapy, the treatments at the government hospital is pretty affordable. All physiotherapy treatments for those in the second and third class are either RM10 or below. So whether it’s lumber or cervical traction, electric or controlled muscle tests, hydrotherapy, mobilisation and more, they’re all available for RM10 and below.  The lowest cost being physiotherapy recovery exercises in the gym for only RM1 for those in the third class!

When you are admitted, you will need medical treatment and government hospitals keep the cost standard no matter what medication and attention you need. Admitted patients being treated in the first class will be charged RM10 per day for medical charges. Second class will only have to pay RM5, while third class won’t be charged.

As for admission to ward fees, it will be as low as RM3 per night in the third class. But if you’re opting for a more comfortable room which includes air-conditioning, it’s RM80 per night for first class.

For x-rays, there are only two types that are under the RM10 and below category; Superficial X-ray Therapy and Radium Treatment. Both of them are priced as RM10 for first class, RM5 for second class and RM2 for third class.

The biggest concern, of course, is the cost of treatment for cancer. The cost of cancer treatment can cost anywhere between RM60,000 to RM395,000 in a private hospital, depending on the type of cancer and what stage of cancer you’re in.

With government hospitals, the cost of treatment for specific therapies will be significantly lower:

For those in need of kidney dialysis, government hospitals offer as low as RM10 in the third class. For those in the first class, the highest is RM125.

For those seeking psychiatric treatment, it’s absolutely free for third class patients. However, for those in the first class, it’s RM750 per visit. While the free treatment is, of course, ideal, getting a slot may prove to be a challenge. 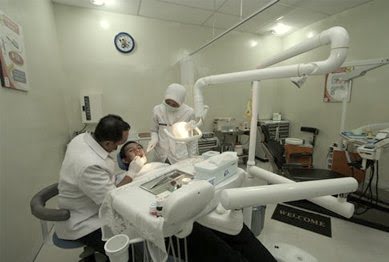 General treatments for dental such as extraction, filling, inlay, and crown for each tooth, scaling and endodontic treatment, are free for those in the third class and below RM5 for outpatient. Extraction and filling for each tooth is below RM10 for the second class.

It’s a good deal but…

With the skyrocketing treatment costs, Malaysians who do not have medical insurance may find it impossible to seek treatment from a private healthcare facility, which is a common problem in Malaysia. Government hospitals offer affordable and quality treatments and healthcare to all Malaysians, regardless of their income range.

Yet private hospitals continue to flourish, proving that Malaysians are increasingly turning to private healthcare. According to Health Minister Dr S Subramaniam, health spending has more than doubled in 17 years per person.

The reason for this? According to this report, public hospitals are often over-crowded, and the long waiting list is a turn-off for those who would like to be treated as soon as possible. Appointments are done with the convenience of the patient in mind at private hospitals, where you are able to rest and recover comfortably and there are no restrictions for visits from friends and family. 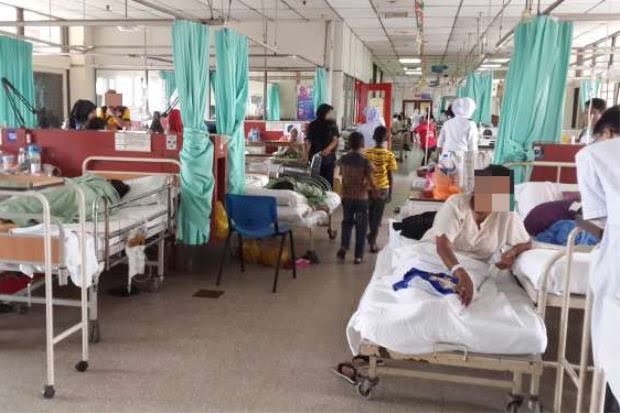 Government Hospitals can get overcrowded – Image by The Star

But with the government putting more focus on healthcare, it’s showing signs of improvement in delivering better quality service, with waiting times cut by 50% and more facilities to treat more illnesses.

According to Prime Minister Datuk Seri Najib Razak, the medical and health charges imposed by government hospitals are the cheapest in the world, with the government subsiding 98% of the medical cost per patient.

With lower cost, demand will obviously surge. At the end of the day, you need to balance the pros and cons of paying more for supposedly better service and shorter waiting time versus paying a fraction of the cost but waiting longer for treatment. Access to treatment should not be a problem for Malaysians, either at public or private hospitals.