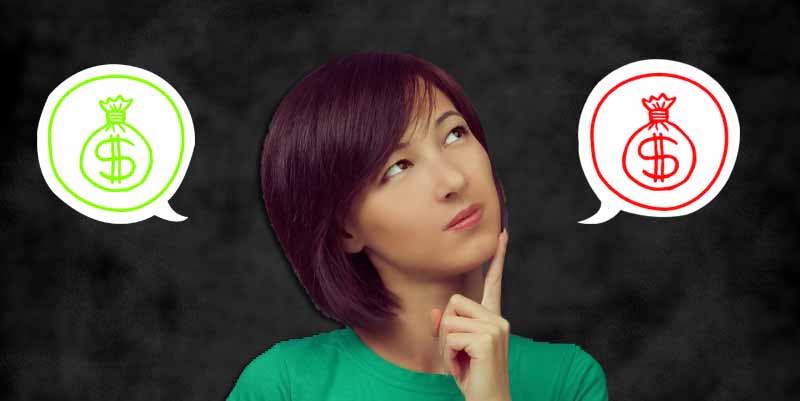 The Reason Why You Are Overspending & Failing In Your Investment

What would you do if you lose your RM16 ticket to the latest superhero movie before you got in the theatre?

So, you’ve lost your movie ticket between the popcorn stand and the door to the theatre. Like any cinema, this one has no record of your purchase, and you’re told that you’ll need to buy another ticket to get your X-Men fix.

The question is: Would you buy another ticket – in effect doubling the cost of seeing the movie – or just go home and watch television?

In a landmark 1984 study by behavioural finance psychologists Daniel Kahneman and Amos Tversky, only 46% of the 200 respondents would have purchased another ticket.

Let’s switch it up…

How about we change the scenario a little.

You lost RM16 on the way to the theatre – before buying the movie ticket. According to the same study, a massive 88% said they would get another RM16 to buy the ticket to see the immortal Apocalypse recruits other mutants in X-Men.

Why the different reaction to the same cost of watching a movie? Both cases involved a total of RM32.

However, nearly twice as many respondents were happy to spend another RM16 after losing that much in cash, versus losing a movie ticket that was worth as much.

The study concluded that this apparent contradiction was because in our minds, we placed only RM16 into our mental “movie ticket account.” Losing the first ticket meant that buying another RM16 ticket would result in RM32 being debited from this mental account.

On the other hand, the RM16 lost on the way to the cinema was not considered part of this account. So we don’t feel as bad purchasing a ticket as only RM16 will remain debited from the movie ticket account.

We tend to put our money into separate categories in our brains, and give these categories different values based on the source of the funds, and what we intend to do with it. This is called mental accounting bias and it leads to us make irrational spending decisions.

Why are you spending irrationally?

Now let’s reverse this to unexpected money we pocket.

People who win millions in the lottery sometimes end up bankrupt. Gamblers who briefly win big often leave the casino with no money. Similarly, a lot of tax refunds are viewed as unexpected windfalls and are spent quickly rather than saved – even though we’d never spend so recklessly if that had been part of our regular pay cheque.

This happens because we tend to spend more after mentally accounting for this money as “unexpected profits.” We treat the same amount of money differently, depending on where it came from.

Ultimately, the source of the money should not play a role in how much of it we spend. But in reality, this is usually what happens.

It also affects your investment

Mental accounting bias often creeps into our investment decisions, too. It explains why we have no problem storing large sums of money in a 5% interest savings account… while carrying a hefty balance on a credit card that charges 18% interest.

Psychologically we feel secure knowing our savings are earning interest, even though using these savings to pay off the credit card balance would save us 13%.

If you buy a stock at RM50 and it goes up to RM100, before falling to RM60, have you gained RM10 or lost RM40? Often as a result of mental accounting bias, the fact that you initially made money means that you probably won’t take the normal steps to protect your profit when the stock is at RM100… steps that you would have taken at RM50.

The bias also means that we label some of our money – like the portion of our savings we set aside for retirement – as completely “hands off.” We won’t invest any of it even though there is every chance we could make more by investing in, say, the stock market. This can hamper our investment returns big time.

How do we overcome mental accounting bias?

How can we fix this problem? Always keep in mind that money is money – it is all the same.

It all boils down to how you view your money. Don’t put a label to your money, but look at it for what it is. The value.

It doesn’t matter whether it comes from your salary, a bonus, a tax refund or a win on the horses. Remain rational and objective. Don’t let labels sway you from this.

And when you invest, remain disciplined, no matter whether you are have made RM10,000 in a day or you are down by the same amount. This is why having a solid investment strategy will help you overcome mental accounting bias.

Come prepared with an investment strategy to achieve your financial goals, and perhaps even a plan for how much you will invest in stocks, bonds and cash.

By treating all money with the same value, you will go a long way towards avoiding the mental accounting bias.