A survey found about 90% of the Malaysian workforce unable to cope with the additional expenses incurred after the implementation of the Goods and Services Tax (GST).

The survey was conducted by Jobstreet.com, a career resources site.

According to Jobstreet, 24% of the survey respondents were already facing problems with their expenses even before the GST kicked in on April 1 this year.

The new consumption tax has significant impact in the daily routines of the respondents, with more than half (56%) minimising going out for lunch with colleagues, and about 47% started packing food from home. 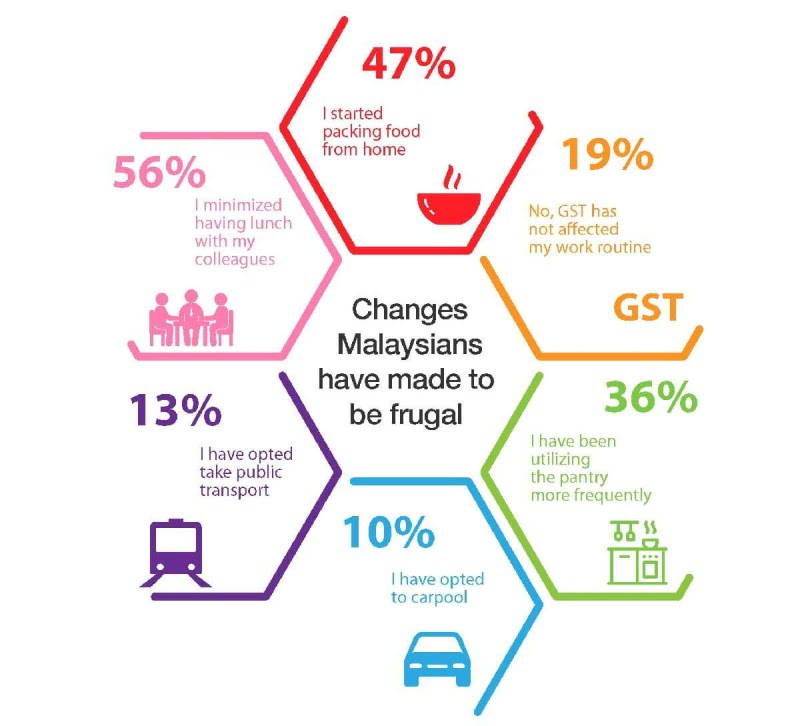 “Some have also resorted to frugal activities, such as utilising their pantries, and carpooling to reduce their expenses,” Jobstreet said.

Among the respondents, only 19% said that GST did not affect their work routine.

Most of the respondents needed additional boost from the employer to help them cope with the 6% GST, such as:

Related: Get a petrol credit card to help you save on petrol expenses. According to the survey, companies are also pressured with 41% of companies receiving increased demands in wages since GST.

However, only 19% of the companies had offered salary increments. This could be the reason why about 35% of the respondents are considering changing jobs to cope with GST.

“Seeing that salaries are a top priority for most people, Jobstreet.com has introduced a Salary Matching feature that matches candidates to the salaries that they want,” Jobstreet’s country manager Chook Yuh Yng said.

The survey saw participation from a total of 1,454 employees and 490 employers.