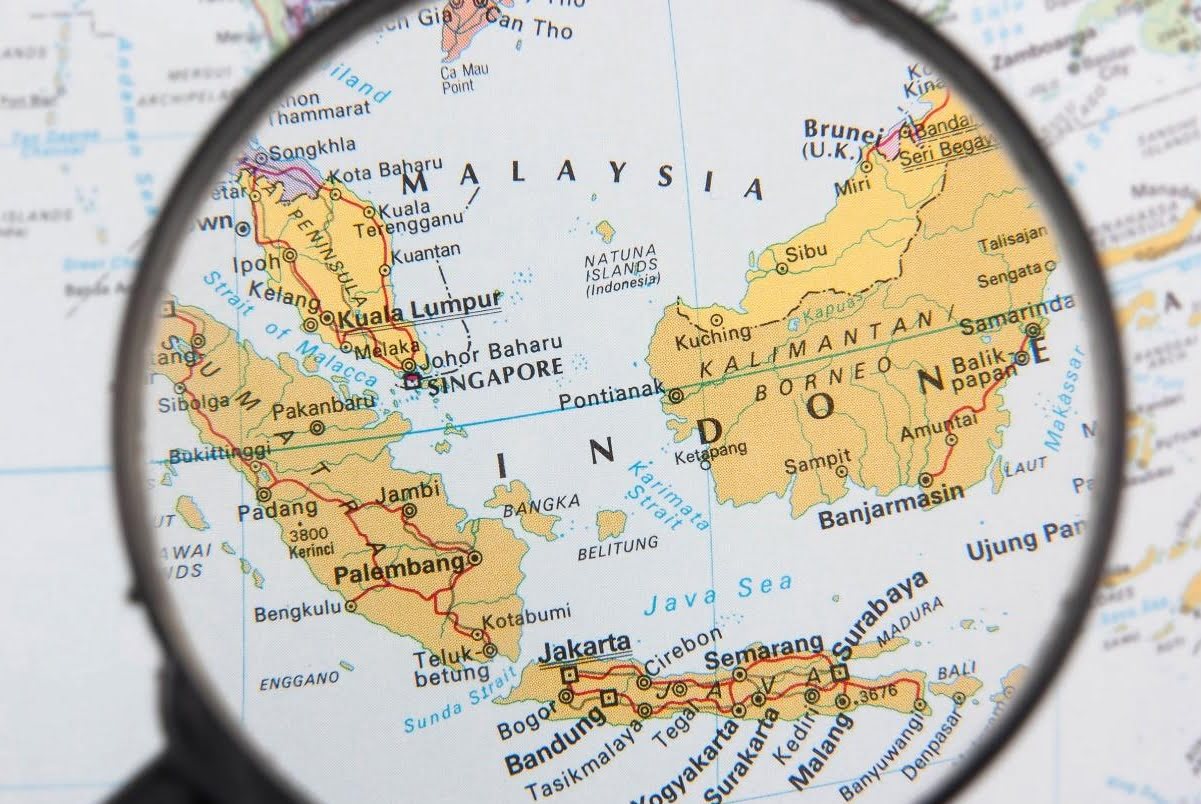 This Is Why Prices In 1957 Malaysia Are Listed In $

It’s been 63 years since the Malay Peninsula gained its independence from British rule. Since then, things have changed. We’ve gone through a lot as a country and sometimes it’s worth taking a step back to see what the journey looked like.

Especially when it comes to our money. Ever noticed that pre-Merdeka prices are listed in dollars and cents? Very different from the British pound sterling that was in use in the United Kingdom at the time.

Let us take a journey back in time to look at the prices of some familiar products as we welcome our 63rd Merdeka.

For example, this advertisement from Swiss shoe brand Bata lists prices in 1936 in the Straits dollar. This currency that was in use from 1898 to 1939 by the Federated Malay States, the Unfederated Malay States, Kingdom of Sarawak, Brunei, and British North Borneo. Basically, what is currently Malaysia and its closest neighbours.

The closest value we could find for the Straits Dollar was in 1906, where it was valued at 2 shillings 4 pence Sterling. Today, that would be around RM14 (adjusted for inflation). Comparatively, Bata is still selling a shoe similar to the Design 77 for RM400. Children’s school shoes now go as low as RM30 from the same store, with most costing below RM50. 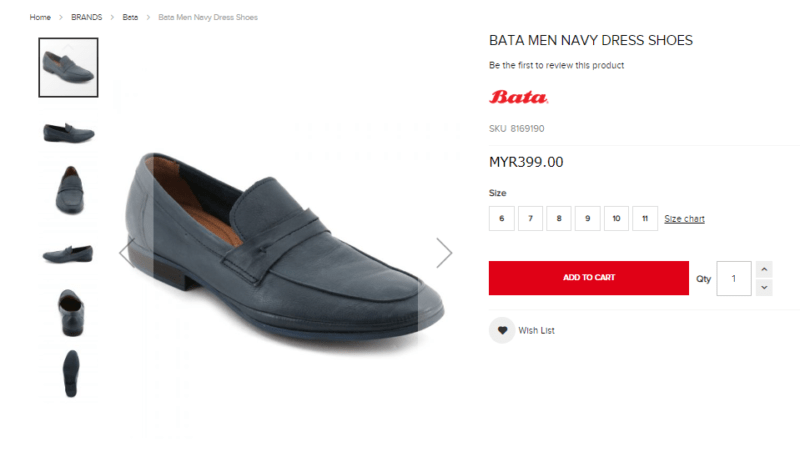 The Straits Dollar was eventually replaced in 1939 with the Malayan Dollar, and then subsequently replaced by the Malaya and British Borneo dollar in 1953. The actual exchange value to the British pound sterling didn’t change; neither did the currency symbol.

Take for example this 1967 Hari Raya Aidilfitri promotion from British chain store Clark’s. Note that once upon a time, Clark’s didn’t only sell shoes but also bedsheets and bath towels. 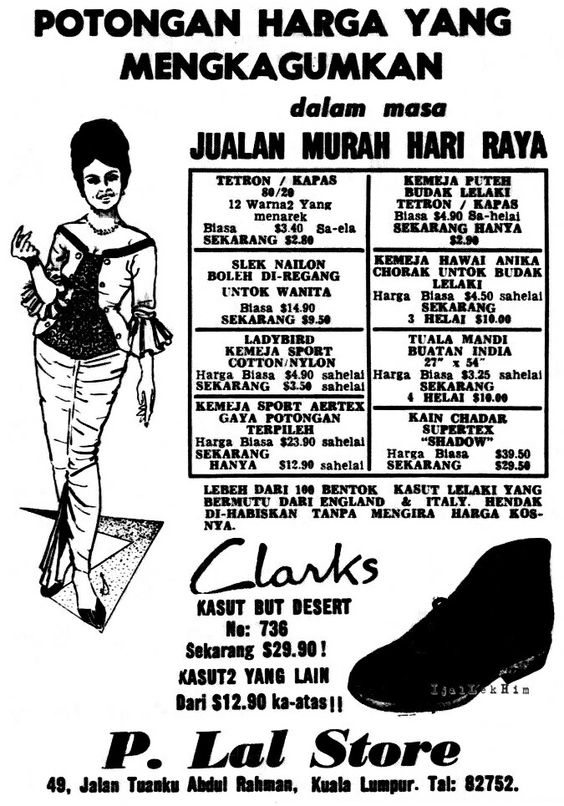 Adjusted for inflation, the cotton Ladybird sports shirt would cost RM41.50 today; while the ladies nylon slacks would go for RM127. Overall, these are reasonable prices as foreign branded clothes goes even if Clark’s no longer sells clothes.

While we’re talking about the Malaya and British Borneo dollar, a newspaper in 1957 sold for 15 cents. That is about RM1.30 in today’s money. 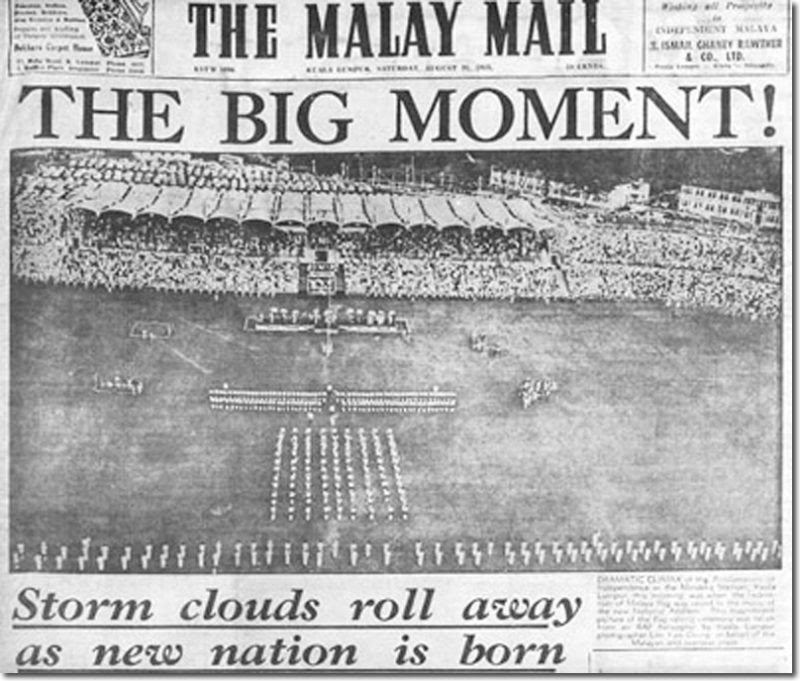 June 1967 saw the introduction of the Malaysian dollar, our first own currency which was valued at $8.51 per one Pound Sterling. When it first appeared, the Malaysian Dollar was referred to as the dollar in English and ringgit (an old word for Spanish coins) in Malay.

The Malaya and British Borneo dollar remained legal tender until 1969.

This notice of school fees from 1979 shows the $ symbol still in use with the ringgit during the first 26 years of its life. It also shows just how much has changed over time; when you should have to buy bottles of ink for children to use during school lessons. 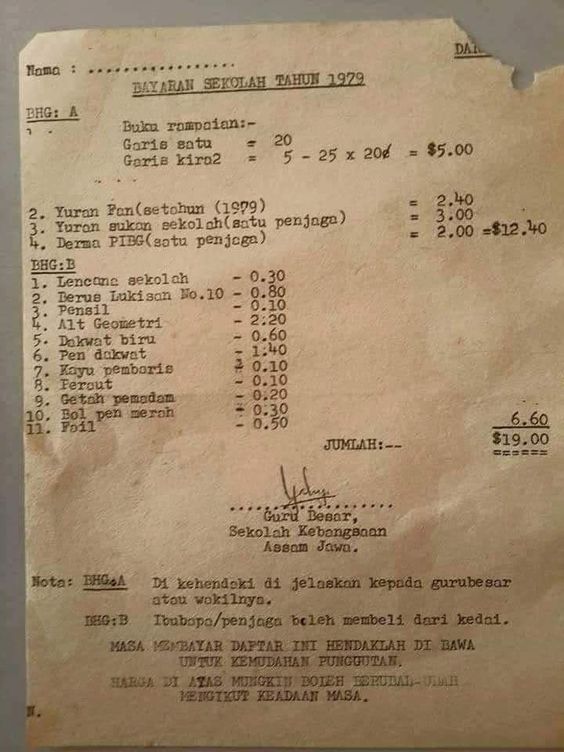 Primary school fees of $12.40 would translate into about RM41 today. Of course, the government abolished school fees back in 2012. On the other hand, there have been complaints about Parent-Teacher Association (PIBG) fees rapidly increasing over recent years.

In 1975, the currency was formally renamed the Malaysian ringgit and with RM replacing the dollar sign in 1993, eventually becoming the currency that we all know and love.

One last thing to note is this viral picture of durians in 1958. The snapshot supposedly showing off how cheap they were back when we first gained independence. In case the image doesn’t appear on your screen, it claims that durians cost 80 sen “stopok”. 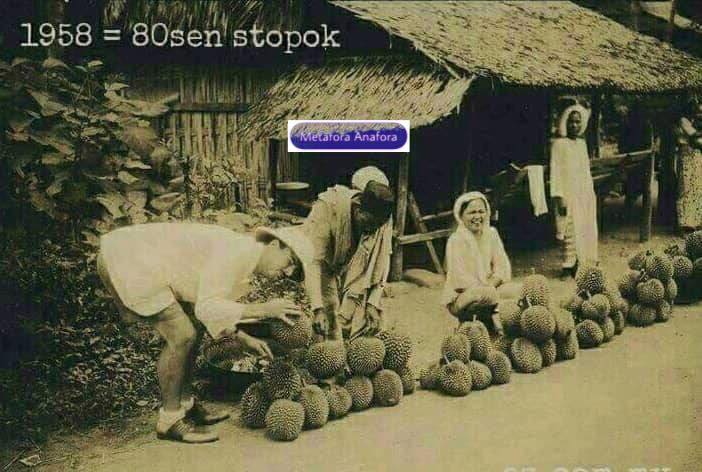 Presumably stopok is how setompok was spelled back then, since the Dewan Bahasa dan Pustaka and standardised spelling was only being established in that year.

So how much is this actually worth?

That depends. Considering that this was before the ringgit, we would have to refer to the Malayan and British Borneo dollar for its value. Since that’s where it was pegged at the time, so $0.80 would be roughly RM14 today.

How much is that today? Honestly not a lot. Considering that it’s being sold by the pile. We can’t be sure when that picture was taken, but it certainly would be a very low price for durians no matter what year it was.

These days the fruits are sold at RM10 for two or three durian kampung; or between RM24 and RM33 per kilo for the Musang King (it always weighs more than one kilogramme).

It’s always important to bear inflation in mind when looking at how much things used to cost. It’s also important to remember that we didn’t always use the ringgit; even if we take it for granted today.

It took decades of nation building before Malaysia as we know it came into being. Change doesn’t happen overnight, and our country had many challenges to overcome before being truly free and peaceful.

So here’s to another 63 years of independence, growth, and prosperity.

This article was first published in 2019 and has been updated for freshness, accuracy and comprehensiveness.