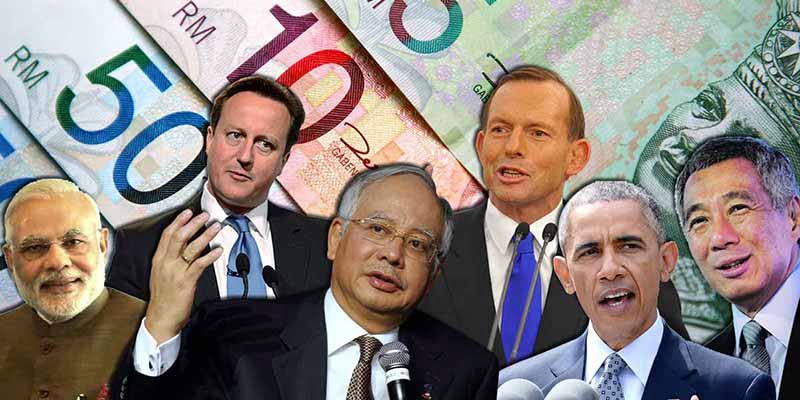 Political Donations Here & Other Countries: Where Does Malaysia Stand?

The recent brouhaha over political donation or political funding has resulted in many questions from all quarters of society.

So, what is political donation, and where do they come from?


Political parties are funded by contributions from:

What makes political donation legitimate depends on the law in the respective country. Different countries have different restrictions on political donations and funding. For example, in the US and UK, corporation donations are not permissible, while they are accepted in Australia and Malaysia.

First things first, political donations are legal in Malaysia. The Election Offences Act (1954) regulate the maximum expenses allowed for candidates vying for parliamentary seats and for state seats during the campaign period.

However, when it comes to political party funding, there is no limit, and parties are not obliged to disclose the source of the funding, which makes political donations a vague subject but still entirely legal in the country.

With the recent unveiling of a RM2.6 billion political donation received by the Prime Minister Datuk Seri Najib Tun Razak prior to the 13th general election, let’s take a look how other countries in the world are faring when it comes to political donations:

In the US, political funding, or commonly known as campaign finance, at the federal level, is governed by law enacted by Congress and enforced by the Federal Election Commission (FEC), an independent federal agency. Those that do accept government funding are usually subject to spending limits on money.

Campaign finance is categorised as follows:

It is considered unlawful to accept donations from foreign interests. Furthermore, corporate donations are considered illegal, unless PACs are formed, where they can raise voluntary contributions from a restricted class of individuals and use those funds to support federal candidates and political committees.

In the 2014 mid-term election, both Democratic and Republican parties raised a little more than US$1 billion (RM4 billion), with the break down as follows:

In the United Kingdom (UK), the political funding has been a source of controversy for years. There are three main ways a political party is funded – membership fees, donations and state funding (though only for administrative costs).

In Great Britain, these donations and loans are reported on the Electoral Commission’s online database to ensure there is transparency on the funding of parties.

For the sake of comparison, we took the period of one year before the 2015 election in the UK to see the total donation amassed by all the political parties active during that period. A total of £107 million (US$168 million; RM1 billion) was raised.

* Figures extracted from ElectoralCommission.org.uk on August 7, 2015.

Most democratic countries ban donations from corporations, foreign interests, or they may require shareholder approval for company donations, but similar to Malaysia, Australia does not have such ban.

The Australian Electoral Commission (AEC) publishes the donations figures annually, listing every donation over the “disclosure threshold”. The current disclosure threshold amount from 1 July 2015 to 30 June 2016 is more than A$13,000 (RM37,703).

This means, the same person making donations on different days, but amounting to more than A$13,000, will have to disclose the donation, and also submit the Election Donor Returns form to the AEC.

For the 2013’s election, all parties have received a total of A$58 million (US$42.8 million; RM175 million) in political funding. Here’s the breakdown:

India’s political election has long been mired in controversies, especially when it comes to the 3 C’s – corruption, clientelism and clan.

According to a report released by the Association for Democratic Reforms (ADR) in 2014, 29 out of 45 recognised political parties in India had not submitted their donation report to the Election Commission of India (ECI) as of September 2014, and the deadline of submission was on November 30, 2014.

The ECI stated in statement released on August 29, 2014 that “Concerns have been expressed in various quarters that money power is disturbing the level playing field and vitiating the purity of elections”.

According to the breakdown of the election donation (that exceeds Rs 20,000) based on the submission by each political parties for the year of 2013 to 2014, the total contribution reported by all political parties (both recognised and unrecognised) amount to Rs 3,82,20,65,093 (US$55.5 million; RM240 million):

^ The report submitted by All India United Democratic Front is missing the last page, hence the total donations recorded here may not be accurate.

* Figures collated from the Election Commission of India on August 8, 2015.

Based on the political funding law, political parties are allowed to keep the anonymity of their donors only if the respective contribution does not exceed Rs 20,000 (RM1,214). This becomes a loophole used by many parties in the country, where the recipients just break down a large contribution into smaller donation of not more than Rs 20,000.

The report by ADR revealed that the Bahujan Samaj Party (BSP), which has shown an income of Rs. 172 crore (RM 104 million) but declared to the ECI that all the donations received did not exceed the sum of Rs 20,000!

Even though the total and the breakdown of the political donation for the last election in Singapore was not made public as well, the Political Donations Act in the country is much stricter compared to India.

This Act basically serves to prohibit donations to political parties from anyone who is not defined as a permissible donor, such as foreigners. Anonymous donors are also tightly restricted. A donation is only considered anonymous if the recipient is unable to ascertain the identity of the donor. However, it is not applicable if the donors requested to not to reveal their identities.

Furthermore, a party is not allowed to accept more than S$5,000 (RM14,141) of anonymous donation in total over a financial year. This means, if the party receives multiple anonymous donations and the total amount exceeds S$5,000, the excess shall be returned within 30 days of receipt. The political association can return the entire donation to the person who transmitted it (other than the donor) or the financial institution or if that is not possible, surrender to the Registrar of Political Donations.

Political parties are also prohibited from accepting donation from foreign sources to prevent foreigners from intervening in our domestic politics.

However, our neighbour is not without controversies when it comes to political donation. In 2011, prior to the election, Nicole Seah, when she was a candidate for the National Solidarity Party (NSP), was criticised and questioned when she tried to raise fund for her campaign.

Seah posted on Facebook to ask for donations to cover her team’s S$35,000 (RM99,246) election expenses, and raised a few eyebrows when the account details given was in her name. However, it is not illegal in Singapore to bank in political donation into one’s personal account, as long as all donations are recorded in the Donation Report.

The recent uproar over the RM2.6 billion (US$700 million) transferred into the Prime Minister’s personal bank account has many questioned the current political financing law in the country. Amid this controversy, the Election Commission (EC) and also Datuk Paul Low, a minister in the Prime Minister’s Department, in charge of governance and integrity, has called for legislation that requires all political parties to declare their sources of funding to make elections more transparent.

“There is an urgent need to enact legislation to prohibit all political funding from foreign sources or from donors that are not Malaysian entities or citizens. All political donations must not be given into accounts of individuals but only into accounts of the political party and all donors must be publicly disclosed,” Low was quoted in separate reports by The Malaysian Insider, Astro Awani and The Malay Mail.

Unregulated large amount of funding coming from unknown, and especially foreign sources, could influence the political process in negative ways, such as “vote buying” and in influencing policy decisions. It can even threaten the democratic process and values.

There is no official report on total contributions collected by all political parties in Malaysia. Furthermore, there is no limit on anonymous donations, nor is there a ban on corporate and foreign donations.

According to another report by The Malaysian Insider published on February 27, 2012, and The Borneo Post on February 28, 2012, Najib said, “The government will introduce another initiative under the Government Transformation Programme (GTP) to control ‘political financing’. This initiative will stress [that] every contribution to be given to any political party, whether on national or state level, needs to channelled through the official party account.”

However, no regulations were drawn on the matter after vehement protests from some candidates, who feared uneven playing field would put their party at a disadvantage. Currently, there is no record on political financing available for the public.

Due to the lack of record and regulations, some politicians claimed to not even know how much they spent on their campaigns.

According to a 2014’s academic paper published by Dr Wolfgang Sachsenroeder, an associate fellow at the Institute of Southeast Asian Studies in Singapore, Umno allegedly spent RM1.5 billion in the 2004 election.

For the 2013 general election, we only know the existence of RM2.6 billion donation made to Umno via the Prime Minister that was allegedly transferred in three transactions to the Prime Minister’s personal account in March 2013, end of 2014 and beginning of 2015 respectively, but we are still unsure on whether this fund is considered illicit or not due to lack of clear regulations on political financing.

However, according to Datuk Ambiga Sreenevasan, who is former chairman of the Bar Council, under the Malaysian Anti-Corruption Commission Act (MACC) 2009, the definition of gratification in Section 50 of the act included donations. The section stated that any form of gratification was presumed to have been corruptly received, unless proven otherwise.

Money is a necessary evil for the functioning of political parties. There is no escaping that but unregulated, undisclosed and opaque political funding can threaten the very fabric of democracy and governance.

From the six examples above, it is pretty clear that countries in Asia, and not just Malaysia, still need to work on transparency when it comes to political funding to avoid corruption.

Political finance works differently in different countries, and it can be very complicate. Don’t complicate your financial matters. Look for the best credit card and start saving money now!