Home › Latest Articles › Fixed Deposit › Is Your Money In The Bank Classified As Unclaimed Money? 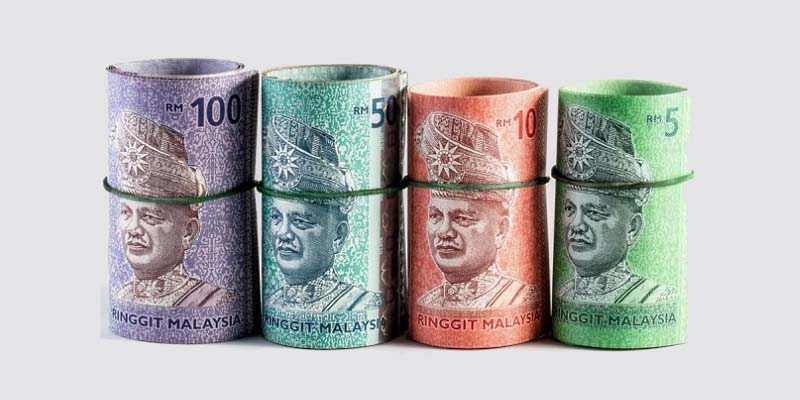 Is Your Money In The Bank Classified As Unclaimed Money?

The balance of an account, which has been dormant or inactive for more than seven years, will be deemed unclaimed money, said Deputy Finance Minister II Datuk Lee Chee Leong.

This is in accordance to the definition under Section 8 of the Unclaimed Moneys Act 1965. The unclaimed money will be surrendered to the Registrar of Unclaimed Money under the Accountant-General’s Department in a consolidated trust account.

As of June, there was a total of 55 million records since 1977, amounting to RM5.779 billion of unclaimed money.

“There are two other categories: firstly, money that is legally payable to the owner but has remained unpaid for more than a year such as salary, bonus, commission to staff, dividend, other payable accounts, other receivable accounts with credit balance, and matured fixed deposits without auto-renewal instructions,” Lee told The Star.

“Money to the credit of a trade account that has remained dormant for a period of more than two years such as trade payable accounts and other receivable accounts with credit balance are also considered unclaimed money.

“In simpler terms, unclaimed money is money that has failed to be given to its rightful owner.” 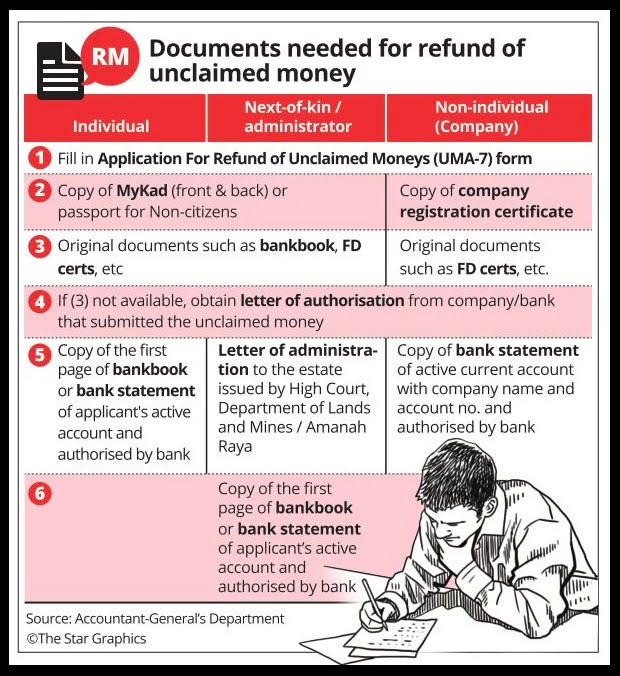 Unclaimed money will not have any addition or deduction from the original amount, as stated under Section 11(3) of Act. This means owners will not continue to earn interest on unclaimed money.

However, owners of the fund can check and claim the funds anytime, there is no expiry date to claiming the fund.

“The Government is also developing an online system for checking and applying for refunds. It will be ready by next year,” he added.

The largest amount ever refunded to an individual was almost RM6 million from several accounts, while the smallest sum was 39 sen.

Companies that are bound by the Act must maintain records of unclaimed money, and the funds (if any) have to be submitted to the Registrar by March 31 each year.

These companies can face a fine of up to RM20,000 if they fail to comply, while for a repeated offence, a subsequent fine not exceeding RM1,000 for each day the offence continues.

The public should be careful to avoid their money being classified as unclaimed, he advised.

According to the 2015 Account General’s Department annual report, there were 1,719 unclaimed submissions with a total receipt of RM666.8 million that year, compared to 1,724 submissions amounting to RM512.9 million in 2014.

The Accountant-General is wholly responsible for the management of unclaimed money in the country.

As a trustee of the funds, the Registrar inspects company records to identify unclaimed money; manages submission of that money; and manages its return to the rightful owners.