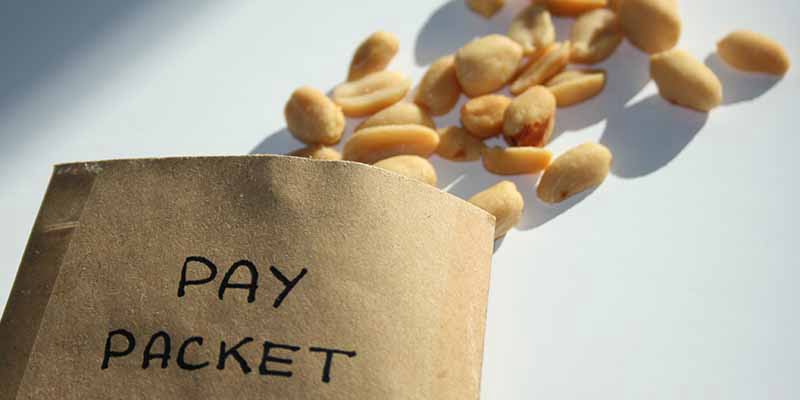 Minimum Wage Conundrum: Should it be Raised to RM1,500?

The Human Resources Ministry announced two weeks ago that it planned to raise minimum wage levels next year.

According to national newswire Bernama, the National Wages Consultative Council had stated to review the Minimum Wages Order 2016 to determine new rates for Peninsular Malaysia, Sabah, Sarawak and Labuan, before tabling it to the Cabinet.

This would be second time in three years that minimum wage levels in the country have been revised. In July 2016, the minimum salary was raised to RM1,000 from RM900 in Peninsular Malaysia, and to RM920 from RM800 in Sabah, Sarawak and Labuan.

Earlier, the Malaysian Trades Union Congress (MTUC) urged the government to raise the minimum wage to RM1,500 from the current RM1,000. This means it would be RM4.81 per hour for the peninsula.

The union also proposed the minimum wage for Sabah and Sarawak be raised to RM920 or RM4.42 per hour.

These proposals come as the government is getting ready to unveil Budget 2018 – an annual affair where perks and cuts are announced to the delight or chagrin of the public.

The question is, does raising the minimum wage solve anything?

According to the International Labour Organisation, minimum wages are defined as “the minimum amount of remuneration that an employer is required to pay wage earner for the work performed during a given period, which cannot be reduced by collective agreement or an individual contract.”

The purpose of the minimum wage is to protect workers against unduly low pay. They help ensure a just and equitable share of the fruits of progress to all, and a minimum living wage to all who are employed and in need of such protection.

These wages can also be one element of a policy to overcome poverty and reduce inequality, including those between men and women, by promoting the right to equal remuneration for work of equal value.

Malaysia adopted the system of minimum wages in 2013, applying to all workers except domestic workers. Two different rates apply – one rate for those in the peninsula and another for Sabah, Sarawak and Labuan.

East vs West: Why different wages

The minimum wage was set against the country’s Poverty Line Income (PLI). When the government set the minimum wage in 2013, the average PLI for Malaysia is RM800 (RM763 for the Peninsular; RM1,048 for Sabah; and RM912 for Sarawak).

After many studies, involving the International Labour Organisation and negotiation with relevant parties, it was settled that the minimum wage for the Peninsular woild be RM900 a month and RM800 for Sabah and Sarawak.

This was done despite a higher PLI in Sabah and Sarawak as the average salary among SMEs in those two states were found to be very low. Employers argued that if the level was set higher than RM800, they ran the risk of shutting up shop or bankruptcy.

So, the government gave these two states a dispensation but they are required to increase the PLI to match that of the peninsula over time.

The government makes the final decision about minimum wage levels following recommendations from the National Wages Consultative Council as well as after consulting relevant stakeholders nationwide.

The government may either agree with the council’s recommendations or direct it to make fresh recommendations. But the council however has provided a set of criteria and a formula to guide the adjustment of minimum wage rates.

What is the National Wages Consultative Council

The council is a tripartite advisory body that includes technical experts, and was established under the National Wages Consultative Act 2011. The council is obliged to have at least four meetings a year, and before making recommendations, it has to do two things:

1. Have consultations with the public on the rate and coverage;

2. Collect and analyse data and conduct and disseminate research on wages and socio-economic factors.

Ultimately, it can formulate recommendations on the coverage of the minimum wage, its non-application to certain sectors or regions, or implementation-related matters.

Why set and raise the minimum wage?

Datuk Seri Idris Jala said setting a floor income was the least the country could do for the needy.

He was responding to how people have talked about how Malaysia’s Poverty Line Income (PLI) was way too low and that the country has been understating the amount of poverty in the country.

According to Idris, the minimum wage was implemented to push the country towards a higher income economy.

He argued that if the country does not set some minimum standards about wages, we can’t even be sure that employers will take the right steps to increase productivity per person because labour cost would be unreasonably cheap.

“To move into higher income we need a quantum leap in productivity and that means valuing a worker more and investing in training and tools to get there.

“Otherwise, we will be using more and more workers cheaply obtained from here and overseas to get production up. Production may go up for a while, yes, but productivity won’t and the income the workers earn won’t go up much, if at all.

“That’s also partly the reason why we don’t want an exemption from minimum wage for foreigners. Ethically we should pay equal wages for equal work done. Economically we want minimum wages to help bring about an increase in overall productivity.”

According to the Minimum Wages Order 2016, the floor income has to be reviewed at least once in two years. So this would be the second time that minimum wage levels in the country have been revised.

One suggestion out there is to raise the minimum wage to RM1,500 for peninsula and Sabah and Sarawak workers. The major concern is it will affect businesses as labour costs would increase.

Some have express worry. For example, Malaysian Employers’ Federation (MEF) executive director Shamsuddin Bardan said most companies are already “up to their noses” in terms of managing the costs of operating their businesses.

Any further increase, especially one that is mandatory, may prove to be too difficult for them to cope with, he said.

But how high should wages be set?

One interesting case study on the effects of minimum wage hike comes from Seattle in the US. The decision to hike its minimum wage up to US$13 an hour ended up costing its low-wage workers time on the job, hundreds of dollars of annual income and a shot at a better livelihood.

The study concluded that for low-wage workers, the second wage increase (2016) reduced hours worked by nearly 10% and earnings by an average of US$125 a month. These findings were preliminary but they call into question years of economic research and the decisions of states and cities in the US to bump their wage floors up.

What about the local context? Nurhisham Hussein, head of economics and capital markets at the Employees Provident Fund, believes that the minimum is only beneficial up to a certain point.

“The rule of thumb is that a minimum wage has little negative effects up to 40% of the median wage. Above that level, the negative impact starts outweighing the positive impact (higher labour participation; higher incomes leading to higher consumption and thus employment).”

He is on point. Even the staunchest defenders of a high minimum wage know there is some level that is counterproductive: if the businesses had to pay workers a minimum of RM100 an hour, say, there wouldn’t be much employment in low-skill work, which would obviously hurt people working in restaurant chains or cleaning services.

In essence, there’s always a threshold as to how much the minimum wage can rise and yield positive results.

So is minimum wage still valuable?

According to Nurhisham, the consensus rule of thumb is that a minimum wage has little negative effects up to 40% of the median wage.

In the latest Salaries & Wages Survey Report 2016 released by the Department of Statistics Malaysia (DOSM), the median monthly salaries and wages received by paid employees was RM1,703.

The maximum, according to the 40% rule, is a floor price of RM681.20. According to Nurhisham, when the minimum wage was first implemented, there was an immediate impact even up to the median. “The revision however didn’t move wages up at all”.

So, should we still retain minimum wage or even think about a hike? Tan Sri Wahid Omar last year defended the new minimum of RM1,000 as a reasonable level in the current labour market.

“I think if you take a step back, [and] look at what is the decent level for people to be paid, I don’t think RM1,000 per month is unreasonable,” Abdul Wahid was quoted as saying by The Edge.

Nurhisham believes the minimum wage needs to be kept more or less in with the overall increase in wages. “So I’m looking for at least a 10% hike next year (roughly 5% a year).” This would be around the range proposed by Wahid.

It’s worth recapping that the minimum wage is a policy designed to protect employees from being abused and to ensure workers earn enough to get by.

Maybe what’s needed is dealing with the more pressing topic of income distribution as a whole. While the abovementioned DOSM wage report noted an uptick in median wages, it was only by 6.2%.

That single-digit growth is not only unique to Malaysia but note that it has been single-digits since like forever.

The good part about the minimum wage is that it has helped bumped up wages. Since the government implemented the floor income, salaries are also rising, to 34% of GDP as opposed to anywhere between 28 to 30% of GDP.

Still, more should be done to address this issue and it’s more than just a top-down policy initiative from the government. To the government’s credit, it has been urging employers to pay their workers more.

After all, it’s believed that the highest 20% of Malaysians earn 51% of the total income whereas the bottom 40% earn merely 14%. The minimum wage is a much needed push in the right direction.