Does Leasing A Smartphone Make More Sense For Your Wallet?

Owning a smartphone is practically a necessity these days. Not only as a means of communication, but also for organisation and entertainment. But, the cost of enjoying the best devices has become prohibitively high.

This doesn’t even begin to include the increasing number of ways a smartphone can fail. Glass covered smartphones have been known to crack, screens can stop working after a few months, and batteries catch fire. All of which contribute to added costs of replacing devices less than a year after they were bought.

What is a smartphone leasing programme?

Leasing is not something people think of when it comes to smartphone ownership. Which is understandable. The concept is still very new and has a rather limited scope here in Malaysia.

A smartphone leasing programme allows consumers to pay a monthly leasing fee to use the phone over a set period of time. Consumers can eventually pay a one off fee to own the phone or just upgrade to the next phone also on a monthly lease.

The new Zerolution360 is Maxis’ answer to providing a phone leasing option. The bonus with their programme is it’s bundled with device protection and convenience services as compared to the original Zerolution which basically is just a programme to own the phone. Basic protection is free, with premium services offered at just RM10/month extra. Unlike the original Zerolution programme whereby customers have to pay an added fee to upgrade their phone annually, Zerolution360 customers choose to upgrade phones without added fees after 2 years. 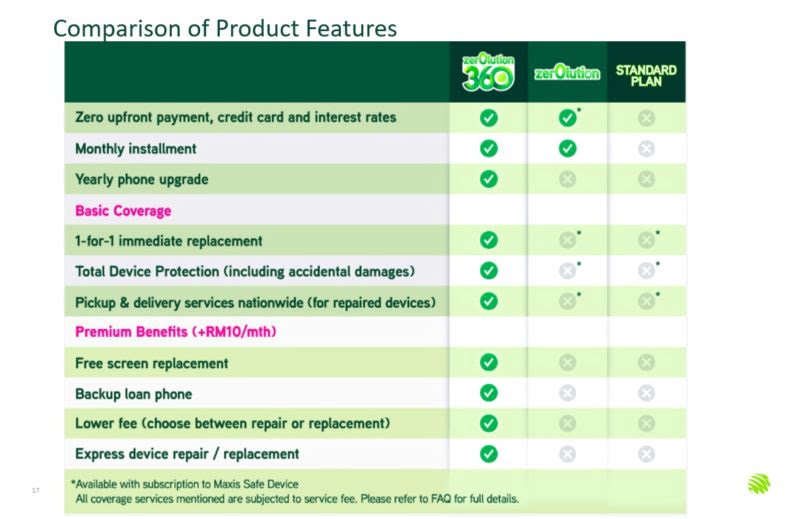 How much does it cost to lease from Maxis Zerolution360?

On the surface, Zerolution360 certainly sounds like the better option in every situation. But reality is often less black and white, and the benefits should instead be viewed in the context of those who will get the most out of them.

The following tables breakdown the cost of the latest flagship smartphones if you purchase the device off-the-shelf versus if you lease through the Zerolution360 programme.

Based on the tables above, you can definitely save more when you lease a phone from Zerolution360. It doesn’t just cost less over two years, it is also easier on your pocket as you don’t need to fork out the full amount upfront

Of course, this is not the whole story. Smartphone ownership is only partly about device costs and telco plans.

The hidden costs of smartphone ownership

There is also the matter of ensuring that nothing happens to your smartphone. An unfortunate slip of your hand may result in a shattered screen, which could cost hundreds of ringgit to repair. A Samsung Note 9 LCD screen costs RM780 to replace, not including labour fee.

If you’ve ever experienced the agony of that, leasing under Zerolution360 is probably the best bet. It offers an immediate 1-for-1 replacement programme for stolen and phones damaged beyond repair. And a free screen replacement for the first time that your display is cracked.

For the absent minded, this could lead to savings of at least RM500 for a cracked screen. Or even up to the retail price of a replacement phone.

If you’ve ever stepped out of your home without your smartphone, you would likely feel crippled. And in the unfortunate event that you need to send your phone for repair, you may be without a phone for days!

Maxis understands that perfectly, which is why Zerolution360 Premium offers a backup loan phone service for desperate times like this.

So, is leasing a phone kinder to your wallet? 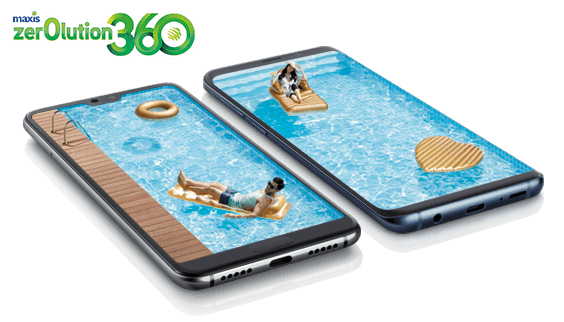 Based on the table above, leasing a phone is definitely cheaper than buying the device without any postpaid contract. It is also better for your cashflow as Zerolution360 does not require any upfront cash.

Compared to purchasing the device with a contract may not always seem cheaper, especially if you are not going for flagship model, or if you are very confident that your smartphone is completely safe from theft or screen damage.

However, if you are one to only aim for flagship models like the Samsung Galaxy Note 9 or Huawei P20, and you typically upgrade your phone every one or two years, the Zerolution360 is definitely worth your money.

Some may not see the benefits of saving the money, since they can afford the upfront price. But there are some things even money can’t buy – losing productivity when you have a broken or lost phone. In which case the Zerolution360 programme comes in handy with all its coverage and door-step services.

Sold on leasing? Find out what are the models offered under the Maxis Zerolution360.