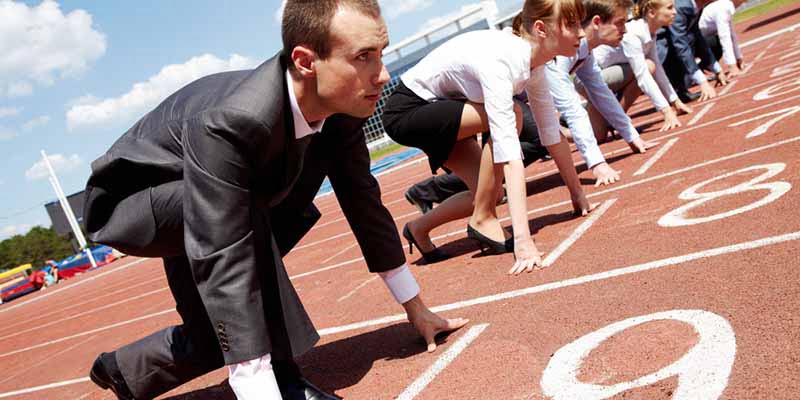 How To Be A Good Investor: Play To Not Lose

A lot of people think they’re like Warren Buffet – greatest investor in the world. They’re going to beat the stock market, retire early, and buy a mansion beside the beach.

A lot of people think that they’re the 1% who are special. Or at least, they’re almost there; just one more “Become a Millionaire Investor” seminar and they’ll make it big!

But here’s the painful truth – you’re more likely to be in the 99% than the 1%. In fact, if you’re reading this right now, I’ll bet you’re part of the 99% like me – not a multi-millionaire stock market genius.

This isn’t to say you’ll never reach the 1% of investors. With a lot of hard work, connections, and God’s grace, maybe you will. But it’s not going to be easy. And do you even want to put all that blood, sweat and tears into reaching there?

So, if you’re okay to be in the 99%; you just want to be a good investor with good returns – without risking too many grey hairs – this one is for you. From a fellow 99%-er, here’s a strategy that will help you be a better investor: play to not lose.

Playing to win vs. playing to not lose

What does playing to not lose mean?

Let’s take sports to illustrate my point. Sport is where the male ego always gets us guys — we want to win too much. And win pretty (unlike Van Gaal’s boring Manchester United). This messes with our brains, and makes us want to do spectacular, but much riskier things.

But I recently read* about how for the most of us – it isn’t how many amazing shots we make that determines who wins, but it’s who makes less mistakes.

The difference between professionals and amateurs is that amateurs make mistakes; a lot of mistakes.

So if you’re an amateur sportsperson like me, you can use this to your advantage. If you’re playing badminton to win (and not for style), focus on playing non-risky defensive shots, instead of spectacular cross-court smashes. Instead of going for the kill, just get the shuttlecock in a safe area. This isn’t the way Chong Wei plays, but he’s World Number 1 – and you’re not.

It’s boring as hell, but statistically you’re going to win.

How much can you afford to lose?

When it comes to investing, too many of us invest in things we don’t really understand. We want to get huge returns, but by not understanding – we take on too much risk.

It’s human nature to want maximum benefits, without putting in the work. We want to play to win big, because winning feels so good.

But it’s the badminton equivalent of not training at all, and then expecting to beat Chong Wei. Unfortunately for us, the market is a whole lot meaner than Chong Wei.

Investing is not a lottery ticket, which grants you instant riches if you’re lucky. That’s called gambling, and you can do that at Genting. At least there, they have published rules, and you can calculate exactly what your odds are.

On the other hand, investing in something you don’t understand could make you lose all your money.

Only take risk in proportion to knowledge

On the bright side, it’s easy to learn about personal finance and investing. There are a million websites devoted to teaching non-finance people about investing basics. Just stick to the realistic ones.

As you learn more, you can start taking more calculated risks. Just a few hours studying (and talking to the right people), and you could quite competently start investing in Amanah Saham. This should immediately double your returns from Fixed Deposits.

A few days of further studying and you’ll have unit trust basics covered. You could then put in a little money to test; and see how it works. Then you can move on to riskier items like the stock market, REITs and ETFs.

The key is to not invest in something you don’t understand. If you really want more returns and risk, go ahead – but please educate yourself first. How much risk you take needs to be proportionate to your skill. Just be aware – in the market, there are a lot of professionals who are playing against you.

Remember: play to not lose.

So we agree that financial education is good. But on the other extreme, understand that some people make a living off other people’s ignorance – by promising them get-rich-quick schemes.

You can quickly tell by their Sponsored Ads on Facebook: “Guaranteed System to Beat the Stock Market. Register at…”

As my friend Firdaus says:


X started business in 2012. In 2015, he already claimed to be an expert in making people millionaires. On the other hand…

Aditya Chopra directed Dilwale Dulhania Le Jeyengge in 1995, when he was 23. Karan Johar directed Kuch Kuch Hota Hai in 1998, when he was 27. Both are legends and millionaires. But even till today (much less within 3-4 years after they started) neither of these guys has organised seminars all around India to make people millionaires.

Think about it, and good luck.

Be careful who you take financial advice from. Especially if they’re charging you for it.

Warren Buffet, the greatest investor in the world suggests that most investors should just invest in an index fund – which is a low-cost fund that tracks the stock market.

While we don’t have such low-cost funds in Malaysia yet, there are other low-risk opportunities. The Amanah Saham funds have consistently delivered strong dividends for many years, and many still don’t charge Sales Charges. And if you’re Bumiputera, you’ve got access to a whole lot more.

If you can tolerate a little more risk, there are 0% Sales-Charge funds you can buy via online brokers like Fundsupermart and eUnittrust. This means if you invest RM1,000, RM1,000 goes straight into your investments; unlike certain companies which charge you 5%. It’s no fun to invest RM1,000 and immediately lose RM50.

You might not get double-digit returns that your loud friends boast about – but you won’t live in fear of your investments turning to crap overnight either.

People will tell you all kinds of optimistic stories to get you to give them your money.

Ultimately, you need to understand yourself, your strengths and weaknesses, and then decide if that investment is for you.

There’s no shame in playing to not lose, if you don’t have the skills to play like a pro. You might not be great at investing, but maybe it’s enough for you to just be good at investing. To be comfortable in the top 20%, instead of risking everything to be in the top 1%.

*The articles were based on the writings of Simon Ramo and Charles Ellis.