Home › Latest Articles › Money Management › How Much Cash Do These Celebs Rake In? Seriously…. › Page 2 The king of movie box-office is undoubtedly Steven Spielberg who has directed famous movies like Jaws, E.T and Jurassic Park. Spielberg may not be making box office smashing flicks these days, but the past films he directed and produced are still hits for movie lovers, young and old.

His earnings are further strengthened with annual cuts from all ticket sales at the Universal Theme Park in Hollywood where some of his films are part of the “theme”. A roundup of estimate amongst media report notes that he makes around US$100 million (RM 323.6m) currently. Chew your jaws on that. It is normal for media to label Simon Cowell, the music producer and critic as a small screen terror and party pooper when he judges talent programmes, but his signature British humor and sarcasm have been the reason for the windfall of treasure.

Being a talent promoter, he is destined to make more millions even if he declares retirement in the next few years. Though the X-Factor may not be invigorating the cash register bells, Cowell has reportedly earned US$95 million (RM 307.2 million) between June 2012 and June 2013. 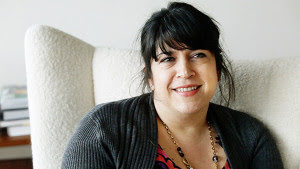 To make the deal even sweeter, a movie is now in the works at Universal Studios. And along came the cash. Forbes reported that she earned an estimated US$95 million (RM307.2 million) between June 2012 and June 2013 – which is a plenty of greenback… or, grey-back.