Home › Latest Articles › Insurance › Funeral Costs In Malaysia: Can You Afford It? 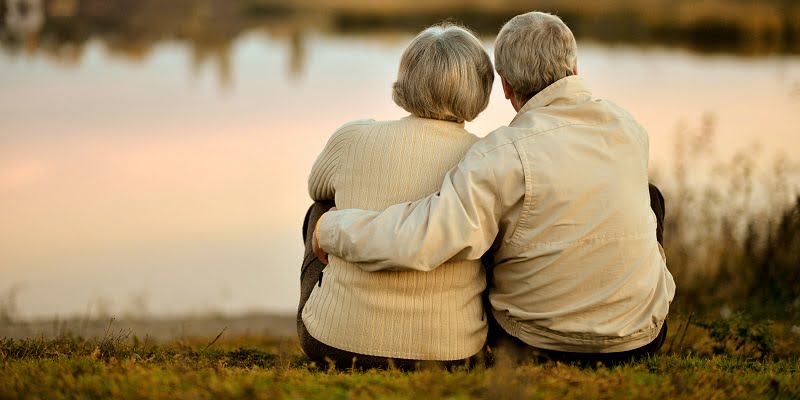 Funeral Costs In Malaysia: Can You Afford It?

We talk a great deal about living your life, and that’s something very important. After all, finance is entirely dominated by people who are still alive.

Despite this, we often forget to talk about what happens at the end of this life and the passing on to the next. It’s a taboo subject for Asians. One that is rarely discussed among polite company.

However, it’s important to at least put some consideration towards what will happen. After all, you don’t want to end up burdening your family with unforeseen costs. With this in mind, just how much will you need to set aside?

What are the expenses related to a person’s death?

Among the biggest expenses in the event of a death are the cost of funeral rites.

What needs to be done in this situation varies across Malaysia’s multi-ethnic society. Burials, wakes, cremations, caskets. All are applied in different ways for the many religions in Malaysia as well as whether land and transportation costs need to be taken into consideration. There are also different levels of community support depending on your faith.

In a Muslim funeral service, the deceased is brought to a nearby mosque to be bathed and wrapped in cloth (kain kapan); prayers are then said and the body is taken to a nearby graveyard for burial.

All of this must be accomplished in a single day which keeps the cost of Muslim funerals relatively low cost. Few mosques actually advertise their prices for handling such ceremonies, but the Masjid Jamek in Kampung Baru provides a helpful outline for what to expect.

Overall, the entire cost – including burial plot – comes up to an average of RM940 according to rates advertised by Masjid Jamek Kampung Baru. Depending on where the funeral is held in the country, a minimum of RM400 may suffice to pay for the funeral, including the services of the gravedigger and a simple headstone.

Muslim graveyards in Malaysia are located on waqf land, i.e. a plot of land that has been donated for religious use. In other words, there is no charge for being able to afford the land. The only cost required here is to pay for the services of the gravedigger and a simple headstone.

On the other end of the scale, funeral costs can go up to several thousand ringgit with additional gatherings and prayer services and other extras depending on the deceased economic status at the time of death.

Hindus generally favour cremation instead of burial for the deceased for religious reasons. There still are burial sites, but these are mainly for infants or saints.

It’s also very difficult to pin down the cost of a Hindu funeral here in Malaysia. The more affluent turn to professional services that also cater to other faiths. These prices are covered later in this article; although one should note that they get fairly expensive due to the cost also covering a variety of added services.

Of what we could find from public sources online is that Hindu funerals generally cost between RM3,000 and RM5,000; provided no professional services are used.

This cost mainly goes towards paying a priest to say the last rites, hiring a hearse, obtaining a casket, cremation fees and memorial services.

A Christian funeral involves the cost of bringing the deceased to rest in a church for friends and family to say their last goodbyes, and for the funeral service to be performed which prayers before the deceased is sent off to his/her final resting place.( the cost depends on how elaborate the funeral wake and service needs to be)

A major portion of the costs for Christian funerals lie in the casket and burial plot. Some families splurge a little more here to ensure that their loved ones go off in a respectable manner. Others also opt for cremation, which changes how much the entire process can cost.

For the most part, most Christian funerals will cost around RM20,000; not including the burial plot. One thing to note is that choosing to intern a body means finding a spot in a public Christian cemetery or to pay for an expensive private plot of land as a final resting place. Cremation – and the subsequent internment at a columbarium – generally costs about half as much as a burial plot.

The Chinese communities who observe Buddhist or Taoist death rituals are likely the best and most prepared to face their inevitable demise. The rituals include making preparations for the deceased needs in the afterlife. This includes having money, houses, cars, and even electronics.

All this comes in the form of burning specially prepared paper replicas of actual material objects; with money being the most common offering.

These ceremonies can run up to tens of thousands of ringgit if you add in the cost of the casket, funeral procession, prayer services and the duration of the wake which can stretch to five or seven days. One site we checked offered funeral services starting from RM16,000; plus another RM20,000 for the burial plot. Of course, cremation is a more budget friendly option. Internment in a columbarium costs around RM9,800.

A more elaborate final resting place could run into the hundreds of thousands, especially if it includes a full sized tomb being built. For instance, this site from Xiao-en offers a family sized burial plot for RM636,000.

Some Chinese funeral homes also offer installment packages, allowing individuals to pay for their own funerals long before they actually need them, or the option of prepaid columbarium slots which individuals can book and pay for themselves while still alive.

Ways to afford a funeral and expenses related to a death

In the event of a loved one’s passing, there is more to the expenses involved in a death besides paying for the funeral rites. Some expenses are incidental, like paying for obituaries, transportation, catering and perhaps even airfare and accommodation.

However, if the deceased owned property and assets, the cost of administration to transfer or dispose of them can cost up to thousands of ringgit, depending on the value of the estate.

A deceased’s property and assets are frozen upon his death and family members who want to get this sorted out must follow proper procedures to administer and distribute his estate.

This involves compiling and managing a deceased’s assets, making arrangement for any existing debts and distributing remaining assets to the legally recognised beneficiaries.

As these are legally mandated procedures, every step incurs fees and charges, either payable to the lawyer or to relevant federal or state bodies.

All these expenses on top of paying for funeral rites can add up to a five or six-digit figure amount in dues.

Malaysian government employees are also eligible to claim funeral arrangement costs from the government and in Selangor, the state government has the Skim Mesra Usia Emas (SMUE) sponsored by the Selangor Government that pays up to RM2,500 to selected representatives of the deceased.

One might think it a little cynical to talk about life insurance in a story about funerals, but there is a point to be made here. You need to know that most life insurance policies are designed to take care of the deceased funeral costs first.

In other words, having a policy will ensure that the family you leave behind will not have to worry about how much to put towards your final rites. Essentially letting you know that you won’t be a burden on their finances once you pass on.

If you’re confident that your family can handle the expenses, then that’s all fine. Good on you for preparing them for the future and ensuring that they are taking care of themselves. If not, then consider an extra buffer to minimise the stress they are going through.