Imagine retiring at the ripe old of…45.

Sounds far-fetched? For those in the Financial Independence, Retire Early (FIRE) movement, it isn’t. FIRE adherents typically aim to retire (or at least reach financial independence) as early as their 30s and 40s. For many of them, the aim isn’t necessarily to stop working, but to gain financial freedom and the flexibility to work on what they love.

There are lots of resources online about reaching FIRE, though they’re typically written for those in developed countries. But what’s it like to FIRE in Malaysia – is it even possible? We spoke to a few Malaysians to find out. 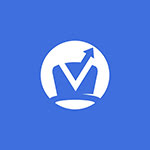 Leigh is the founder of Dividend Magic, where he has been writing about investing and FIRE since 2015. However, he shared that he’s a bigger fan of the FI half of the FIRE philosophy. “So, financial independence for me. As for retiring early, as of now, I have no plans to retire at all and enjoy my work,” he said.

As with other FIRE-seekers, Leigh saves and invests aggressively. He generally saves over 50% of his income, but these days – with the pandemic and being able to work from home – he’s saving over 80%.

He attributes his high savings rate to being frugal. “I’ve only ever purchased second-hand cars. I’ve lived with my parents for the first five years after I got my first job. And yes, I’m fortunate to be doing well with my income. Also, the little things like being frugal with my meals, electricity, and petrol do add up,” he said.

Leigh also makes space for other expenses. “I love watches and cars. Apart from my FIRE goals, I’ve set myself targets as well as a budget for these.”

To grow his portfolio, he practises long-term growth investing. “I am heavy on equities,” he said. His Malaysian portfolio focuses on dividend-generating stocks. The biggest advantage of investing in Malaysia, he said, is that there is no capital gains tax (i.e. tax incurred when you make a profit from selling your investments). On the other hand, his US portfolio focuses on high growth and capital gains.

Once he reaches FIRE, he plans to ease up on his allocation to growth stocks, and move into more defensive stocks like REITs. Leigh shares more details of his portfolios on his site.

While he enjoys being frugal, he adds that there’s “nothing wrong with not being okay with frugality.” He also thinks that FIRE is not for everyone.

For those who do want to achieve FIRE, he points out that everyone’s FIRE number – that is, how much one would need to reach financial independence – is different. “I suggest first knowing yourself as a person and if you’re able to live frugally. If you can’t, you’ll have to earn a higher income. It is all just a math equation.”

Gracie, IT Professional and founder of Ringgit Freedom

Gracie is the founder of Ringgit Freedom, where she writes about investing and other personal finance topics. “I’ve always wanted to have a ‘place’ where I can openly share my thoughts, questions, or learnings on various topics of personal finance,” she said. “But it is difficult to do so in real life as it may invite unnecessary noise or negative sentiments; and in most cases, people tend to shy away from discussions surrounding these topics.”

She recalled how she was motivated by other personal finance bloggers who shared their money journey and learnings. “Hopefully, by sharing my journey, it will help to inspire and motivate more Malaysians to join the FI movement as we step into the future, growing together!”

Lean FIRE @ Malaysia: 🎯 RM1.5 mil ⏳within 8-11 years or earlier. This is assuming that I’ll have to maintain a frugal lifestyle (with no more debts).

FAT FIRE @ Malaysia: 🎯 RM3 mil ⏳within 15-18 years or earlier. This is assuming that I’ll prefer to have my current lifestyle with enjoyments in life – random shopping, travel, etc. (with no more debts).

FAT FIRE @ Overseas: 🎯 USD2 mil ⏳within 21-24 years or earlier. This is assuming that I’ll prefer to have my current lifestyle with enjoyments in life – random shopping, travel, etc. (with no more debts) but emigrated out of Malaysia (which has a higher cost of living).

But she didn’t start her journey with FIRE in mind. “I restarted my financial journey after getting my life back in shape towards the end of 2019 (after putting it off for almost three years due to depression, surgery and home renovations), with the whole intention to prevent myself from sinking into further debts due to irresponsible spending,” she said.

“The FI motivation only came later when I got frustrated with working long hours – but had no other choices as I needed the income. Given that I am now in better shape than before, the focus has shifted back to growing my active income whilst maintaining/reducing my expenses.”

“The bigger driver to me is actually the part about ‘FI’, having the power to quit my day job whenever I want to pursue my side interests or hobbies, without worrying about my finances,” she added.

Gracie’s savings rate varies month-to-month, but she aims to save at least 20-25% of her income before spending it. When she has extra income (for example, in the form of windfalls or bonuses), she aims to save them all, treating them as if they have never appeared. Last year, she had an average savings rate of 42% based on her net income. These savings were either invested or parked aside as emergency funds. She admits that this is an improvement from previous years, where she had spent most, if not all, of her income.

How does she achieve her high savings rate? “I’m a huge fan of zero-based budgeting and that persistent act of tracking my finances,” she said.

“By ensuring that all my normal incomes received are first self-taxed, for savings or investment purposes at the rate of 20 – 25%, before spending the rest away, it kept me in check to always spend below my means.”

How do you invest?

EPF already contributes to a significant chunk of my net worth, with a heavy emphasis on the money-market fund. Together with my rather-long investment horizon, it allows me to focus mostly on equities in my personal portfolio.

I split my personal portfolio into two big buckets:

Due to my full-time job, I barely have time to monitor my portfolio let alone to perform trades, hence wherever possible I will always try to simplify and automate my portfolio.

The FIRE movement is sometimes associated with people who have high incomes, typically in the tech industry in rich countries like the US. So, we asked Gracie about what the hardest thing about trying to FIRE in Malaysia was, and whether it is possible to do so with a lower income.

“On one hand, I think it’s got to do with the financial literacy amongst the population, as well as being able to express more on the personal finance side of ourselves so that we can freely talk, learn, and share with one another to grow together as a community.” she said. “On the other hand, our weak currency does not help us either, especially when we are trying to diversify into international investment. That’s when we realise that the cost to invest internationally can quickly add up over a short period of time.”

“Thankfully with fintechs disrupting the scene, we are getting more options as a consumer – some of which charges us bare-minimum exchange fees,” she added.

On reaching FIRE with a lower income, she believes it depends on the individual themselves, and also the lifestyle trade-offs they are willing to make. “It is not an easy journey with a lower income but definitely do-able with time and persistence – with lifestyle sacrifices.”

“Even with a high income, it doesn’t necessarily guarantee an easier FIRE journey,” she said. “If we do not manage our personal finances properly and are constantly spending way above our means just to ‘fit into’ societal expectations on the kind of lifestyle we should have, we will always live at the mercy of our income.”

To those wanting to achieve FIRE, Gracie suggests starting as early as possible to take advantage of compound interest. “It might be much more time-effective for most people during the early stage to aggressively increase their active income sources whilst ramping up their savings rate to accelerate the growth of capital,” she said. This would allow compound interest to work its magic quicker.

“Read and learn – books, podcasts, blogs, videos,” she added. “Whichever fits your learning style. Just avoid herd mentality and always practice critical thinking for yourself. You can also look at others’ journey to inspire yourself – but never go down the path of comparing for the sake of comparing. Remember that we’re all unique and may have different circumstances and priorities!” “It started in 1999 during the Asian financial crisis,” said Sharudin Jamal. “I was one of those caught with his pants down.”

The financial crisis was a “wake-up call” for Sharudin, who was then running a training and consulting company. Thanks to the crisis, he had to relook at his business model. He also shared with The Star in a recent interview that his savings had quickly depleted, and he had to dip into reserves to repay his loans.

Since then, he has become a firm believer that cash is king. “I learned that no matter what, don’t borrow unnecessarily,” he said. “No matter how conservative your borrowing, you still have to service the loan even when your income is depleted.” Based on his experience with the crisis, he adds that the sure way to ride a recession is to save relentlessly.

Following the crisis, he started saving two thirds of what he earned for ten years. By the time he was 45, he was able to reach financial independence, with a portfolio value of RM2 million.

“Once I reached financial independence, I make a point to spend with cash,” he said. “I don’t believe in borrowing. Everything is cash.” He adds that post-retirement, he makes a more conscious effort to spend on value-for-money items. “In other words, I don’t splurge.”

While he’s currently working as a business coach, he isn’t dependent on this income to sustain his lifestyle. “I can afford to do pro bono work, like providing my service to NGOs,” he said.

Sharudin is also a parent of two. “Having kids was something I planned for: how many, the age gap, etc.,” he said. He had started preparing for this children’s education from the time they were born.

When it comes to investing, he considers himself very conservative. “Looking back at my personal experience, I say the fastest way to lose money is to invest in things you have very little knowledge of, albeit[sic] stock or property,” he said. “Since I am not well versed in investment, I make money the old fashion way – I earn it. Then whatever surplus, I put in ASN and EPF.”

His advice to FIRE aspirants? “I think most people have the impression that when a person reaches FIRE, he is in the lap of luxury. If that’s the attitude, then you will forever be chasing rainbows and never get to your pot of gold. FIRE is a lifestyle,” he said. “You can continue to be a part of the rat race or you carve a niche for yourself amidst the mayhem.”