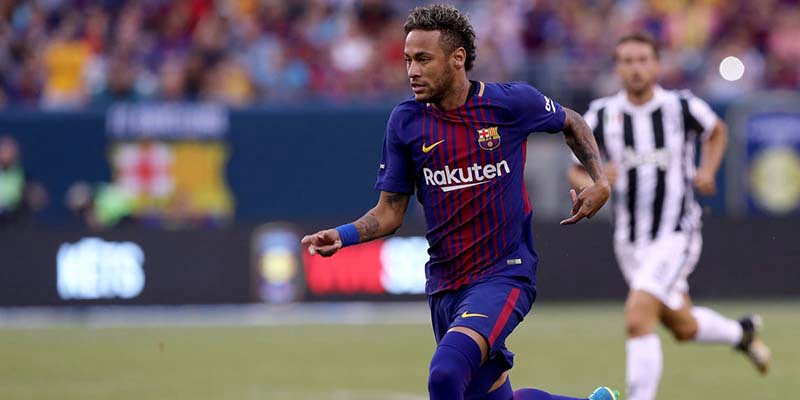 With Neymar da Silva Santos Júnior, more commonly known as Neymar, on the verge of a mind boggling £198 million (RM1.1 billion) move from Barcelona to Paris St-Germain (PSG), we look at what the deal means for both clubs, as well as how its world record fee compares to other player transfers which have previously broken the record.

While Barcelona would never consider splitting ways with one of their prized assets on their own accord, the transfer has transpired due to Qatari backed PSG’s willingness to meet Neymar’s buy out of £198 million.

Why would PSG agree?

The exorbitant sum of Neymar’s release clause may have deterred other clubs from signing Neymar in previous transfer windows, but PSG’s financial backing and ambition to win the Champions League (particularly after consecutive years of falling just short) has led the club’s chairman Nasser Al-Khelaifi to sanction the move.

Not only do the club need to pay more than double the current transfer record for the player, but they also need to do so in one lump sum (as outlined in Neymar’s contract) before he can officially become a PSG player.

Due to the popularity and marketability of Neymar however, the club is confident of making some of the transfer fee back with his image rights. After all, Neymar makes more off-field through endorsements compared to his playing contract at Barcelona.

However, the move will also put PSG at risk of being unable to fulfil UEFA’s Financial Fair Play regulations meaning we are likely to see PSG selling players to balance the books. Players such as Veratti, Aurier and Angel Di Maria are players with the highest value who may be offloaded to make way for Neymar.

So, who will Barcelona choose to replace Neymar to couple up with Messi and Suarez? Following the cash windfall they will receive from PSG, the transfer fee will certainly not be problem.

They have been heavily linked with Liverpool’s Coutinho although Jurgen Klopp will certainly not want to sell with his club pushing for English Premier League (EPL) success this season. Other options they will surely be considering are Chelsea’s Eden Hazard and Dortmund’s Ousmane Dembele.

With the expectation that Neymar’s transfer will be finalised in the coming days, we look at the top 5 most expensive players ever.

Transfer from Juventus to Manchester United

Only last summer, Paul Pogba returned to Manchester United (having left the club to join Juventus only four years previously) for a then world record fee of £89 million. Whilst his form following the move was indifferent, having settled into the EPL, much is expected of him in his second season.

Having already broken the transfer record when the club bought Ronaldo, Real Madrid did so again with the signing of Gareth Bale. After a slow start with Los Merengues, Bale has gone on to build a deadly partnership with both Ronaldo and Benzema with the club winning two Champions Leagues in three years.

Fans of Manchester United were left heartbroken when it was announced that their talisman was leaving to join Real Madrid for a transfer fee that, at the time, was unheard of. Ronaldo has go on to become arguably the club’s best player ever – becoming their highest goal scorer in just seven years at the club.

Transfer from Napoli to Juventus

Image from The Indian Express

The transfer of Higuaín to Juventus was a controversial one due to the rivalry between both clubs. Not only did the move strengthen Juventus’s squad but it also weakened Napoli, its rival. The striker has been free scoring since moving to the club, delivering the Old Lady considerable return on investment.

Transfer from Everton to Manchester United

Earlier on this summer, it was presumed that Lukaku’s move to Manchester united would be the highest profile transfer of the summer but Neymar had different ideas. It is yet to be seen whether Lukaku will deliver at one of the big clubs, but his form with Everton over the last few seasons would suggest the striker will take the challenge in his stride.

With transfer fees skyrocketing in recent years, it won’t be long for Neymar’s “era-defining transfer fee”—as reported by The Independent – to be broken again by the next superstar player. However, other than a thicker wallet, what will the transfer really mean to Neymar?

At his prime, Neymar has signed on to play for a club that is still considered to be second tier by the world. If his presence in the club does not elevate its status, the transfer could be deemed a failure on his part.

However, based on his performance in the last two seasons, Neymar is arguably one of the best players in the world, and moving to another club would allow him to slip out of the shadows of Lionel Messi and Cristiano Ronaldo. For those who have followed his career, there is little doubt that he will make the best out of this transfer and make an even bigger name for himself and his soon-to-be new club, PSG.