In 2013, a twentysomething decides to let her hair down and puts on a black cap. She tilts it sideways to match the cover she is about to belt out to the millions of social media users, random strangers at best.

She is in her room, faces the camera, and she goes. You may think this is just another ordinary YouTuber – a dime a dozen then, a dime dozen now.

But, like any fairy tale, there’s a twist: she covers a famous Malay hip-hop song, the first of its kind, what with the way she did it.

And just like that, Elizabeth Tan created havoc on radio stations, her videos skyrocketed with millions of likes and comments, and is now a popstar in her own right.

So iMoney’s writer, Emmanuel Surendra, caught up with Tan to tap her thoughts on success, fame and, of course, money. 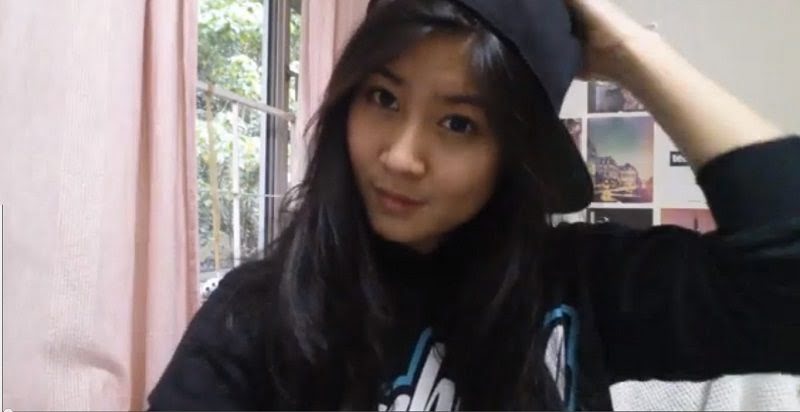 You broke into the mainstream when you covered Joe Flizzow’s Havoc. What inspired you to attempt that?

Well, I just got back after spending two years in the US and when I returned, I was looking for a new song to do a cover.

My friend suggested that song and when I listened to it, I told him: “Are you kidding me? It’s a full on rap song, and there’s no melody…”

So, I heard it again and took my ukulele and it took me like 10 minutes to figure out whatever melody I wanted to sing, but it took me an hour to record as I had to do it again and again.

When I uploaded it, I actually didn’t expect anything. I didn’t know that he was actually having a tour for that entire album. So, when they searched for videos of his tour, my video came up.

And that played a big part as to how it became viral. I mean, I wasn’t really expecting anything.

I heard you grew up in a family of singers. In fact, your brother, Andrew, made it to the top 4 of Malaysian Idol. Was being a full-time performer a natural choice for you?

No, I never grew up thinking I’d be a singer. Until now, it’s not my passion or my dream, honestly.

My eldest sister loves singing; she was a freelance wedding singer.

But for me, it’s rezeki, who am I to reject it, you know? People would die for this platform that I have. So, I try to make the best out of it.

A lot of musicians wax lyrical about passion. In your opinion, can you just survive on that?

Definitely, not. It’s like saying love cannot pay the bills or the rent. A lot of musicians in Malaysia especially in the English market – they might get offended if I say this – they would say like, “Make a difference in the English industry.”

But, the fact is, the majority are Malays and they want to listen to Malay music.

Even though in the urban market, yes, they will support your music on radio but they are not the kind who will buy your music on iTunes… they are just not that kind of crowd.

So, unless you are singing Malay songs and targeting the Malay market, it is very hard to survive.

Is that why you are focusing on the Malay market?

Definitely. I wouldn’t say that I am chasing the money or the fame or anything like that.

If I could, I rather walk around and not have people recognise me at all. But to be 23 and to be earning this kind of money? That is very rare. I realised that to reject it is ridiculous.

I am doing it because it is sensible to do it. To be honest, I don’t enjoy it. I am very introverted so performing to me is very, very hard.

Going to events, meeting people, socialising and things like that is very draining. It’s very draining. But I can’t complaint. There are tougher jobs out there in the world.

Speaking of business and money, what’s your philosophy on money?

Money, to me, is not the most important thing, but it does matter. It’s a piece of paper, a number… but it is a necessity. You don’t need too much of it; too much money is not going to buy happiness.

So you just need enough. As long as you are happy, then I think it’s okay. 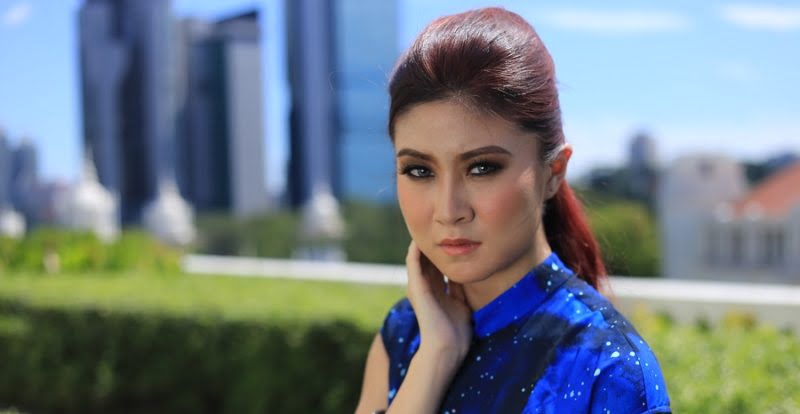 Her ability to sing in English and Malay has made Tan a sought-after singer.

That’s great advice. Are you a spender or saver?

And, once a year, I’ll buy myself something that I actually want and I set aside a certain of money just for that. Like, say, this bag which is RM6,000. But I only do it once a year. On my birthday.

The rest of my money goes into my savings, my fixed deposits, to my parents, about 10% goes to church. I only allow myself to spend nothing more than RM3,000 to 4,000 a month.

Normally, card. Because if I use cash, I’ll withdraw and use it to the point of not keeping track of what I spend.

So, you use your card to control your spending?

So I had five jars. Basically 10%, church; 20%, necessities such as food and allowances for transport; 20%, play money for shopping and such; 40%, savings; 10% for charity and also to my parents.

That’s how I first started out. But now it is different because my money goes to the company and that company pays me a salary.

Your biggest indulgence after receiving your first pay cheque is…

When I was 15 I think, some of my mum’s wealthy friends offered to give a Prada bag to me, but I told my mum, “No, no, no, no… If I am going to get my very first Prada, I want to buy it with my own money.”

So that was the day when I finally got my first Prada with my own money and that was a big achievement for me. But then I decided only once a year.

Speaking of family, how did your upbringing influence the way you use money?

My mother is very good with money. She is the one teaching me about fixed deposits, teaching me that you should have money in Amanah Saham and some in shares and stocks.

She taught me how to not just keep cash there, and with the currency dropping, if I were to collect so much cash, so much ringgit – all of which I worked so hard for – it will amount to nothing. So, she taught me to invest in assets, instead of just putting cash in savings.

What’s your next investment goal?

I haven’t gotten a property under my name but my friends advised me to not buy anything for the next two years.

So, I am saving for another one or two years then I’ll buy one. For now I am waiting and I am saving the money to buy that property and it wouldn’t be lump-sum cash.

What type of property, though?

Definitely not a high-end one. I am going for a mid-range condo, hopefully new.

Figures like that… it’s not a 100% secure, good investment but it’s more stable.

My money does not define me at all. But at the same time, I don’t want to be a person that is too lazy.

But, at the same time, I really hate performing and don’t enjoy it. So, next year, I am planning to start something else, a different business, to sell products. I haven’t decided on what though.

Did fame reach you quicker than you expected?

Oh, definitely. I am really blessed because it is a rare chance that my name rose so fast in three years. Suddenly my face was everywhere, CIMB, AirAsia, McDonalds, like everywhere.

A lot of people have tried to replicate what I’ve done on YouTube and so far, some of them got some traction, but not as fast as mine.

I don’t even understand why. Why me? To me, when I see them, they are so much better than me, so why me?

And how did you handle the stress?

It was very stressful. I was depressed for a long time without people knowing, behind the scenes.

I was very anxious but I am slowly getting better. Even now I am trying to get my feet back together.

I was just thrown into it. Fame wasn’t something I grew up with. I didn’t come back expecting to be, like, a superstar.

So, I had to learn very, very fast. I knew nothing about the Malay industry. I knew nobody. I could barely speak Malay and I am not a pop singer, I love singing jazz but that’s not a genre accepted in the Malay market.

That’s a steep learning curve, there. What do you think young Malaysians can do without these days?

Let’s say you are going to buy a car but you know you cannot afford a Civic, it’s okay to drive a Myvi.

It’s the mind-set. People tend to use social media to highlight their new car, new thing, new bag… in the end when you die, no one gives a s*** about what you bought.

If you are going to base your happiness on people’s approval… It’s all in the mind-set, it’s not something material or physical they can live without, it’s really the mind-set of “I need to be this” or “I need to have that”.

It’s that mind-set we don’t need.

Despite achieving much in the music industry, Tan is already looking towards other business ventures.

On that note, what advice would you give Malaysians about financing and pursuing their dreams.

Always save. I know so many people who don’t have any savings. It’s ridiculous. What if you have a medical emergency and you have no insurance or anything, who is going to cover?

Always have savings planned ahead, plan for the future, don’t just think about the here and now.

By the way, congrats on your recent collaboration with Disney. Any subsequent projects?

For now, nothing yet. But hopefully we would continue to work with them, as it was just a one-off thing. I am hoping they were impressed enough to continue engaging me in the future.

Let’s wrap up with a random question. If I were to open your purse right now, what will I find?

I can actually show you. It’s like almost nothing, but I just put in some cash… I don’t even have a proper purse… just two credit cards, insurance card, house key-card and some cash.