Home › Latest Articles › Investment › Is It Safe (Or Legal) To Buy Bitcoin In Malaysia? Do you happen to be an investor, a trader or a tech enthusiast?

If so, Bitcoin has probably crossed your radar. Whichever camp you fall into, there’s plenty of appeal: you could diversify your portfolio by investing a small amount into Bitcoin, buy and sell Bitcoin for profit, or simply be a part of a technology that could disrupt and revolutionise industries.

In Malaysia, however, Bitcoin – and cryptocurrencies in general – have occupied a fuzzy legal area. If you’ve ever been interested in getting your hands on cryptocurrency, you may not be aware of whether it’s actually legal in Malaysia. Or how to go about buying it.

Here’s what you need to know about investing in cryptocurrencies legally and securely with Luno.

What is a cryptocurrency?

Still not quite sure what cryptocurrencies are?

A cryptocurrency is a sort of digital currency that uses cryptographic techniques to control its creation. You’ve probably heard of Bitcoin, which is currently the world’s best-known cryptocurrency.

Bitcoins and other types of cryptocurrency exist thanks to a technology called blockchain. Think of a blockchain as a public database that is distributed across many computers. Each cryptocurrency transaction is recorded in a ‘block’ of data, which is connected to other blocks of information in a ‘chain’.

Unlike regular money (like the Malaysian Ringgit), Bitcoin and the like are decentralised. This means they aren’t controlled by a central authority (such as the government). Instead, control is distributed among a large network of computers.

Are cryptocurrencies legal in Malaysia?

The Malaysian government has even announced that cryptocurrencies will not be banned. “It is not the intention of the authorities to ban or put a stop on any innovation that is perceived to be beneficial to the public,” said the Ministry of Finance last year.

With that said, the Malaysian government does regulate digital asset exchanges – i.e. the platforms that you can use to trade Bitcoin and other digital currencies, hence any digital asset exchange that wants to operate in Malaysia has to comply with a set of regulations issued by the Securities Commissions (SC) of Malaysia. These regulations require exchanges to have robust measures in place to protect users and their assets.

How can Malaysians buy cryptocurrencies safely?

Generally, there are three ways to get cryptocurrency. You can buy it, you can mine it or you can earn it through selling products or services. Buying from a cryptocurrency exchange is the easiest way.

Technically, you don’t need an exchange to buy cryptocurrency – as long as you’re willing to find someone with Bitcoin (or your cryptocurrency of choice), agree on a price and then have them send it to your wallet (which is a software you use to ‘store’ Bitcoin). Buying from an exchange simplifies this process. It brings buyers and sellers together and gives you a wallet so you don’t have to maintain your own.

But you don’t want to buy from just any exchange. 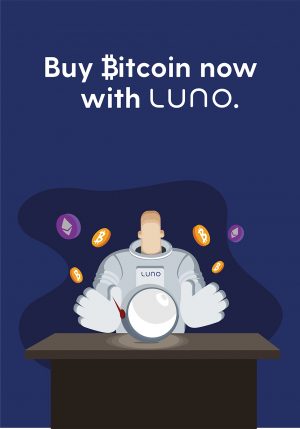 Cryptocurrency exchanges, many of which are unregulated, have been targets of theft and fraud. More than 980,000 bitcoins have been stolen from exchanges since 2011, few of which have been recovered. Some unscrupulous exchanges have even vanished with their users’ funds, leaving investors and traders without a single cent. When you trade on an unregulated or unsecured exchange, you risk losing all your assets.

To trade Bitcoin and other cryptocurrencies safely, you’ll need to use a regulated and secure exchange like Luno.

Luno is the first digital asset exchange to be fully approved by the SC, which means that it has to comply with regulations that help ensure the safety of its users and their assets. Some of the ways Luno keeps its users’ assets safe include:

Although Luno has recently relaunched in Malaysia after its SC approval, the platform has been around since 2013, with over 3 million customers spanning over 40 countries.

The exchange has also made it into the top-ten of the CryptoCompare Exchange Benchmark published on November 19th, 2019.

How to start trading with Luno

Always wanted to get into cryptocurrencies, but intimidated by the complexity of it?

It’s easy to get started with Luno. Here’s how:

Luno makes it safe and easy to buy, store and learn about cryptocurrencies. With as little as RM3, you can buy Bitcoin and Ethereum through Luno now.