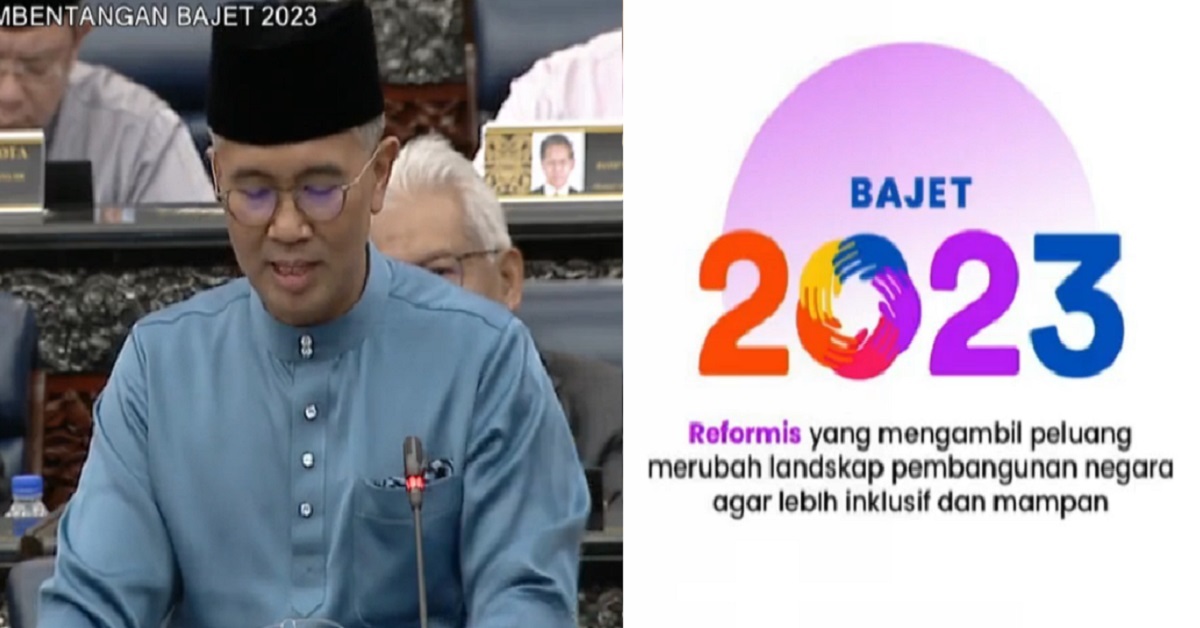 Just like its predecessors, Budget 2023 was under heavy scrutiny even before it saw the light of day. In fact, it won’t be an exaggeration to say that Budget 2023 received the most scrutiny, due to the fact that it’s going to be an election year budget, combined with the fact that most economists are expecting an economic downturn next year.

Opposition leaders called it an election budget, a budget that will be used to serve the ruling party for the elections, experts called it a populist budget, and some also expected it to be a recovery budget, as Malaysia navigates a post pandemic world, and as 2023 is expected to be an economically tough year.

Well earlier this afternoon, our Finance Minister Tengku Zafrul Aziz presented Budget 2023 in a parliamentary session. So let’s look at Budget 2023, and how it compares to Budget 2022.

In Tengku Zafrul’s speech, he announced that Budget 2023 will be driven by the principles of 3Rs – Responsive, Responsible, Reformist. This is reflected in the theme of Budget 2023, which is announced in the pre-budget statement as ‘Strengthening Recovery, Facilitating Reforms Towards Sustainable Socio-Economic Resilience of Keluarga Malaysia’.

While Budget 2023 is bigger than Budget 2022, but it’s still smaller than expectations, as reports have estimated that Budget 2023’s total expenditure would be set at RM385.3 billion.

This is probably because revenue available to fund Budget 2023 has declined to RM272.6 billion this year, a 4.4% decrease from last year’s revenue at RM234 billion.

Let’s take a closer look at the sector allocations of Budget 2023.

Just like Budget 2022, the biggest recipient for Budget 2023 is the Ministry of Education, with RM55.6 billion allocated towards them. This is a slight increase from last year, where the education sector received RM52.6 billion.

In Budget 2023, Tengku Zafrul announced a bevy of programmes and initiatives for the Ministry of Education, such as the early school preparation fund with an allocation of RM825 million, where each student will get RM150, regardless of their parents’ income.

Our Finance Minister also announced that RM2.3 billion will be allocated to repairs and renovation of schools, a continuation of last year’s efforts which saw RM1 billion expended for the same efforts.

Another increase can be seen in the allocation for Technical and Vocational Education and Training (TVET) programmes, as Budget 2023 expends RM6.7 billion for these programmes, compared to RM6.6 billion in Budget 2022.

In last year’s budget, the people of Malaysia saw the implementation of programmes and regulations to create more female representation in the workforce, such as a regulation that states all public listed companies needs to have at least one woman on the board of directors, RM2 billion expended for the employment of housewives, single, and unemployed women, and an allocation of RM5 million for the Women Leadership Foundation.

Budget 2023 continues this trend, with Tengku Zafrul announcing a host of initiatives to help embolden the women empowerment movement.

In his speech, the Finance Minister announced that the government will be establishing a gender focal team in every ministry, to ensure that women’s interest is protected in any policies announced by the ministry.

Tengku Zafrul also announced a host of programmes designed to benefit women, such as the establishment of the Anti-Sexual Harassment Tribunal, subsidies for mammograms and cervical cancer screening tests, training programmes, and tax breaks.

Safe to say compared to last year, this year’s budget shows the continued commitment of the Malaysian government towards ensuring that the interests of women are well protected.

Another sector that received a huge chunk of Budget 2023 was financial aid, as RM10 billion was allocated to this sector. The bulk of this allocation will go towards the continuation of the Bantuan Keluarga Malaysia (BKM) programme, as it was last year, with RM7.8 billion allocated.

Recipients of BKM should rejoice however, as the financial aid from BKM are generally increased this year, such as senior citizens without a spouse, who will now be receiving RM600 as opposed to RM300 last year.

PTPTN debtors will also have a cause to cheer this year, as Budget 2023 announced an extension of discounts for repayments of PTPTN.

Budget 2023 is tighter, but comprehensive

As a conclusion, although Budget 2023 does offer a lot of increases in allocations and programmes, it’s still considered a tighter budget than last year, largely due to the decrease in revenue.

However, the government did ensure that all walks of Malaysian life will be covered in Budget 2023, so now only time will tell how well it worked.