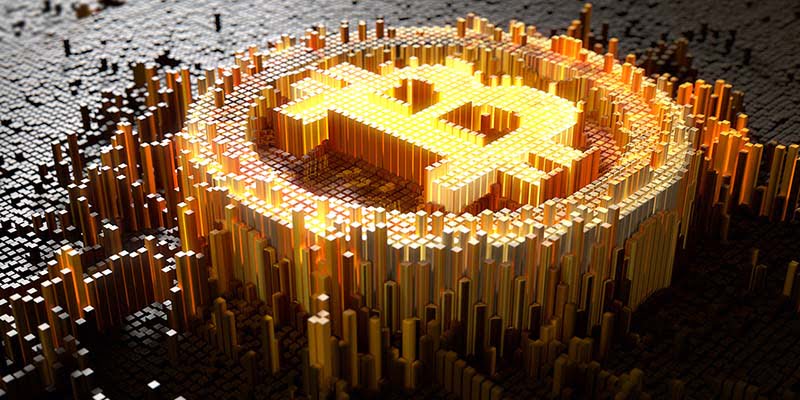 Bitcoin is digital money, also known as cryptocurrency that is created and held electronically. At the core of bitcoin technology is a kind of super database called the “blockchain.” The blockchain is public and accessible to anyone, just like the internet.

However, Tama-Richard Churchouse, an editor at Stansberry Churchouse Research, warned against buying bitcoin just because of speculation that the price will go up. He also discouraged against allocating any meaningful portion of an investor’s portfolio to bitcoin either.

However, it would be good for investors to go out and buy some bitcoin in order to familiarise themselves with how it works and how to trade it.

Here are three tips that Churchouse shared on how to dabble in bitcoin investing for the first time:

Speaking from personal experience, Churchouse highly recommend that folks looking to buy some bitcoin start with an extremely small amount… no more than a bitcoin’s worth. (You can use less money and buy a fraction of a bitcoin also if you prefer).

The process of buying, moving and storing bitcoin is not like traditional online banking or investing. If you send bitcoin to the wrong location, for example, you can’t just call up your bank and cancel your transaction. So it’s critical to familiarise yourself with the mechanics of buying and moving bitcoin around first with a relatively small sum, before moving on to larger dollar amounts.

Tip #2: Write everything down

It’s ironic that whilst bitcoin is a highly modern technology, investors must make sure they keep ‘offline’ records of all their bitcoin information. That means a pen and paper, or at least using a Microsoft word document and printing it out as a backup.

Storing and sending/receiving bitcoin involves setting up a digital wallet. This is a where you ‘keep’ your bitcoin.

Your wallet also has a private key. This will either be an alpha-numeric sequence that looks like the public key above, or a long sequence of random words generated by the wallet. This is the ‘password’ you use to access your wallet.

Either way, secure wallets do not have an ‘I forgot my password’ option.

If you lose or forget your private key, you lose access to your wallet. And you lose your investment. Period.

Churchouse writes everything down, and prints out screen grabs of all his transactions.

In order to convert your cash into bitcoin, you need to open an account with an exchange.

This process will typically take a few days as the exchange will need to conduct KYC (know your customer) diligence on you. This means they’ll do a standard identity verification so the exchange knows who you are, and that you’re not a wanted criminal.

Once you’ve opened the account, you’ll be able to fund it with a bank transfer – or by credit card in some cases – before you buy bitcoin.

If the exchange where you bought bitcoin (and left it there) gets hacked,then you can lose your money. This has happened in a couple of high-profile cases.

For example, in 2014 bitcoin exchange Mt. Gox, which at the time was handling up to 70% of all bitcoin volume, filed for bankruptcy, saying that 750,000 of customer bitcoin was missing. That’s US$3.5 billion-worth at today’s prices.

The safest place to store your bitcoin is in a bitcoin wallet.

How to buy bitcoin

Churchouse also shares some simple ways to get started in bitcoin investing. There are two things you need to start trading virtual currency:

Bitfinex, is an on-ramp that Churchouse uses. On the site, you need to create an account, go through a simple verification process, deposit some dollars, and buy some bitcoin.

Whilst a platform like Bitfinex allows investors to trade, Churchouse doesn’t encourage storing much bitcoin with an exchange. He advised investors to keep their bitcoins in a bitcoin wallet because exchanges can (and do) get hacked. His wallet of choice is Bitcoin Core.

The blockchain and cryptocurrency technology will only grow in scale and opportunity, and not understanding it will only limit your ability to profit from it.

You don’t have to go big to get started. You can just start with a few hundred dollars just to go through the process of buying bitcoin and transferring it to a wallet. Once you are slightly more familiar, you can also transfer your bitcoin to an exchange to buy another cryptocurrency (say Ethereum) to put yourself way ahead of the pack.

Bitcoin is here to stay and so are cryptocurrencies.

Some of the most exciting early-stage investment opportunities in the months and years to come will come in the form of cryptocurrencies. So if you don’t even know how to buy a bitcoin, you will automatically be at a disadvantage.

Tama-Richard Churchouse is an editor at Stansberry Churchouse Research. He draws on extensive experience gained by nearly a decade working for investment banks in Asia, most recently at JPMorgan, working on derivative structuring and marketing across a wide range of asset classes for private banks in the Asia region in derivatives structuring.

* This article was first published on Stansberry Churchouse Research as Beginners buying bitcoins should do these three things… and Why you should buy US$100 of bitcoin.