Home › Latest Articles › Economy › Is The Income Gap Between The B40, M40 And T20 Groups Widening? 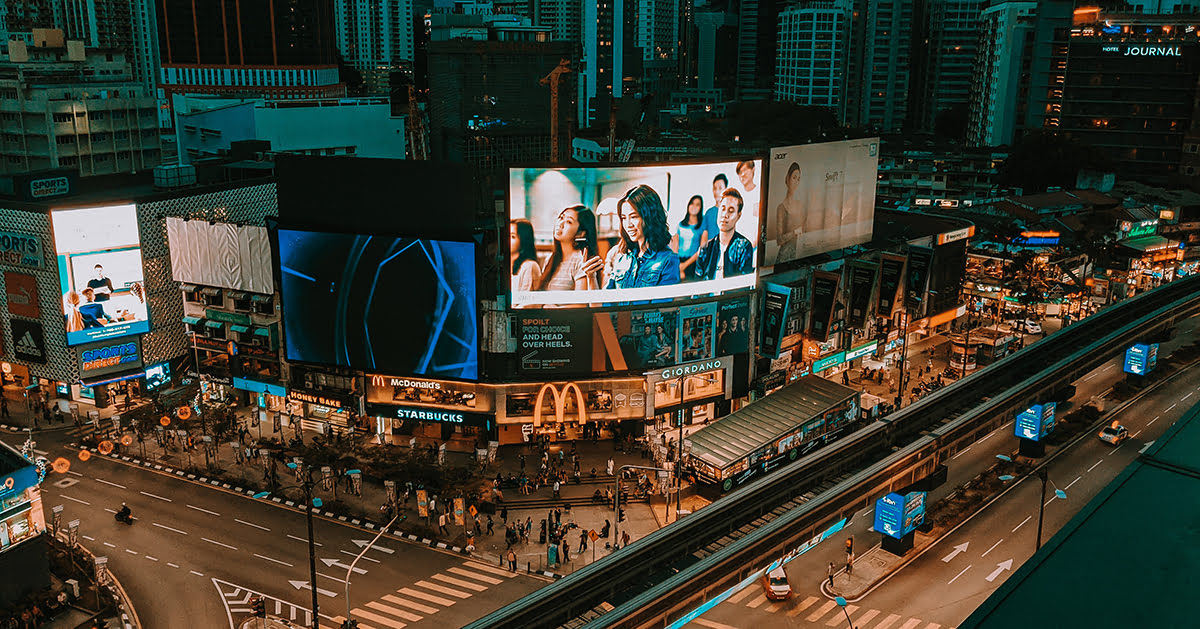 In 2019, the mean income was RM1,849 for households in the lowest tier, and RM24,293 in the highest tier. That’s a pretty big difference – the question is, is this gap increasing over time? And how is the COVID-19 pandemic affecting these classifications?

Here’s what you need to know.

The Department of Statistics Malaysia (DOSM) recently released its Household Income & Basic Amenities Survey Report 2019, which provides updated figures for classifying these income groups. Note that these figures refer to household income (the average household size in 2019 was 3.8 persons), not individual income:

The household income report also raised Malaysia’s average poverty line income (PLI) to RM2,208 from RM980 in 2016. The new metric brings Malaysia’s absolute poverty rate to 5.6% in 2019. This means that almost 6 out of 100 households in Malaysia could not afford to meet basic needs like food, shelter and clothing.

These income classifications matter because they help the government determine how to allocate aid packages.

The income group you’ll fall into also depends on which state you live in:

The differences in income between each state can be huge. In states like Kelantan, Perlis and Pahang, earning a T20 salary could mean earning a similar salary to the M40 group in Kuala Lumpur.

Socio-economic mobility refers to your ability to move from one socio-economic group to the other. In other words, how easily can households from B40, M40 or T20 move to another income group?

The Khazanah Research Institute’s 2016 report on socio-economic mobility compared adults born between 1945 and 1960 against their oldest child born between 1975 and 1990. Their findings suggest that Malaysia has been relatively socially mobile across these two generations. Only 19% of a child’s income was associated with his or her parents’ income. But this doesn’t necessarily mean upwards mobility – among those surveyed, almost 3 in 4 of children born to parents in the bottom earnings quintile moved up, while 2 in 3 born into the top earnings quintile moved down.

Is the income gap widening?

There’s a big income gap between the lowest-earning and highest-earning income groups. Is this gap getting worse? Let’s look at the facts:

1. Income inequality has declined since the 1970s

The Khazanah Research Institute’s (KRI) State Of Households 2018 report stated that household income in Malaysia has steadily increased from 1970 to 2018. Malaysia’s Gini coefficient (a measurement used to represent income inequality – a higher number means that the income gap is larger) fell from 0.513 to 0.399.

This means that in the past few decades, household income has risen, and income inequality has declined.

2. Why doesn’t it seem like income inequality has improved? Okay, if official statistics say that income inequality has declined, why does it feel like the rich always get richer, and the rest of us are struggling to catch up? According to KRI, that’s because of the difference between the relative gap and absolute gap. For example: 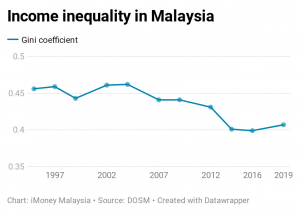 3. There’s been an uptick recently

Although income inequality has improved over the past few decades, DOSM’s latest household report states that there’s been an uptick in inequality.

The COVID-19 pandemic has majorly affected many Malaysians’ incomes. Last year, one in three employees reported a salary reduction greater than 30%. As of April 2021, the unemployment rate stands at 4.6%. This is higher than the 5.3% of May 2020, but the latest Movement Control Order (MCO) that was implemented in June this year could mean that unemployment could rise again. B40 and M40 households are also more vulnerable to loss in employment compared to T20 households, which could widen the income gap further.

The pandemic is also causing many Malaysians to move into lower income categories. Recently, the Prime Minister Tan Sri Muhyiddin Yassin said that the B40 group might have expanded into the B50 category, and that 10% of the T20 group has slid into becoming middle-income earners. The Economic Action Council (EAC) also announced that 600,000 M40 households, or 8% of Malaysian households, have slipped into the B40 category due to the pandemic. With more Malayians experiencing declines in incomes, there have been calls to rethink these B40, M40 and T20 classifications altogether.

This article was first published in 2020 and has been updated for freshness, accuracy and comprehensiveness.