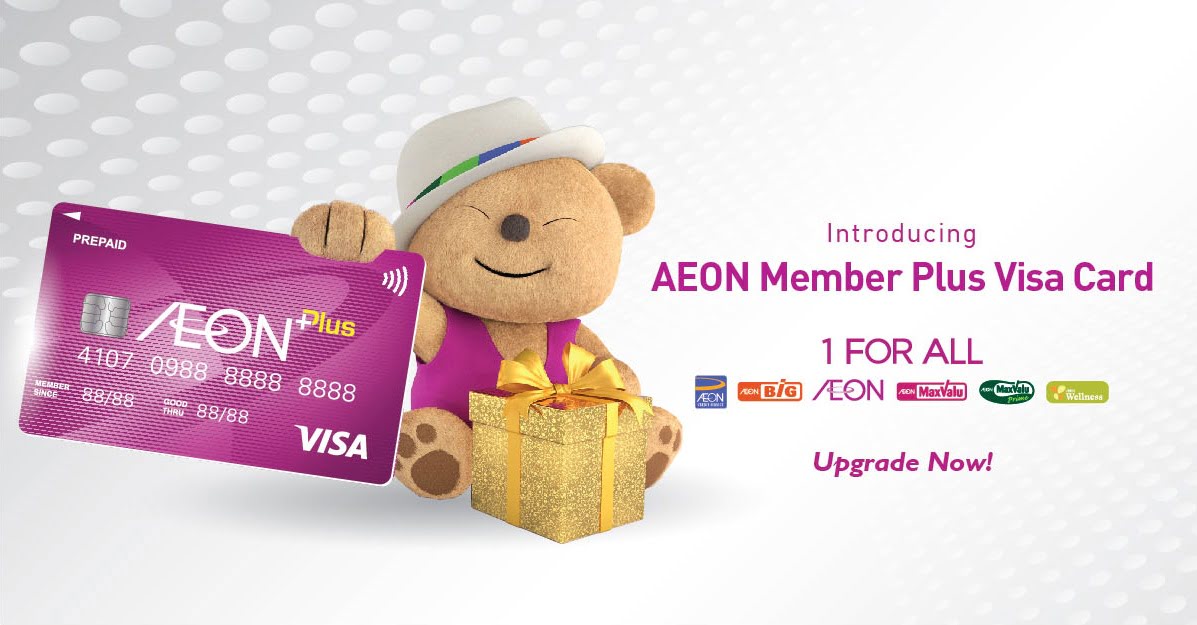 AEON Challenges Bank Prepaid Cards; How Does It Stack Up?

Say ‘prepaid card’ and everyone immediately thinks of telcos. It’s a fairly reasonable assumption to make, but that’s not what we’re talking about right now. No, this time it’s about actual prepaid cards that store electronic funds.

In a sense, these work like a cross between your Touch ‘n Go card and a traditional credit card. They also exist as a sort of precursor to the e-wallet apps that are currently flooding the market. Two prepaid card issuers even allow the two systems to work interchangeably.

This is a vaguely niche section of personal finance, so we should establish a baseline for what prepaid cards are, and what they can do.

For starters most prepaid cards are backed by either Visa or Mastercard. This allows them to be used for online shopping and overseas. It also means that they can be used with ATMs, in the event that you want to turn some of that digital currency into cold hard cash (some fees may apply).

For all intents and purposes, prepaid cards are debit cards that allow you to set your own spending limits. In this sense, they are excellent choices for budgeting monthly expenses. After all, you can’t overspend if the money isn’t on the card.

Visibility for prepaid cards is not exactly great. This is due to the fact that at present, people prefer to use credit or debit cards. Banks don’t heavily promote these prepaid cards either, preferring to push customers towards credit cards with more features instead.

An exception to this is the AEON Members Plus Visa Card, which doubles as both a prepaid card and an AEON membership loyalty card. This double use function helps raise the profile of the new card for AEON; allowing it to stand out against the competition.

The following table provides a breakdown of the primary features of leading prepaid cards in Malaysia.

Annual fees sound like they should matter, but even the most expensive is only RM24 a year. That’s RM2 per month. For most users, that works out to an affordable amount. Although RHB’s annual fee is a double digits amount, it is offset by the lower ATM withdrawal fee.

For the most part, you are unlikely to attempt to convert your prepaid funds into physical cash, but the option exists. In this case, most card issuers charge no fee if it is done at one of their own ATMs. The exception being AirAsia group owned BigPay; which doesn’t own its own ATMs.

That said, BigPay does have a substantially lower withdrawal fee for ATMs that it doesn’t own (at least for local transactions).

Additionally, the AEON Members Plus Visa Card also waives annual fees when the customer spends at least RM4000 in a single year.

A more important aspect of prepaid cards is the credit limit. Some would say that this is where it matters the most, much like a credit card limit matters to shoppers. In this regard, a higher limit offers more flexibility for budgeting. This makes sense if the prepaid card is not only for monthly use, but also for special occasions like holiday spending.

In this category, RHB offers the lowest limit at RM1,500 which is more than enough for monthly use, but perhaps limits the scope of the card. CIMB tries to find a middle ground by offering a limit that’s just below RM5,000. The others share a common RM10,000 limit.

The question is, just how much budgeting do you plan to do with your prepaid card? If you’re on an extremely tight limit, then RHB’s RM1,500 cap ensures that you won’t be able to overspend even if you lose control. On the other hand, it also means that you won’t have much space to be flexible about your budgeting. Those that need flexibility may want to look at cards with much higher limit capacity.

Simply offering a financial service is not enough these days. Customers demand more and more; which ends up with companies having to provide additional benefits. In most cases, prepaid cards share a rewards point system with the banks’ own credit cards. For instance, Maybank offers double Maybank Rewards points for those using the prepaid card; with bonus points when Manchester United win a football match.

The same goes for non-banks issuing their own prepaid cards. AEON provides double AEON Points for using the AEON Members Plus Visa card; along with the regular benefits for being an AEON loyalty member card user. For example, discounts on selected items and reduced parking fees.

RHB and CIMB have collaborations with SOGO and Lazada respectively, which leads to benefits when using either of those cards. The RHB – SOGO prepaid card provides SOGO points which can then be spent at the shopping centre; while CIMB’s deal with Lazada provides cashback when using the card to shop through the online retailer.

Finally, BigPay benefits from being an AirAsia affiliate and contributes towards AirAsia BIG points. Yes, you could eventually earn enough points to get a free flight. The catch is that points are not earned on a RM1 for 1 point basis (which is the case for everyone else). This means that it takes a very, very long time to accumulate rewards.

In this respect, AEON has the most practical day-to-day benefit for users; seeing that there are AEON outlets cover AEON Store, AEON BiG, AEON MaxValu, AEON MaxValu Prime & AEON Wellness; spread out across Malaysia. BigPay could potentially offer the best rewards, provided you are willing to be patient and only cash out after decades of being a loyal BigPay user.

There’s not much use to having a prepaid card that you cannot reload, and each of the vendors do their best to cater to their customers. In this case, prepaid cards issued by banks have the most convenience. Allowing you to top up credit through their various ATMs and online banking options.

BigPay’s prepaid card draws funds from its e-wallet; meaning that topping it up uses the same mechanism as other e-wallets on the market. The main avenue here is through the online banking services from financial institutions.

The AEON Members Plus Visa card stands out from the others by offering other alternatives. Adding funds to the prepaid card can be done through AEON’s own cash dispensing machines, cashiers or AEON Wallet app. A useful change compared to the others if you’re constantly shopping at one of AEON’s retail outlets.

All prepaid cards can be used for online shopping. That is an essential feature of the product, and is nothing to shout about. However, both Maybank and CIMB block some online transactions by default. You will have to call the respective helplines to allow purchases. Gamers should take note that Maybank is particularly aggressive about blocking game purchases off popular platform Steam.

On a different note, both AEON and BigPay also have integrated e-wallet apps available for the convenience of their customers. These apps allow the user to benefit from the prepaid card, without actually needing to have it in hand. The apps work off a QR code system, and are accepted by a select number of merchants.

AEON, again, has the advantage in this aspect. Due to its massive chain of stores, the AEON Wallet app has a wide range of outlets that already accept the card as payment. BigPay in comparison has a much smaller reach.

Maybank also has an e-wallet in MaybankPay. However, this is treated as a separate product and users are unable to access funds from their Maybank prepaid cards.

Prepaid cards are a niche proposition at best. It is beneficial for those with a particular goal – like strict budgeting – in mind. In this aspect, it is up to the consumer to decide which of these prepaid wallets will provide the best framework for achieving that goal.

When it comes to the home stretch, BigPay comes close to achieving the same applications as AEON, but it’s limited number of merchants holds it back from offering services of equal value. Although, it could potentially appeal to consumers who are always travelling.

Ultimately, AEON’s product has a much wider function with practical applications. It’s not just a prepaid card, but also an e-wallet. Linking the two gives it a greater amount of flexibility compared to the bank issued cards. After all, this feature is especially useful for modern consumers that value convenience over all else.