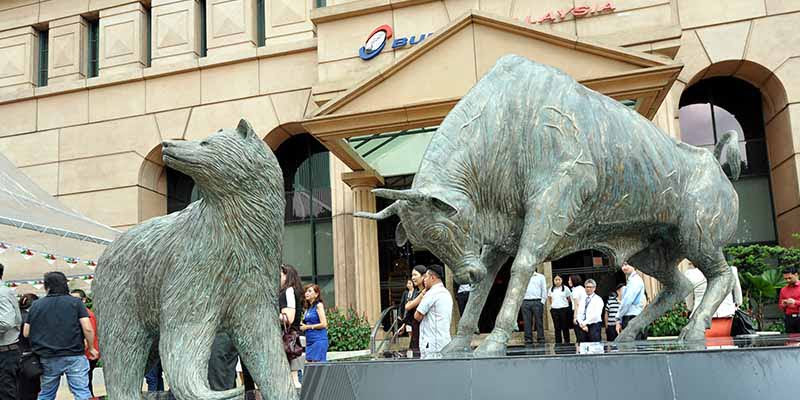 The running of the world’s longest bull market is happening in familiar place.

Despite a rough ride, the Kuala Lumpur Composite Index (KLCI) has gone longer than any other stock markets without a 20% correction (which would represent a bear market, and the end of its bull market).

This distinction hasn’t come without its ups and downs.

In the last seven years, Malaysian shares have more than doubled in value. But this includes last year’s low point – a drop of 19%.

So far this year, things are positive, with share values up by about 1%.

Coming in second place is the U.S. S&P 500. Its bull market began in March 2009, four months later than Malaysia’s.

There are four reasons why Malaysia’s market has had such a long bull market run. 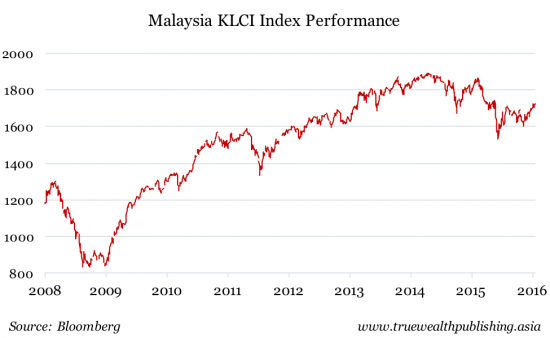 First, as we’ve written before, it’s a defensive market.

This means that many companies on the exchange, such as those in the fields of health care, telecommunication, utilities, and consumer staples (like food), are not particularly vulnerable to the ups and downs of the economic cycle.

We see the doctor, use our phones, turn on the TV, and shop at the grocery store no matter what is happening to the economy. This makes the market a lot less volatile than many others.

Second, in global terms, the valuation of the KLCI has remained fairly low.

The price-to-book ratio (P/B) is often used to measure how cheap or expensive a market is. It divides the share price by the net assets of a company (what they own minus their debts).

To determine the P/B of an entire stock market, the average P/B of each stock is used. The lower the number, the cheaper the market.

This P/B measure is still relative. Globally, Malaysian shares are 15% cheaper than the world average. The MSCI World Index is at 2.1, while the KLCI P/B is currently at 1.8.

Regionally, however, the KLCI is still expensive. The MSCI Asia ex Japan index has a P/B of 1.4.

Thirdly, foreign investors have been putting more money into the Malaysian market than any other Southeast Asian market, including South Korea. Over US$1.1 billion has been invested in the KLCI so far this year.

This is a complete reversal of what happened in 2015. At that time, money was flying out of the country at the fastest rate since 2008’s global financial crisis.

According to one analyst, an estimated US$5 billion of foreign funds were taken out of Malaysian stocks last year.

The overall strength of the Malaysian market has surprised many. It has been able to maintain its position despite the investigation into Prime Minister Datuk Seri Najib Tun Razak’s personal finances, as well as into the investment company he chairs, 1Malaysia Development Bhd.

Finally, in addition to the market’s defensive nature, its relatively low valuation, and the support of foreign investment,  the market has been strengthened by domestic buying.

An important player is the Employees Provident Fund (EPF), Malaysia’s state pension fund, as it is a major shareholder in many public companies, and manages over US$170 billion in assets.

Since 2008, its assets have been growing at a compounded yearly rate of almost 10%. In turn, it has been able to invest a lot of its earnings into the stock market.

It’s predicted that the EPF will continue buying and supporting the market.

According to data complied by the Malaysian stock exchange, Malaysian institutions were responsible for just under 50%of the total market value of traded shares so far this year. By comparison, foreign funds made up less than 30%.

Investors who are confident in the continued growth of the KLCI can invest through the iShares MSCI Malaysia ETF (New York; ticker: EWM), or the XIE Shares Malaysia ETF that trades on the Hong Kong exchange (code: 3029).

The XIE ETF is a synthetic ETF, which means it owns an investment product called swaps (these mimic the performance of the KLCI).

Malaysia’s bull market could continue its strong run for years to come but no market can go up forever. Sooner or later, markets (and everything else) will revert to the mean.