Home › Latest Articles › Cards › I Survived Without Cash For 10 Days I Survived Without Cash For 10 Days

There has been plenty of talk about how we are progressing towards becoming a cashless society. But how viable is this in practice?

The question now is whether or not one can survive in Malaysia today while being truly cashless. To put this theory to the test, I’ve taken it upon myself to attempt to get by without having a single note or coin over the course of 10 days.

After all, Malaysia recorded 1.87 billion e-money transactions between January and November 2021, amounting to approximately RM45.2 billion.

With so many merchants now working with cashless payments, how hard could it be?

I decided to ease myself into this challenge, starting with areas where I was fairly certain that there would be cashless payment options available. It was a weekend, so I spent most of my time in the Kuala Lumpur/Petaling Jaya area, doing errands, having meals, and hanging out with friends.

Unsurprisingly, urban city centres and suburbs have seemingly been quick to adopt cashless payment options, be it e-wallets or paywave. Many coffee shops and mamak restaurants in these areas also tended to have at least the option to pay with the Touch ‘n Go e-Wallet.

Overall, the weekend spent around the city without cash was generally painless and convenient. That said, I already encountered my first obstacle when I visited an afternoon bazaar in Kelana Jaya. It turns out that many of these roadside vendors still only deal with cash.

Day one and I already failed the challenge. This was not going well. 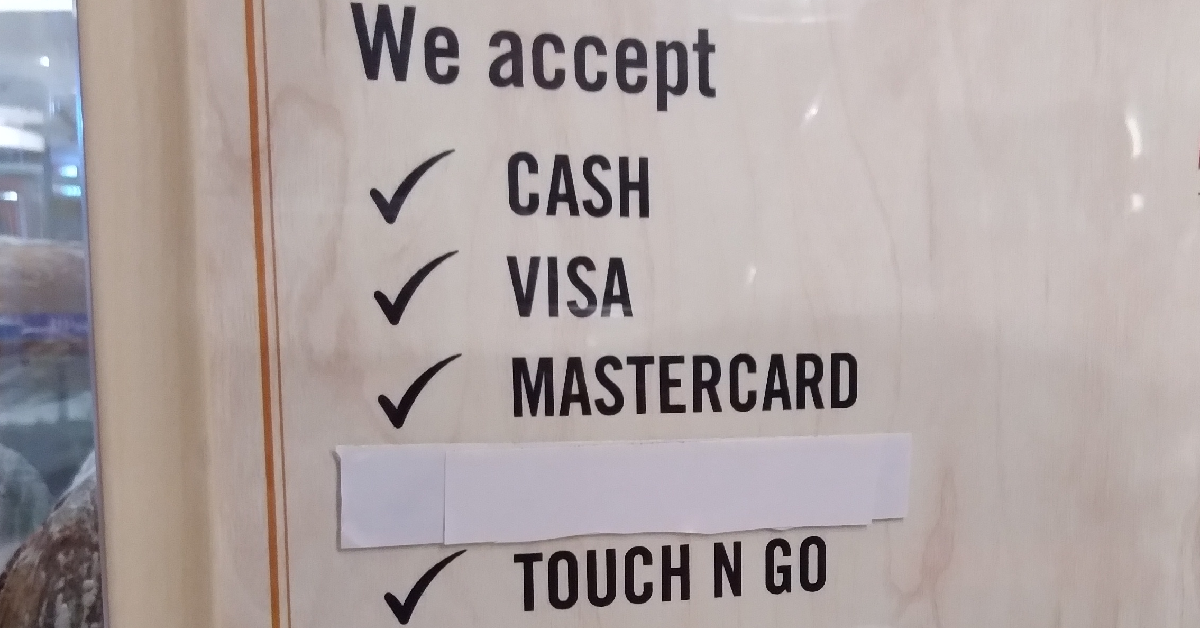 Fortunately, the rest of the week went according to plan. I spent my time around the greater KL area such as Aman Suria, Bandar Utama, Sunway, and Kota Damansara. Generally speaking, these areas are well developed suburbs and I had no trouble finding restaurants and entertainment that accepted cashless payments.

By the following weekend, I decided to get a little more adventurous. The family hopped in the car for a small road trip to Ulu Yam to try their famous lor mee. About an hour outside of Kuala Lumpur, Ulu Yam is not as developed as the suburbs surrounding the capital, thus I assumed that cashless payments would be a little harder to come by. 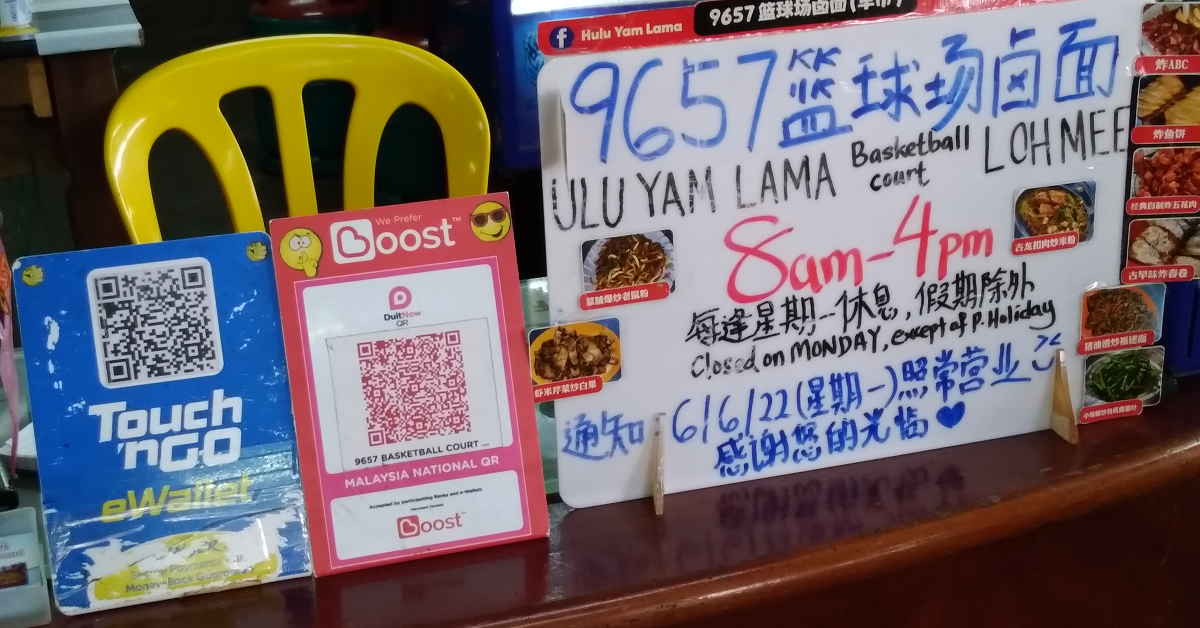 While yes, there were not as many places that offered cashless payments, there were still plenty of opportunities for transactions with TNG eWallet and Boost – and even my debit card in a pinch.

For the final test, I decided to drive along the backroads from Ulu Yam towards the Genting Highlands outlet malls, stopping by the few roadside shops and stalls along the way. To my surprise, even some of the most remote stores along these roads allowed me to pay for things via e-wallets.

By the end of my experiment, I was successfully able to go 10-straight days without using cash, as long as we don’t count that first weekend in Kelana Jaya.. However, do keep in mind that I spent most of my time in the urban areas surrounding Kuala Lumpur, only going out of the way to more remote locations once.

Do we still need cash?

As we can see from my experience, it is totally possible to live pretty comfortably without cash, at least within the city and suburbs around Selangor. Other parts of the country that are less developed may still rely more heavily on cash.

But we are certainly and surely moving in the cashless direction. Many government agencies have implemented cashless payment options in some form.

In fact, 96% of Malaysians use some form of cashless payment (cards, contactless cards and mobile contactless, mobile wallets and QR code payments) in the past year.

However, even if we do manage to reach this goal, there are still arguments as to why we should still keep some cash around.

There are certain vulnerable demographics who rely on cash. For example, those of particularly advanced age may not be able to grasp and understand the concept of e-wallets or online accounts, thus relying on cash to get by.

Connectivity problems and system errors occur all the time. In the last two years when pandemic required online schooling and working from home, the lack of broadband network coverage affected many Malaysians.

While we might be able to solve some technical problems in the future, we will likely still face these issues once in a while. In the event where a shop or business’ cashless payment system goes offline, physical money is an important backup.

Unlike digital transactions, cash can leave virtually no footprint. Many may resent being asked for contact details when paying digitally, and the associated marketing and push notifications that can go with it. It also prevents corporations from tracking your behaviour through your purchasing habits.

This applies to all the parents with young children out there. Paying an allowance in cash can help children develop lifelong saving habits. While one could also use budgeting apps to accomplish the same, the tangibility of cash is hard to top as a teaching tool.

While the cashless society is an ideal we can strive for,  it also needs Malaysians to increase their digital financial literacy.

A recent study by the Organisation for Economic Co-operation and Development (OECD) found that Malaysians scored below average in financial knowledge, with over 15% of Malaysians surveyed admitting to have accepted advice to invest in a scam while 1 in 10 respondents had accidently provided personal information to potential fraudsters.

Until we can reliably resolve the many issues that cashless payment systems come with, cash is likely to stick around for the foreseeable future.