Home › Latest Articles › Budgeting › Your Raya Grocery Expenses Have Increased By About 20% This Year! 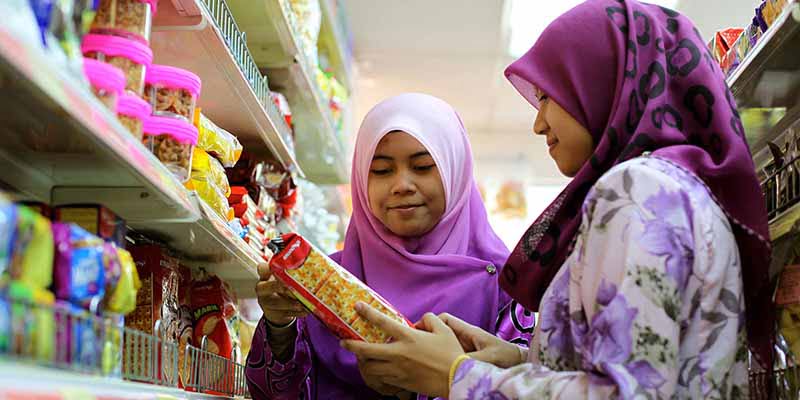 Your Raya Grocery Expenses Have Increased By About 20% This Year!

Millions of households are set for Raya, and one thing that Malaysians like to do is to flock to the nearest hypermarkets, like Tesco and Giant, to stock up for the biggest festive celebration in the country.

With this period of unashamed festive gluttony, hypermarkets are going all-out with promotions for groceries and food in their last bid to get us to spend more before the long holiday.

This is smart thinking as proven in the data from 2015, where retail sales dropped to a staggering -11.9% from April to June but rebounded during the Hari Raya celebrations, only to drop again to 1.6%.

The biggest factor stunting the retail growth last year was the implementation of the Goods & Services Tax (GST). However, by now consumers and retailers have mostly recovered, or at least, gotten used to the higher prices.

According to Tan Hai Hsin, the managing director of the Retail Group Malaysia (RGM), the Malaysian retail sector was expected to grow moderately in the current (second) quarter of this year, despite the poor consumer sentiment in the first quarter of 2016.

The truth is, we don’t need these numbers to tell us that the economy is seeing a definite slowdown, and it’s undeniable that prices of most essential food items have gone up in the past one year – and not just due to GST.

So, how much more are we forking out to stock up for Raya this year, compared to last year?

Here, we compare promotional prices of certain items from last year with this year’s prices at Giant Hypermarket and Tesco, and here’s what we found:

What went up in prices?

The question should be, what didn’t? The prices of most things that we typically purchase for Raya have gone up – some more than the others.

From our comparison, based on selected items, Tesco offers a more competitive promotional prices for the majority of the items.

In Tesco, you could see the promotional price for 10kg Cap Rambutan Rice maintained at the same price of RM25.99, while Giant saw an increment in the same item from RM26.99 last year, to RM27.99 this year.

For those who like to douse tomato and chilli sauce in your food and cooking, you would be glad to know that Tesco reduced the price for Life Chilli and Tomato Sauces from RM3.99 to RM2.99 per bottle, while Giant kept the price for RM3.99 for two years.

However, this can’t be said for most of the items we compared. These are the items that saw an increment in prices:

The highest price hike are carrots at 90%, followed by a tray of 30-piece Grade C eggs. You could get these at just RM6.79 to RM6.99 per tray during the pre-Raya promotional period last year. Unfortunately for our wallet, the price of eggs have gone up to RM7.99 to RM11.44 this year.

What’s Raya without beef rendang? If you do plan on serving this signature dish, you would definitely see a steep hike in your grocery expenses this year. The defrosted beef block from India that used to cost RM10.90 per kg last year, had gone up to RM15.49 per kg in Giant and RM12.99 per kg in Tesco.

These are just some of the items that saw a staggering price increase in our list of comparison this year.

What have gone down in prices?

However, it’s not all bleak. We also found some items that are slightly cheaper than last year’s prices.

The items that have reduced in pricing are all found in Tesco, while some of them kept the same pricing as last year’s prices in Giant.

Here is the list of items that have reduced in prices: 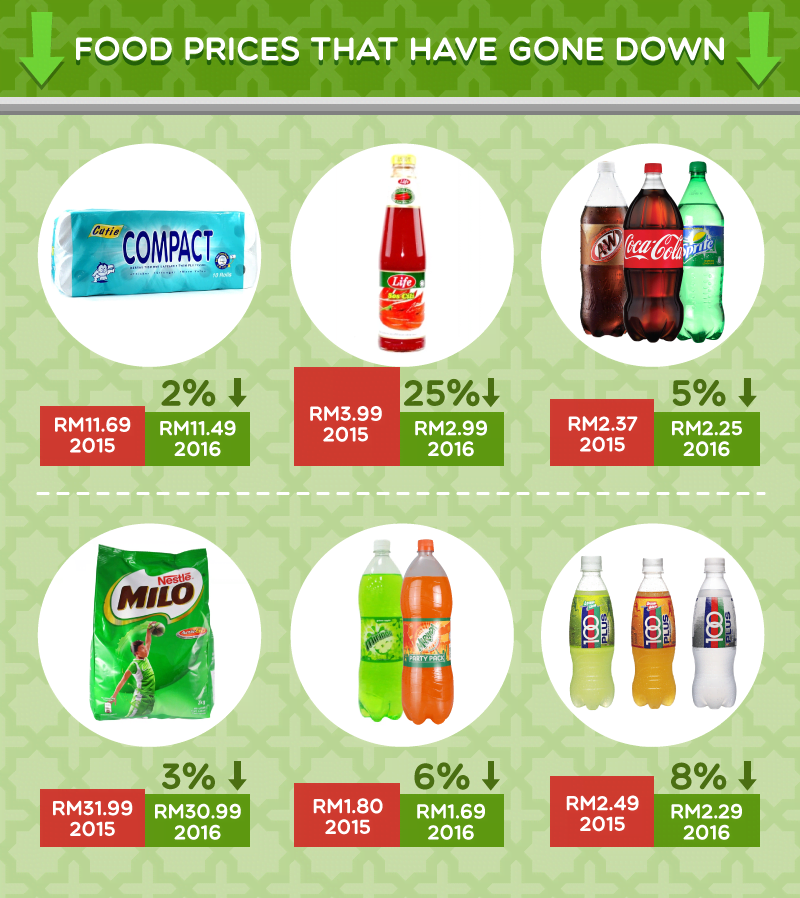 Based on the table above, the reduction of prices is quite minimal and mostly applies to drinks. This would help shoppers save some money as most households stock up on these drinks in anticipation of guests who come to their homes for open houses.

There are certain things that have kept to its old pricing such as the 10kg Cap Rambutan rice and Life tomato and chilli sauce, as mentioned earlier. Tesco also stuck to its old price for big red onions at RM0.99 per kg.

Assuming that you bought the same items in the same quantity for both years, how much would your expenses have gone up?

We’ve done the calculation to give you a better idea of the damage to your wallet caused by all these increments. As pricing for both hypermarkets that we’ve done our research on differ, we will provide separate calculation for each hypermarket. This will also give you an idea of where to go to get the cheapest Raya goodies!

Overall, you would likely see an average of 20% hike in your grocery bill just based on the prices from these two popular hypermarkets.

Does this mean this would be a belt-tightening Raya for Malaysians? For those who celebrate this special occasion, there are still ways you can lower your expenses. Go the extra mile to check which hypermarket, supermarket or even the wet market, offers the best deal for the items you would like to buy.

In times of flat economy, the onus always falls back on the consumer to make wise spending and financial decisions. This will not only stretch your ringgit further, it will also ensure you have a debt-free celebration.